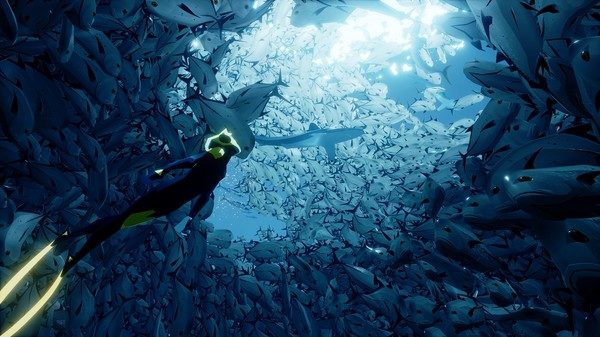 Video games have been around for decades. What started out as a nerdy obsession has grown to become an irreplaceable part of today’s culture, which raked in nearly USD $120 billion in revenue last year. That number is almost guaranteed to continue rising, as indie video games and their triple-A counterparts continue to be released.

With a nigh-uncountable number of games released to date, there’s a genre for pretty much anyone, hardcore gamer or otherwise. From classics like Smash Bros or Mario Kart to modern shooters like the Call of Duty franchise or CSGO (Counter-Strike: Global Offensive), players are drawn to the ever improving quality of the games, with the advent of increasingly advanced development software.

Hardcore players are known to pour hundreds or even thousands of hours into a wildly popular game. But even they get bored at some point and need a diversion. As it so often happens, the little guy tends to be overshadowed by the hyped-up heavyweight and things are no different when it comes to video games. We shine a light on a few underrated indie video games that you can clear in 50 hours or less. In this first-person survival horror sandbox (ain’t that a mouthful), you are stranded in a mysterious forest after surviving a plane crash. You have to build, craft, explore and scavenge your way out of the nightmare, while also trying to dodge a tribe of cannibalistic mutants.

Despite being a sandbox game, clues are scattered around the map to direct you to follow the story line. All in all, the game takes about 25 hours to complete, assuming you clear the main story and side quests at an average pace. If you’re a completionist, then be prepared to invest around 40 hours.

If you fancy some companionship, grab a friend and get ready for an exciting (and scary) time. There’s a story line to follow but at no point does the game force players to do so. Heads up, it is possible to spend the first 50 hours crafting tools and exploring the dense forests or intricate cave systems before heading back to the main story. Celeste is a 2D-platformer similar to the original Super Mario game in terms of graphics and game play. In this narrative-driven, single-player adventure, you take on the role of Madeline as she struggles with inner demons while trying to summit Mount Celeste.

The player is in for over 700 handcrafted levels filled with increasingly difficult obstacles. But these also get you some equally rewarding secrets. Oh, do watch out for several unforgiving side-levels. To complete the main story, you will need to invest roughly eight hours on average. Completionists can look to setting aside 36 hours of their time.

Calming, mesmerising and dreamlike are just a few words to describe the masterpiece that is Abzu. In this indie video game, you take on the role of the Diver, whose goal is to swim around to explore the ocean. It’s that simple. On average, it should take you between just to two to three hours to complete the game. For completionists, add an extra hour or two.

Immerse yourself in the vibrant underwater landscape of an ocean teeming with life. Corals, fish and even sharks — you name it, they have it. If you need a good break from climbing the ranks of League of Legends or feel the urge to relax after a hard day’s work, look no further than Abzu. Frostpunk presents a unique take on the classic city-building simulator, throwing in an element of survival and strategy to the mix. You take on the role as the ruler of the last surviving city on Earth in a frozen post-apocalyptic world. Throughout the game, you will face tough choices between ensuring the survival and expansion of the city and maximising resources. Laws, healthcare, food supplies and such will all be put under your purview as you try to keep your citizens alive. At some point, exploration of the world outside the city will be necessary as well.

Getting through the main story should take no more than 10 or 11 hours. However, completionists may need to pour in 20 to 30 hours more. Optimisation and limited resources will clash with empathy for the city’s citizens and strategic decision-making, but somebody’s got to make those hard choices. Will it be you? Unlike its open-world survival counterparts, Subnautica primarily takes place underwater. After crash landing on an alien-world, the onus is on you to manage your oxygen supply while scavenging for food, water and resources to survive.

Take the plunge into a mysterious underwater world filled with alien marine life as you craft new equipment, pilot submarines and attempt to outsmart the fauna. Vibrant coral reefs, underwater volcanoes, complex cave systems and much more await those who make it to the other side, so to speak.

This title takes the longest to complete among the five indie video games listed here, with average play time for the main story alone taking around 27 hours. Fortunately or unfortunately, completionists are looking at around 62 hours, so good luck and have fun.

Steam
Indie games
video games
Basil Sim
Basil is just a normal dude who religiously follows the footballing scene, video games and likes his cereals soggy. In most situations, he is usually a very good example of a bad example.
Talk to Me About: