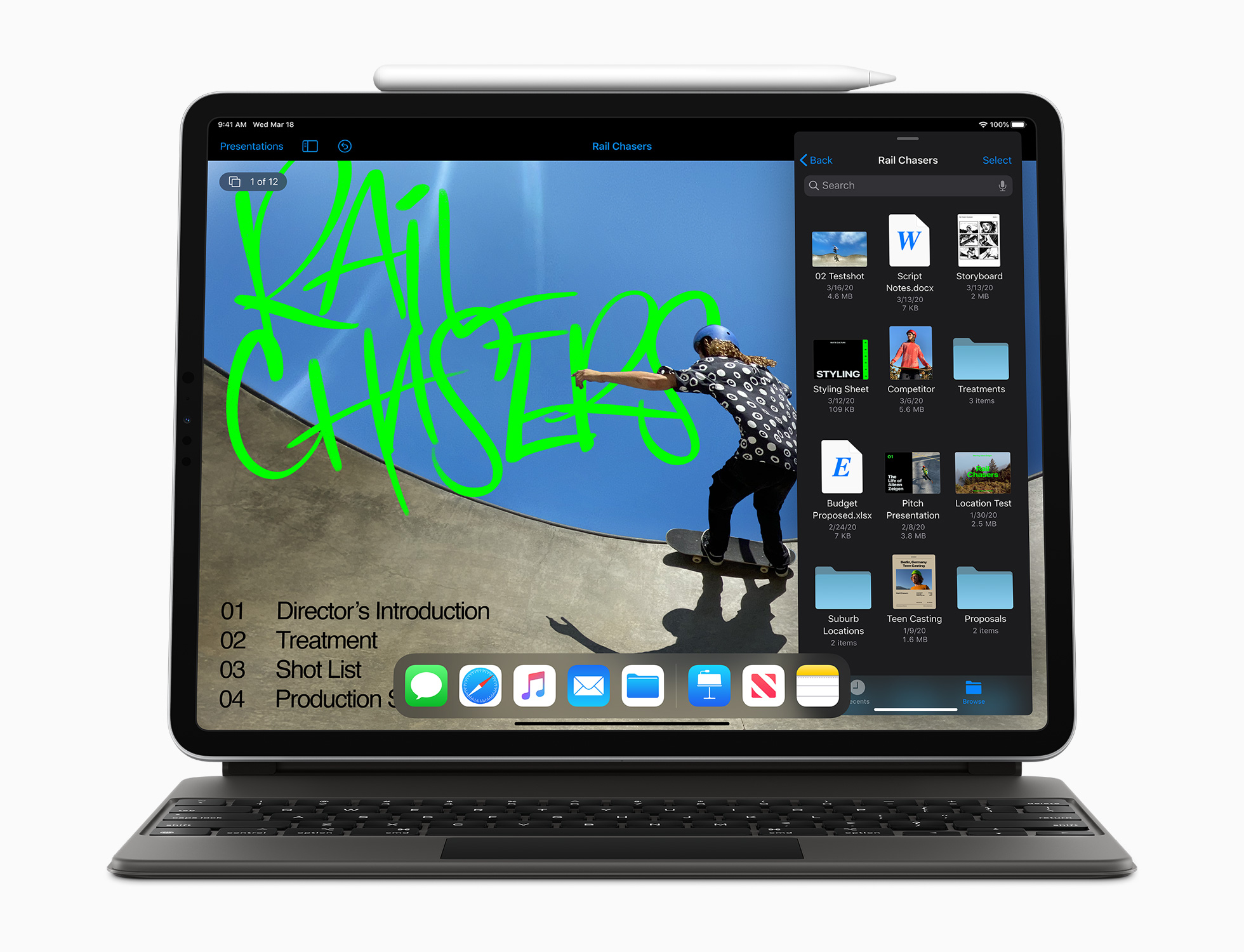 Without any sort of prior announcement, Apple introduced this week an updated iPad Pro and MacBook Air, both of which are sporting (or can sport via an attachment) a refreshed Magic keyboard.

Apple’s most advanced iPad got a performance-enhancing upgrade: an A12Z Bionic chip. The new processor supports an eight-core CPU and the company’s Neural Engine to give professional creators more intelligent performance, a longer battery-life and stronger connectivity.

The rear is outfitted with a double camera array consisting of a 12MP Wide camera and a 10MP Ultra Wide camera. According to Apple, “adding a second camera doubles the photo and video possibilities, enabling different perspectives and multi-camera use.” The lenses are complemented by a series of five microphones that record studio-quality audio.

An integrated LiDAR Scanner gives the iPad the capacity to measure objects around it up to 5 meters away. Because of this new method of understanding a scene, the device can deliver AR experiences more in tune with real life than previous generations.

With the simultaneous launch of iOS 13.4, the iPad gains trackpad support, offering users a more laptop-like experience than ever, a tool which people can enjoy with the brand’s new Magic Keyboard. The attachment provides a full-size experience complete with scissor-style, backlit keys.

The most exciting news about the updated MacBook Air is its price cut — the model now starts at S$1,449 instead of passing the S$1500 mark.

Now equipped with quad-core processors, the new laptop provides globally faster performance across all apps and tools. Graphics performance has likewise been improved by 80% compared with the last generation thanks to the Intel Iris Plus Graphics card.

Apple is straying from the problematic butterfly keys and has reinstalled those with a scissor mechanism. Storage now starts at 256GB but can be up to 2TB if necessary.

The new iPad Pro is available for order now starting at S$1,199 while the Magic Keyboard will launch in May. The starting price of the new MacBook Air is just a hair more expensive than its tablet sibling at S$1,449, available to buy now.