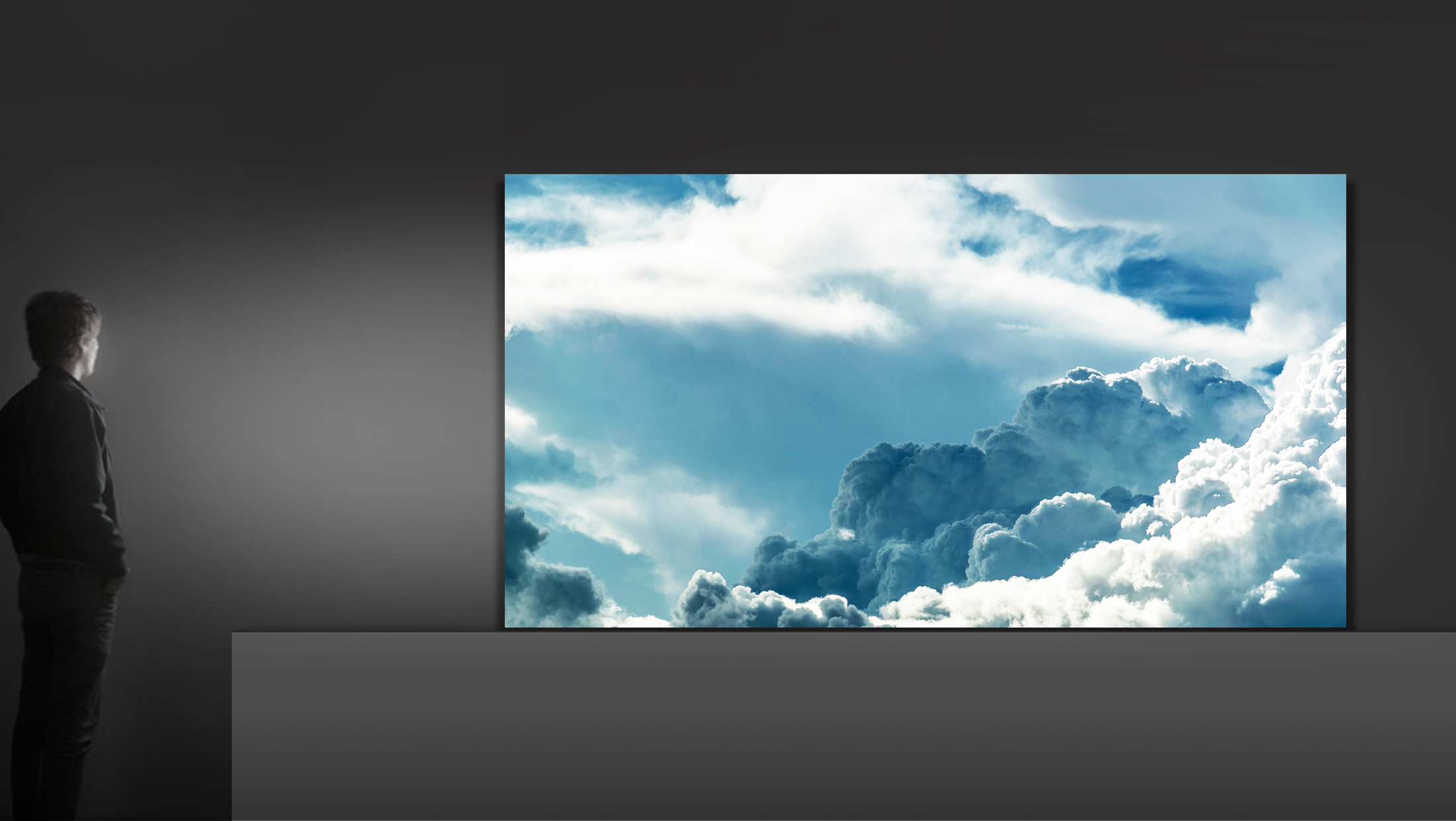 CES Updates: Our Favourites So Far

It’s the third day of tech’s biggest show of the year, the CES, and much has happened so far, including a two-hour blackout earlier this morning. If you’re still in the dark about this, the Las Vegas Convention Center, where CES is being held, suffered a power outage thanks to a heavy downpour. The incessant rain caused a flashover on one of the facility’s transformers, turning the lights out at the tech show. Ironic, we know. In any case, this year proves to be an exciting year in the world of tech, and we’ve singled out a few new launches that you ought to be looking forward to.

After brushing off AMD in the battle for GPU supremacy last year, Nvidia have set their sights on creating gigantic gaming displays. We’re talking about gaming on beastly 65-inch displays. CES tends to be dominated by new TV launches, but Nvidia is trying to nick the spotlight for a bit. The Big Format Gaming Display (BFGD) boasts G-SYNC, 4K gaming, a 120Hz refresh rate, and an in-built Nvidia Shield, which is the company’s proprietary media streamer. The price for these crazy devices hasn’t been made public yet, but we’re confident you’ll have to dig deep into your pockets for them.

Dell has sensed a gap in the industry for computers that can handle both business and gaming, and don’t weigh 4kgs. We know there’s the Razer blade that’s both sleek and powerful, but thanks to niggling issues it never really took off. Dell is throwing its hat in the ring with the XPS 15 2-in-1, and while it could have been named better, it’s what is beneath the hood that has us intrigued. The new addition will come with an 8th-Generation Intel Processor and AAA game-ready graphics provided by a Radeon RX Vega M graphics card. The best part of it all is it retains its sleek 16mm form.

By- who? You may not have heard of Byton, but this Chinese car company has been making waves at this year’s CES. It unveiled the Byton Concept EV, which is a tease of what the production model will be like come late 2019, and it is simply electrifying. At this year’s show, they showed us the future of electric cars. Instead of focusing on top speeds and emissions numbers, Byton honed in on user experience. The highlight of the concept car is the gigantic screen that spans the whole dashboard. It’s fully interactive, and can be controlled via touch and gestures. Good news is it will be available on the production model as well. The Verge got to ride in the car before Byton’s show, so if you want to take a closer look, watch this video here.

We know it’s going to be a while before it hits our shores, but Singapore is slowly but surely moving in the right direction when it comes to electric vehicles. There are a few here already, and new emissions regulations provide a rebate for electric vehicles so hopefully by the time the Byton hits the market, we’ll be able to get them here too.

If you’re a serious audiophile, who’s likely to cough up over a thousand dollars on a pair of headphones, AKG has a new pair that will perk your ears up. Expanding on their studio-on-the-go series, the N5005 headphones will come with interchangeable cables, ear tips, and filters so you can alter the setup to suit your preference. If you’re balking at the price tag, just keep in mind when we have endorsed other similar priced earphones, like Beyerdynamic’s Xelento. We’re not sure if this pair warrants the exorbitant price yet, we’ll just have to wait until we get our hands on a pair.

It’s been 20 years since Sony introduced the aibo. Short for ‘Artificially Intelligent Robot’, it’s gotten a lot cuddlier and smarter since its predecessor. The new aibo has a battery life of 2 hours and takes 3 hours for a full charge, but it can do a lot more. It can take photos, recognise people and the more you interact with it, the more it will react to you. While we’re not impressed by the battery life, at least aibo knows to charge itself when it’s running out of juice. Sony will offer regular updates and additional functionality over the air, but here’s the cost to your wallet: US$1,800 and a US$30 per month subscription to the aibo system. It’s only available in Japan for now. If you’ve ever wanted a smart dog that doesn’t poop, aibo’s your dog.

Ok yes, there’s plenty of short throw projectors on the market at the moment, but who would not want a 146-inch giant television wall? Samsung‘s modular television that utilises a new technology called ‘MicroLED’. It consists of micrometer LEDS, much smaller than current LEDs and self-emitting so it doesn’t require a backlight. More interestingly, it’s modular, so you can go bigger than 146 inches. It’s called The Wall, and all we want to know at the moment is: how much is it and when can we get it.

We’ll be frank, we’ve never thought of Vivo as a groundbreaker in terms of phone technology. But yesterday it showed a brand new technology that was supposed to go into the iPhone X and upcoming Samsung Galaxy S9. Vivo is the first phone maker to provide an in-screen fingerprint scanner. Made by Synaptics, it literally has a scanner that sits under the screen. When activated, it lights up the fingerprint scanner part of the screen. It is slightly slower than conventional fingerprint scanners, especially compared with the Pixel 2‘s new scanner. However, that’s a small price to pay for a much larger screen space. We have to say, we’re incredibly impressed that Vivo managed to make this possible even before the giant that Apple is.

LUCI‘s Immers technology offers one of the most interesting pieces of virtual reality hardware we’ve seen recently. Sure, wireless VR headsets have been coming in vogue for the last few months, but at CES they took on new energy. LUCI’s Immers is probably one of the sleekest piece of VR hardware we’ve seen around, looking more like a cool pair of shades than anything else. It’s opaque, however, so you can’t actually use it as shades. But we’re hoping the next edition will offer the same technology as Transition lenses do. It weighs just 185 grams, so it’s not painful on the face. It will deliver 3D 4K resolution performance. Now we’ll wait and see if the other players on the market (HTC, Samsung) can compete.