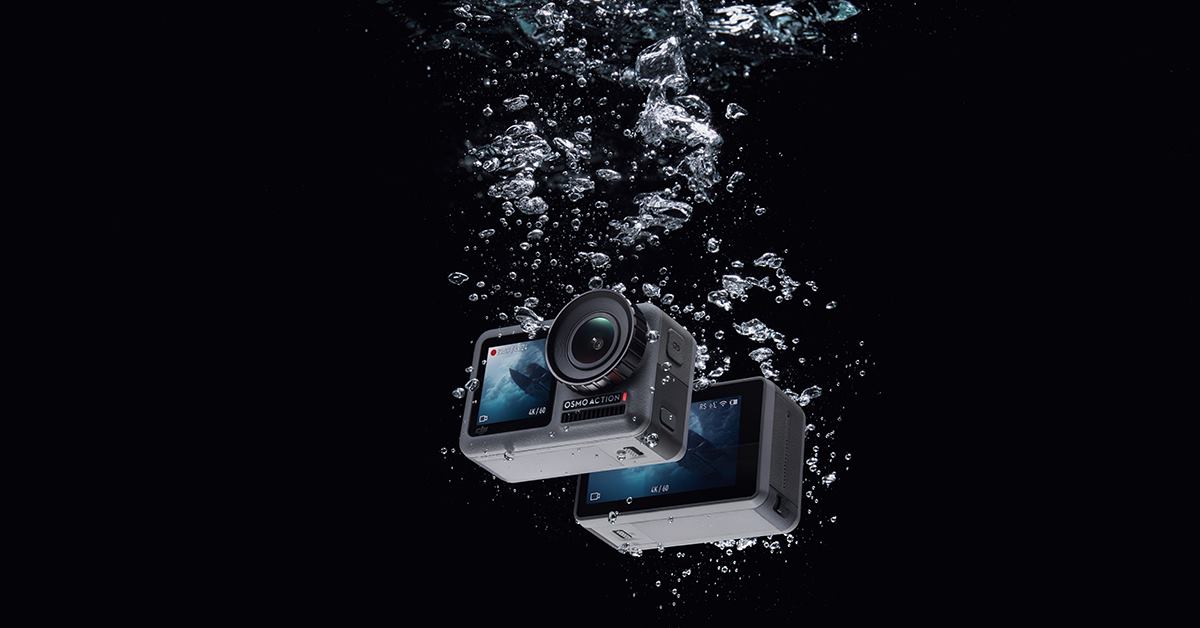 Review: The Fourth-Generation Apple iPad Air Is The Ultimate Portable Workhorse
GearRead More
Catch The Hermès Autumn/Winter 2021 Show Live From Paris
StyleRead More
Sip On These 5 Cocktails That Are Under 200 Calories
Food & DrinkRead More
Will Music Streaming Spell The End Of Radio As We Know It?
CultureRead More
Want the low-down on the latest rides and gadgets? We have it all. Sign up to receive it.

When GoPro burst into the scene in 2002 with its range of action cameras, it became the go-to for ardent adventures seeking to enhance their travel vlogging experiences. The GoPro Hero series allowed users to capture videos from a first-person perspective — so they could star in their own travelogues — and could deliver quality images regardless of terrain.

For a while, the choice of an action camera probably revolved around GoPro’s options, which were priced between S$500 to S$600. These may cost a pretty penny, but are usually well worth the investment. Take for instance, the GoPro Hero 7 Black, the brand’s most recent product released at the end of 2018. It was a higher-end camera in terms of price (S$600) and functionality compared to its white and silver counterparts, which were launched at the same time.

It boasts Hyper-Smooth technology (a function which the Silver and White versions do not possess) that steadily records in 4K 60fps, shoots in 12 megapixels (comparable to an iPhone XS and Samsung Galaxy S10 image quality), is waterproof for 10 metres underwater, and activates under voice control. Not to mention, the black version is the only GoPro compatible with its drone, Karma. Talk about a marvel innovation.

Gear Read More
The New Leica-CL Camera is a Stunner

However, GoPro isn’t the only player in the market now. Recent years have seen tech companies putting pressure on the American brand by coming up with cheaper, similar and even better action cameras. So, if you’re looking to invest in an action camera, here are four alternatives you might want to consider instead of the GoPro Hero 7 Black.

Equipped with its own Rock Steady technology, the Osmo Action records at a similar 4K 60fps, captures at 12 megapixels, and has a voice control function. It is also shockproof for 1.5 metres and waterproof for 11 metres underwater. Compared to GoPro Hero 7’s 2-inch touchscreen, the Osmo Action has a 2.25-inch touchscreen which allows for easy navigation and control of the camera. What’s better, it saves an extra S$100 that can be used on additional accessories like DJI’s tripod and smart battery.

The VIRB Ultra 30 may only be using a gimbal-like stabilisation technology and has a 1.75-inch touchscreen, but its stats are close to GoPro Hero 7’s. Recording at 4K 30fps (the difference is unnoticeable as compared to 4K 60fps), Garmin’s tech captures images with the same 12 megapixels. It also has a one-touch and voice control capability. With a case installed, it can be shockproof and go up to 40 metres underwater. It might not be able to dethrone the GoPro Hero 7 Black, but if you own any of its predecessors like the GoPro Hero 5 Black, it’s time for an upgrade.

With an affordable S$100 price tag, Xiaomi shows how the functionality of its action camera isn’t compromised by price. While YI Discovery is equipped with a bigger 2.19-inch LCD touchscreen, the action camera is also able to record at 4K 30fps and capture images with 12 megapixels. Similar to the aforementioned Garmin, this action camera uses the same stabilisation technology and can go underwater for 40 metres with a waterproof case.

Some of us might find the video and photography functions of a DSLR or an iPhone good enough. But should there be a need for a sidekick, look no further than the Dragon Touch Vision 4. Despite being the most affordable option on this list, this action camera is just as good as the others mentioned above. In addition to its 16 megapixels image quality, Dragon Touch Vision 4 delivers a smooth and steady video with its 4k 30fps recording function. Once equipped with a waterproof case, it can go as deep as 30 metres underwater. Other than its ability to act as an action camera, it can also function as a dashboard camera for your vehicle.

Gear Read More
Buy now or wait — The best cameras in 2019 smartphones
tech
Garmin
gopro
action cameras
Lester Tan
Lester is into films, food and basically anything culture related under the sun.
Talk to Me About:

WhatsApp Has Updated Its Terms And Its Rivals Are Reaping The Benefits
AFP Relaxnews
Gear
The New, Unusually Restrained Rolls-Royce Ghost Is A Masterclass In Elegance
Jon Wall
Gear
From Gaming To 5G, These Will Be The Biggest Tech Trends Of 2021
Mikhail Gomes
Gear
Bugatti Speakers You Want Parked In Your Living Room
Richard Augustin
Gear