Homepage > Gear > Tech > Is the Klipsch T5 True Wireless the next breed of wireless earphones? 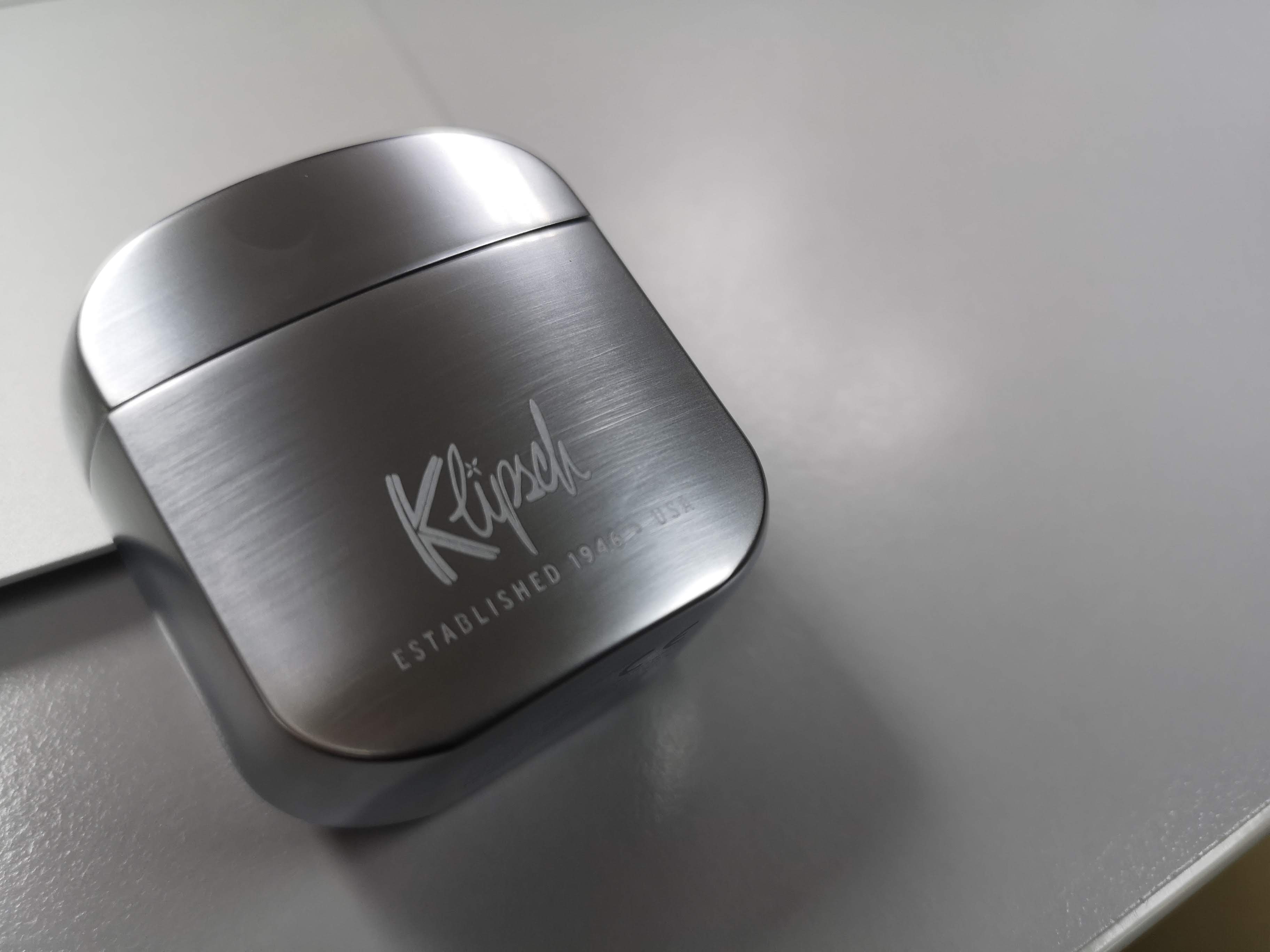 Is the Klipsch T5 True Wireless the next breed of wireless earphones?

As someone who enjoys listening to music on his phone and has a history as a performing musician, I’m always on the lookout for that elusive middle-ground that exists between faultless audio fidelity and modern convenience. Truth be told, it hasn’t been a fruitful quest. The laws of engineering are pretty clear on the subject of wireless earphones: going cord-free will cost you some in terms of sound quality. Of course, I’m not the sort that gives up easily, which is why when Klipsch’s announced its latest T5 True Wireless earphones, my curiosity was piqued. So, is the new Klipsch T5 the new grail of true wireless earphones? Not exactly, but it comes pretty close.

Klipsch brings a tried-and-tested formula to the table with the T5 (its first ever true wireless earphone), albeit with some unique tweaks that make the product a standout and worthy of flagship status. The first feature I noticed was the patented oval ear tips, which Klipsch claims to reduce ear fatigue. Personally, I’ve never had issue with my ears feeling worn down by in-ear monitors. However, the design of the ear tips are such that they fit extremely well – something that I truly appreciated.

Giving my head a vigorous shake failed to loosen the earphones in any significant way, as it was with repeated bouts of jumping and flailing (done within the sanctity of my room of course). An IPX4 rating also makes the T5 a decent choice for sports earphones. This means that even if the harshest of runs lays you flat out on the ground, at least you’ll get there with a killer soundtrack playing in your ears. The lack of ear wings may preclude it from more intense workouts like HIIT circuits though, where more vigorous movement might put the earpieces at risk of dropping out.

When paired with a Bluetooth 5.0-enabled smartphone, the effective range of the Klipsch T5 is listed as being up to 10m. To put things in perspective, I was able to leave my phone in my bedroom, walk all the way across my five-room house to the kitchen for a snack and not suffer any signal drop. Streaming content from YouTube and Netflix was also lag-free – a tangible improvement over the previous Bluetooth 4.2.

Another cool feature of Bluetooth 5.0 peripherals is the dual audio functionality. In other words, you can have two pairs of T5s connected to the same device, streaming audio to both simultaneously. You can even stream two different audio sources to two different audio devices at the same time (i.e. two people listening to two different pieces of music from the same phone). Most current-gen smartphones (like the Samsung Galaxy S8) are already taking advantage of this nifty feature.

The icing on the proverbial cake comes in the form of the T5’s charging case, which is modelled after a Zippo lighter. It features a hinged top cover that opens and closes with a satisfying “click”. While the hinge system does seem fairly robust, I wouldn’t go around mindlessly flipping it like you would an actual Zippo lighter. The case is constructed with a brushed aluminium finish that feels very high quality. It does smudge a little too easily for my liking, but that’s mostly because I tend to have sweaty palms.

In the unlikely event that I drop the T5, I wouldn’t be too concerned about the earphones being damaged due to the density of the charging case – it’s practically a tank. The sturdiness of the case can be a double-edged sword: those who are used to carrying their earphones in small plastic or foam cases might find the heft of the case a bit off-putting.

An audio peripheral jam-packed with all the technological marvels of the digital age won’t mean jack if it can’t even deliver on the basics. I review the Klipsch T5 on three levels: reproduction, clarity and richness.

Disclaimer: You can forget about getting vinyl-level quality audio from a wireless earphone + smartphone set-up. Even with the higher sampling rates of 96 kHz, there are nuances that digital reproductions just cannot capture. CD audio fidelity makes for a better and more realistic benchmark in such cases.

The T5’s frequency response (10Hz – 19kHz) puts it well within the industry standard (20Hz – 20kHz), with increased emphasis on the bass. Now, you may not be able to hear anything below 20Hz but you will feel it, and it does add to the overall aural experience. Kick drums and bass lines come through with enough depth and punch without drowning out the other frequencies. I’m usually cautious of earphones when they advertise their drivers as having a “full bass”, but I was very pleased with the T5’s execution of this claim. Mids are lush and warm, although I would have appreciated more detail on the treble. Cymbal crashes and chimes are clean but don’t have quite the same “sparkle” effect as they do with mounted speakers. Understandably, this would only have been achievable with a dedicated tweeter. For a wireless earphone however, the T5 performs admirably across the audio spectrum.

Now, depending on the degree of your audiophilia, it could be argued that the T5 drops the baton when it comes to sound clarity. For the average enthusiast who appreciates a good soundstage, the T5’s aptX and AAC conversion technology provides an open audio stream with minimal compression. If you’re a hardcore connoisseur however, you would probably bemoan the absence of aptX HD and LDAC support. Nevertheless, the T5 punches way above its class – I was able to listen in on the crowd’s conversations mid-set with Guns ’N’ Roses’ Live Era ’87 – ’93. The T5 also responds well to higher-register vocals. Bringing up the volume further showcases the robustness of the driver; the audio was distortion-free even at max volume.

The amount of detail you get with the T5 is truly impressive and holds it own against higher-priced competitors like Jabra’s Elite Active 65t. Fans of instrumental songs will appreciate the richness it brings to horns and strings, which makes listening to songs like Queen’s Bohemian Rhapsody an absolute joy. If your playlist consists of songs that feature synthesisers and other modern pop instruments, then you may not get as much as you’d like out of the T5 due to the slight lack of high-end definition. To put it in abstract terms, it doesn’t breathe as well as an open-back headphone.

No complaints in the noise-isolation department; nearly missed my train stop on a number of occasions due to me not being able to hear the announcements. That said, it may not be the best idea to don the T5 if you were to say, go cycling on the road. If you happen to be seated next to a crying child on a plane however, then the T5 is a godsend.

Pairing the Klipsch T5 is relatively straightforward. Removing them from the charging case automatically turns them on and puts them in pairing mode. If for some reason the earphones fail to enter pairing mode, you can trigger this manually by clicking the right earpiece’s button three times. One thing worth noting: you can only initiate pairing with the left earpiece first. This will then prompt you to link up the right earpiece. While this may seem perplexing to some, the option of having just one ear plugged in can be useful in certain situations (e.g. working in an office where you need to keep one ear free for verbal information).

The status of both the earpiece and the charging case are indicated via discreet LEDs. Changes in status are denoted by the number of blinks given by the LEDs and are easy enough to spot, even in broad daylight. The charging case also comes equipped with magnetic hard points that keep the earpieces anchored when inserted.

My only complaint on this front is the push buttons of the T5. There is a fair bit of resistance with these buttons (presumably to discourage accidental clicks), meaning that the user would have to employ a larger measure of force to activate them. Doing so with the earpieces plugged in wasn’t uncomfortable per se, but I did have to be more conscious about clicking the buttons to avoid driving the earbuds deeper into my ear canal. Substituting the click buttons with touch sensors would have been a nicer touch and one more befitting of the T5’s current position within Klipsch’s catalogue.

The T5’s charging case has a considerable heft despite its slim form factor. Nevertheless, it scores high on the portability front. For men, the case fits well in the front pocket of most pants. Ladies would also be happy to know that the case takes up very little in terms of handbag real estate. The included USB-C charging cable and adapter also means that the case can be charged almost anywhere, be it from a laptop or a wall socket.

At full charge, the Klipsch T5 provides eight hours of battery life and an additional 24 hours of juice when combined with the charging case. You could take the MRT around the island twice and still have enough leftover in the earphones ALONE to do it again. That’s impressive no matter how you slice it. For long-haul flights or treks of a similar nature, the T5 manages to hold its own without issue.

For its price, the Klipsch T5 is clear winner over the usual suspects like Apple’s AirPods in terms of sound quality and comfort. It even manages to stand on the same stage as Sennheiser’s Momentum True Wireless, despite coming in at a lower price point. The T5 is not without shortcomings however. As scant as they may be, they are enough to keep the T5 from being an absolute “must-have”. Nevertheless, the T5 is a fine example of the standard wireless earphones should aim for when manufacturers endeavour to marry a high-quality listening experience with cordless convenience.

bluetooth earphones klipsch t5 wireless
written by.
Evigan Xiao
Writer
Evigan is an avid fan of bench-made boots, raw selvedge denim, single malt Scotch and fine watches. When he's not busy chuckling over image dumps on Imgur, he can be found lifting heavy objects in the gym or fussing over his two dogs, Velvet and Kenji. He dreams of one day owning a cottage in the English countryside and raising a small army of Canadian geese to terrorise the local populace.
Men's Fashion luxury watches fitness Technology