Tesla has launched a Wireless Charging Platform whose design draws inspiration from the company’s Cybertruck. The wireless charging pad is capable of rapidly charging up to three devices.

Tesla says that “the angular design and metallic styling of Cybertruck” inspired the look of the wireless charging platform. Interestingly, the launch of the Cybertruck has been delayed for quite some time.

Wireless charging mats for multiple devices are not a new thing; Apple tried to build its AirPower with a similar purpose, but the gadget was canceled as it failed to meet expectations.

Total of 65W for three devices

As per Tesla, the Wireless Charging Platform can simultaneously charge up to three devices. Each of the devices gets 15W of fast charging power. Thus the total output charge is 65W.

The device has Tesla’s FreePower technology. According to the company, it can charge “Qi capable devices such as phones or earbuds.”

The sleek shape of the pad allows the devices – such as two smartphones and charging case of TWS earbuds – to be placed next to each other. Tesla says that precise alignment of the devices are not necessary and that they can be placed anywhere on the charging platform.

However, the entire surface of the device needs to be on the platform. 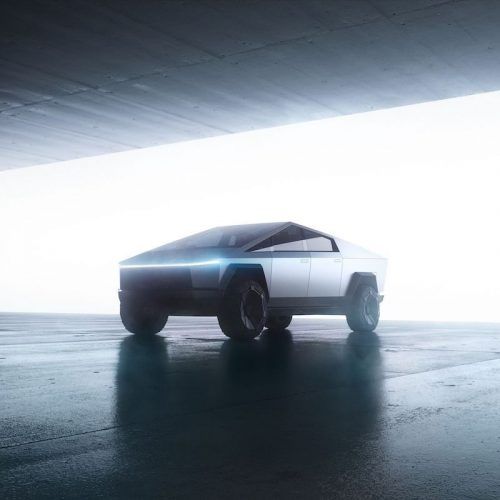 Price and other details

Tesla’s mat will begin shipping in February 2023. It can be pre-ordered for USD 300 on the official Tesla site.

The Elon Musk-led company says that the platform has an aluminum housing and “premium alcantara surface.”

The platform comes with a detachable magnetic stand, which helps to position it at an angle where the phones and other devices are clearly visible. The platform can also be placed flat.

The Wireless Charging Platform comes with a USB-C cable integrated with wireless charger and 65W USB-C power adapter to power the main platform.

Gear
POCO X5 And POCO X5 Pro: Looking At Their Specs, Prices And Availability
1 day ago

Gear
Hogwarts Legacy Early Reviews: Twitter Is All Praise For The Harry Potter RPG
1 day ago

Gear
Apple Might Be Developing The ‘iPhone Ultra’, Its Most Powerful And Expensive iPhone So Far
2 days ago

View all Articles
Gear
Everything You Need To Know About Anthropic, Google’s New AI Startup Investment
2 days ago

Gear
What Are The Dangers Of ChatGPT?
5 days ago

From Galaxy S23 Ultra To OnePlus 11, The Best Smartphones Releasing In February 2023

Meet Bryan Johnson, The Man Who Is Spending USD 2 Million A Year To Look 18 Again