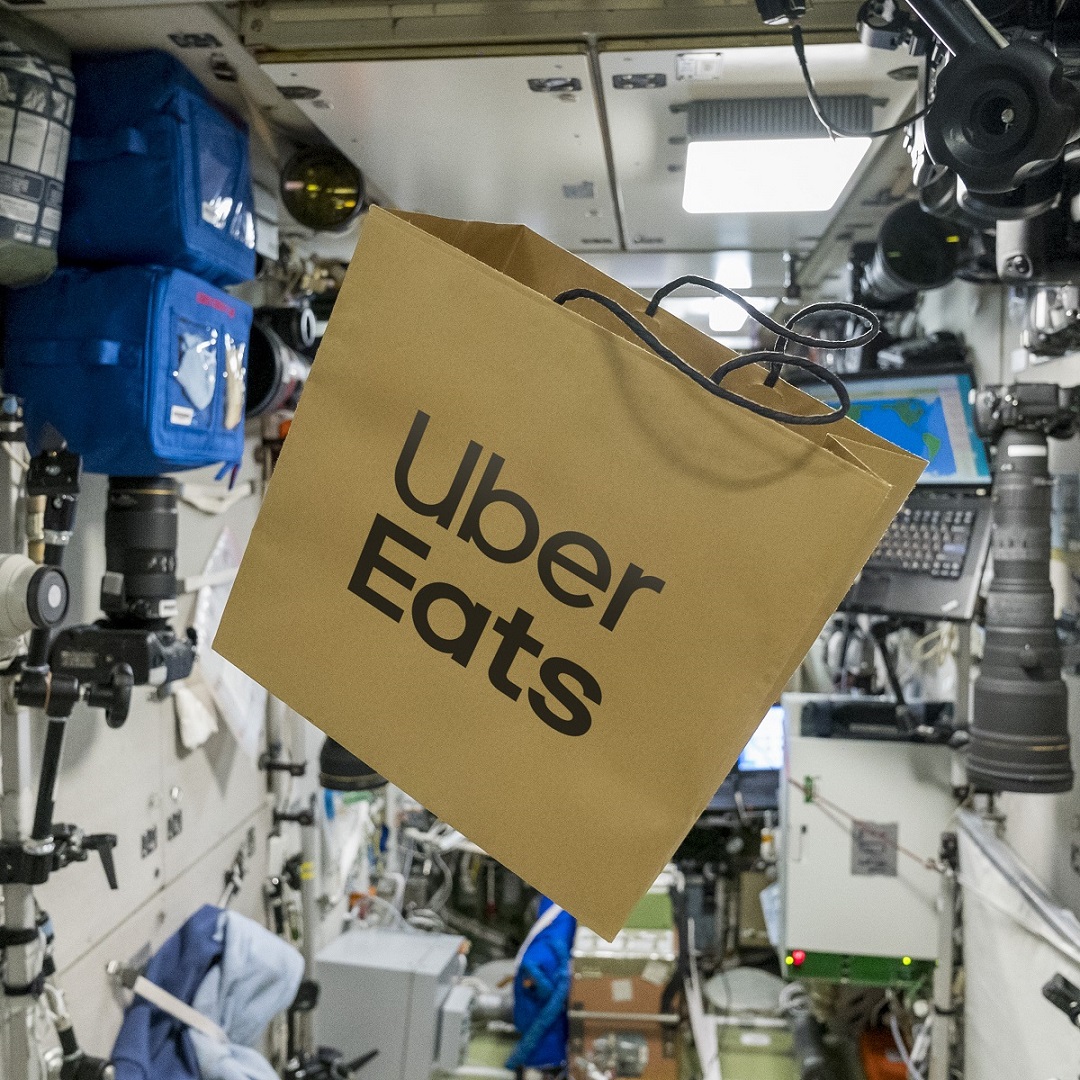 Uber Eats Just Made A Delivery In Space

Uber Eats has just a delivery in space thanks to Japanese entrepreneur Yusaku Maezawa. The historical feat was made on 11 December 2021.

Maezawa, who is described as a “delivery superfan” by Uber Eats, handed ready-to-eat canned Japanese dishes to astronauts at the International Space Station (ISS).

How did Maezawa reach the ISS?

Maezawa took off in a Soyuz spacecraft from Baikonur Cosmodrome in Kazakhstan and completed the 400-km journey to the ISS in 8 hours and 34 minutes. The Japanese billionaire is spending a 12-day vacation at the ISS.

“Today, we are proud to share that Uber Eats made our first ever food delivery to space. Expanding our global footprint beyond earth’s surface has been a longtime dream and we are thrilled to partake in a small piece of history,” the company said in its statement.

“This delivery marks one giant leap for Uber as we’re committed to helping people go anywhere and get anything — now, including space,” added Uber Eats.

Following the delivery, Uber CEO Dara Khosrowshahi jokingly said on Twitter, “This delivery took a bit longer than our normal 20-30 mins, but in our defense it was a pretty long trip!”

What did the astronauts eat?

What’s interesting for people on Earth?

For those on Earth who want to savour the delicacies delivered at the ISS can do so by simply ordering from Uber Eats.

The food delivery platform has an offer for the first 24,800 people. Using the promotional code SPACEFOOD, customers can get a discount of USD 10 off on orders worth USD 20 and more. The promo, Uber Eats, says is “to celebrate the distance from Earth to the ISS”.

ISS Japanese space Uber Eats Yusaku Maezawa
written by.
Manas Sen Gupta
Manas enjoys reading detective fiction and writing about anything that interests him. When not doing either of the two, he checks Instagram for the latest posts by travellers. Winter is his favourite season and he can happily eat a bowl of noodles any time of the day.
Travel Food Culture entertainment