Our brands
Homepage > Gear > Tech > Who’s in the race for the world’s first foldable smartphone, and why do we want one? 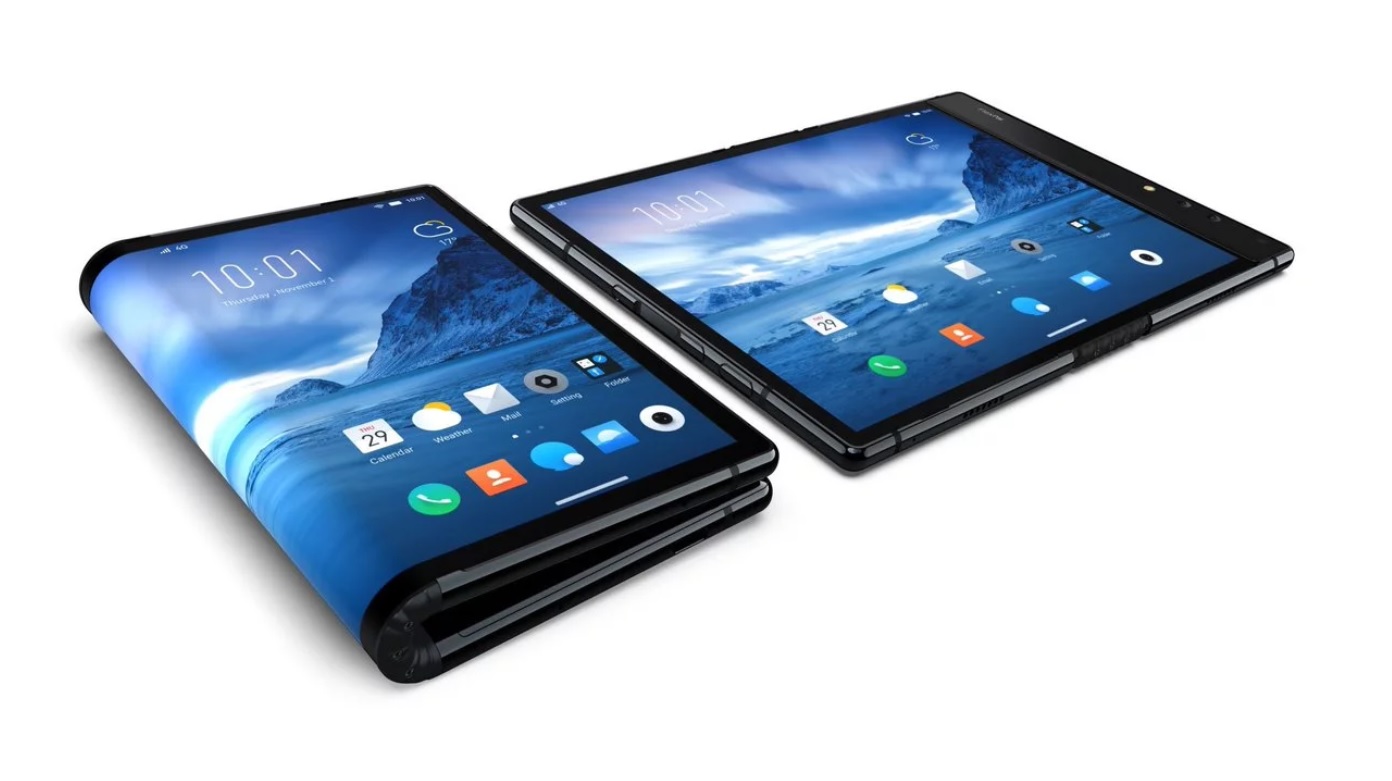 Who’s in the race for the world’s first foldable smartphone, and why do we want one?

THERE’S a second finish line to cross before history remembers a “World’s First”. The first touchscreen phone was most definitely not the original Apple iPhone (if you recall, it was really an iTouch with phone capabilities) – but it’s top-of-mind for most consumers as its make, quality of touchscreen and scale of production made it the iconic model that popularised the tech in phones.

Fast forward one decade and there’s an arms race on a second frontier. The rush to be the first brand and product to redefine the form and function of our indispensable smartphones is on. Billions of dollars of R&D are being pumped into fashioning the first foldable phone to market on a large scale.

Why is this a thing?

And why would bendable screens be such a big deal? Well, imagine taking your current phone out of your pocket, then unfolding it like those tourist maps that come in brochure form. You’ve gone from a pocket-sized entity to a screen the size of a laptop. Throw in a few more years of research and perhaps part of that screen can be folded into an L-shape to give you a rudimentary keyboard and trackpad.

The tablet and smartphone makers of today have already knocked off a sizeable chunk of the old PC/Mac markets and are rolling in the dough for it – foldable screens are just one of the last hurdles in conquering the limitations of their pocket-size device and inventing a product that we can seamlessly work, play and live off on.

Granted, the current iterations of these flexible screens seem chunky and  a far cry from the vision painted above. But then again, touchscreens were once upon a time the stuff of dreams, yet toddlers today instinctively swipe random surfaces to ‘unlock’. Now’s a good a time as any to take stock, particularly considering the recent reveal of a working protoype by unknown Chinese company Royole – which we’ll start with.

Chinese manufacturer Rouyu (Royole) got the drop on the bigger companies in this list a few weeks ago by announcing the FlexPai – a full-featured Android smartphone that can operate in both ‘tent mode’ and tablet mode. You can take a gander at the specifics here – it’s basically got the muscle of an above-average flagship – but what’s interesting is that it puts a seemingly finite number on the number of folds (and, presumably, unfolds) the device can take: 200,000. Then again, if you do the math, that’s still 27 years of use even if you switch configuration 20 times a day. Pre-orders for developer models, priced at US$1588 for the 128GB model, are ongoing.

Will this be remembered as the phone that launched a million orders? It doesn’t look like it. Preliminary reports from tech sites like The Verge reported sluggish function and wonky orientation issues – that’s what you get when you’ve got screen on every side, I guess – but these guys are closer to the holy grail than anyone else has been.

A whole two years after announcing it was going for the bendy, Lenovo revealed a really short (and poorly-shot) clip on Weibo, yet it could be the most honest one yet. This prototype bends in a way that suggests it can double up as a wearable. What’s concerning though, is that there’s already signs of wear in the video. Look closely at where the bend occurs and you may spot a blotch of dead pixels along the outer perimeter of the screen. This could well be a recurring issue for not just Lenovo, but any of the manufacturers on this list. Perhaps the future isn’t just here yet.

Huawei’s rapidly cementing itself as a top smartphone brand in the world, scoring sales figures coups in notable parts of the world such as greater Europe and many Asian markets. But even they’re sensible about rollout – only 20,000 to 30,000 units aimed at “first-wave adopters” are on the cards, a source told the Nikkei Asian Review.

They’re heavily leaning on the growing capabilities of Chinese firm BOE – already Huawei’s supplier and currently the world’s largest panel maker for TV screens – and are clearly taking the fight to Samsung, the other heavyweight in both the smartphone and screen arena.

Already market leaders across multiple electronics segments, the Korean heavyweight was quick to retaliate to the Royole announcement with teasers of their own, which eventually culiminated in a Nov 8 reveal at a developer conference in San Francisco. This Mashable video shows the best bits and tightest shots. The first workable models of this mystery phone, however, are slated for 2019. What we’re seeing is good old flip phones coming back – in certain parts of the world, such as Japan, they never really left.

Prepare for a blast from the past as the clamshells of old take a shot at the boring design language of the current smartphones – and who better to fire the first salvo than the folks behind the Motorola Razr? Relative to the other design innovations that its contemporaries are bringing however, it seems more of a step back than two forward. We’re not exactly sure we can do a square-shaped nugget in our pockets, however, that shape seems reserved for the wallet. Still, this is easily the most compact of the lot when in folded form, and that could be the deal-clincher for many.

As is tradition, Apple’s keeping its cards close to the chest. It’s leaving the dedicated fandom to stalk the patents submissions page for concepts alluding to this new arena, and come up with wild concepts of their own. And stalk them the fans have. By now the Cupertino kingpin has filed twice for technologies related to screens of a bendable nature, but it’s not attempted to drum up any suspense of a paradigm-shifting product line. One thing’s for sure – if it continues shedding ports the way it ditched the 3.5mm jack, it’s in good position to have the slimmest offering on the market.

The Rock And Spider-Man Added To Fortnite Chapter 3