Best One Liners From Friends To Relive The Show’s Funniest Moments
CultureRead More
EXO’s Sehun Stars In Dior Men’s Fall 2021 Collection
StyleRead More
F&B Dining-In To Cease, Social Gatherings Limited To Two: Singapore Rolls Out New ...
CultureRead More
Qatar’s Floating Eco-Hotel Concept Is Designed To Generate Its Own Electricity
TravelRead More
Want the low-down on the latest rides and gadgets? We have it all. Sign up to receive it.

The issue of e-mobility has garnered more attention over the decade as part of a larger conversation around sustainable living. It’s a field that offers ample room to innovate and grow, especially since hybrids and pure electric vehicles can perform as well as their traditional counterparts while incurring smaller carbon footprints. The Porsche E-Hybrid platform is, unsurprisingly, leading the pack here. Porsche is a pioneer in e-mobility. It first announced plans to produce a hybrid version of the Cayenne in 2005. A prototype model was subsequently unveiled in 2007 before a production model, the Cayenne S Hybrid, was launched in 2010.

That same year saw the presentation of the 918 Spyder, a hybrid sports car that proved how performance and e-mobility are not mutually exclusive – you can have your proverbial cake and eat it too. Porsche dubs this E-Performance: an overarching concept that encompasses the car, its energy, and the connectivity between them – putting the driver at the heart of its technology and engineering.

Porsche’s E-Performance concept has given rise to a range of E-Hybrid vehicles designed for maximum power and low fuel consumption. The E-Hybrid platform doesn’t just boast a hybrid drive, but also on-demand driving modes and ergonomic infotainment systems that collectively elevate the driving experience to a whole new level. As the E-Hybrid models are designed as plug-in hybrids, electrical recharging to supplement conventional refuelling is a cinch too. Porsche’s E-Hybrid vehicles can be charged anywhere – even at home – and are all delivered with the Porsche Mobile Charger and its wall mount as standard equipment. 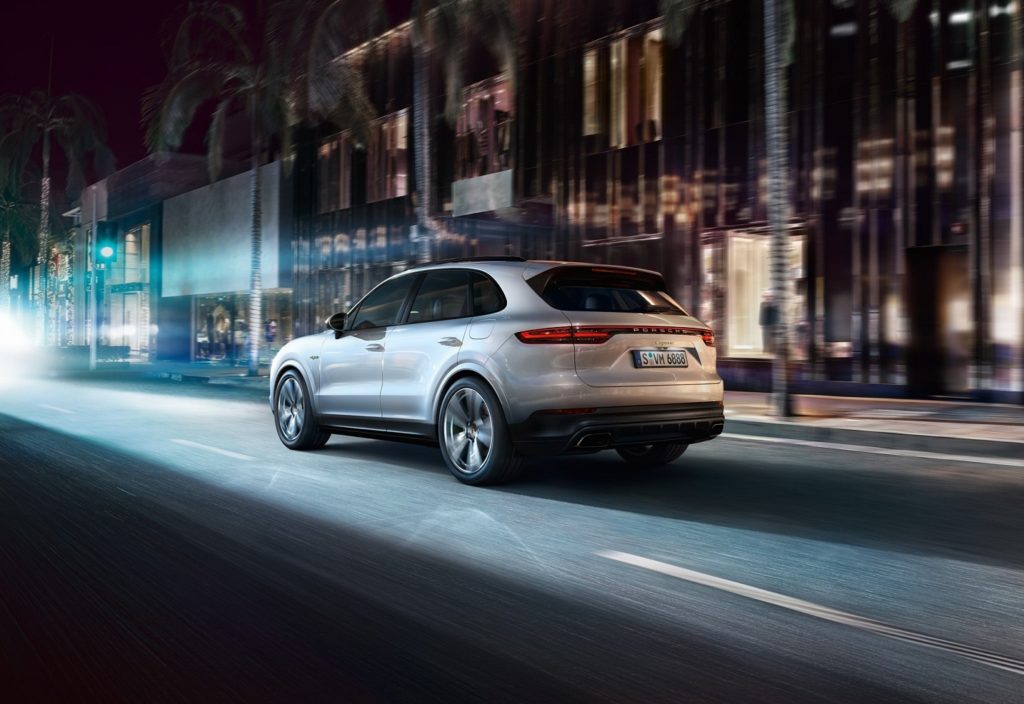 The Cayenne E-Hybrid is the latest hybrid iteration of the well-loved Cayenne SUV. It’s a plug-in hybrid, with the new 3.0-litre V6 turbo combustion engine and 136-horsepower electric motor generating a combined torque of 700Nm for unparalleled responsiveness on the road. Agility aside, there’s ample power on tap too – the Cayenne E-Hybrid goes from zero to 100kph in just five seconds thanks to its 462-horsepower hybrid drive and eight-speed Tiptronic S transmission system.

Complementing the above are a suite of design and technical features that elevate the Cayenne E-Hybrid’s driving experience even further. The Sports Chrono Package is standard, for instance, and comes with Porsche’s hybrid-specific mode switch and Sport response button for one-touch performance boosts. Meanwhile, the car’s new dynamic lines convey an even sportier vibe, while its brake callipers and the borders on the “e-hybrid” logos on its wings and tailgate are in eye-catching Acid Green for a touch of uniqueness. The Cayenne E-Hybrid offers an exhilarating drive, and its design reflects this in spades. 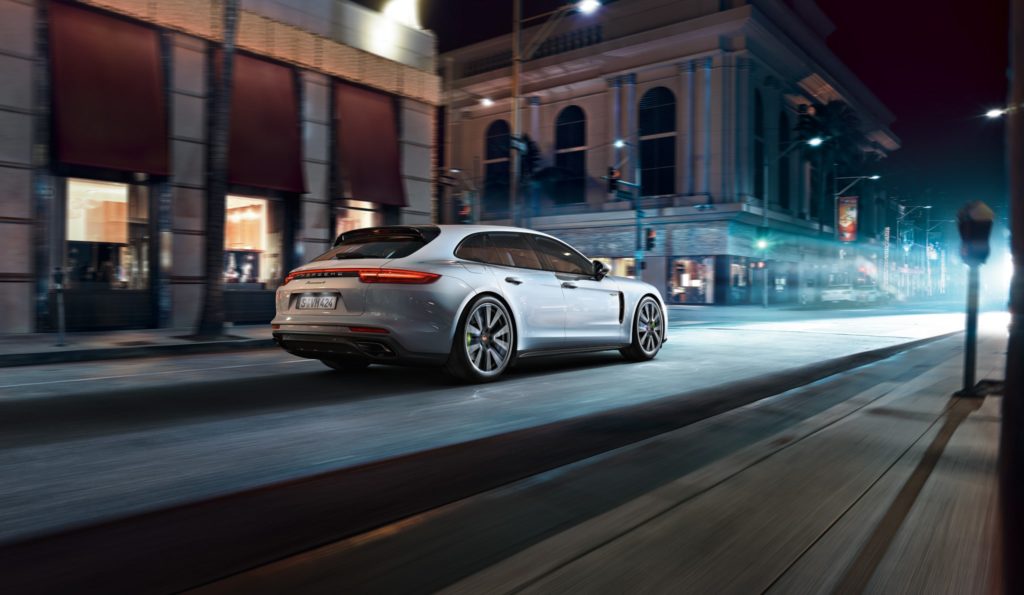 The difference between the two lies in their intended users: the Executive version is designed as a chauffeur saloon, and comes with a longer wheelbase that’s been extended by 150 millimetres for even greater comfort. The Panamera 4 E-Hybrid Executive’s other luxury appointments include a panoramic roof system and eight-way power seats complete with fold-away tables for rear passengers. The Panamera 4 E-Hybrid Sport Turismo, on the other hand, puts a sporty twist on the line. It features a redesigned body from the B-pillar onwards to give it powerful shoulders matching this sporty, aggressive character. The adaptive roof spoiler – a world first – further enhances this by optimising the downforce on the car for greater stability and better handling. Functionality hasn’t been compromised in any way though. This is the first Panamera to offer three rear seats in a 2+1 configuration; the car can seat up to five and hold up to 425 litres of luggage, or have the rear seats folded down to create a flat-loading floor that holds up to an impressive 1,295 litres of luggage.

With its cumulative investments in e-mobility expected to exceed €6 billion by 2022, Porsche is charting a future with electric vehicle technology as a mainstay. In fact, half of its production vehicles are projected to come equipped with electric drives by 2025, whether as hybrids or fully electric vehicles. There’s no need to wait though; the future is already here with the Cayenne E-Hybrid and Panamera 4 E-Hybrid models. Here's How Much Your Social Media Profile Is Worth On The Dark Web
AFP Relaxnews
Gear
Get On Track With The Huawei Band 6 And Huawei Freebuds 4i
Alfieyah Abdullah
Gear
No Receipts: Whatsapp Is Testing A Feature That Lets Messages Disappear After 24 Hours
AFP Relaxnews
Gear
These Celebrities Have The Most Covetable Car Collections
Manas Sen Gupta
Gear