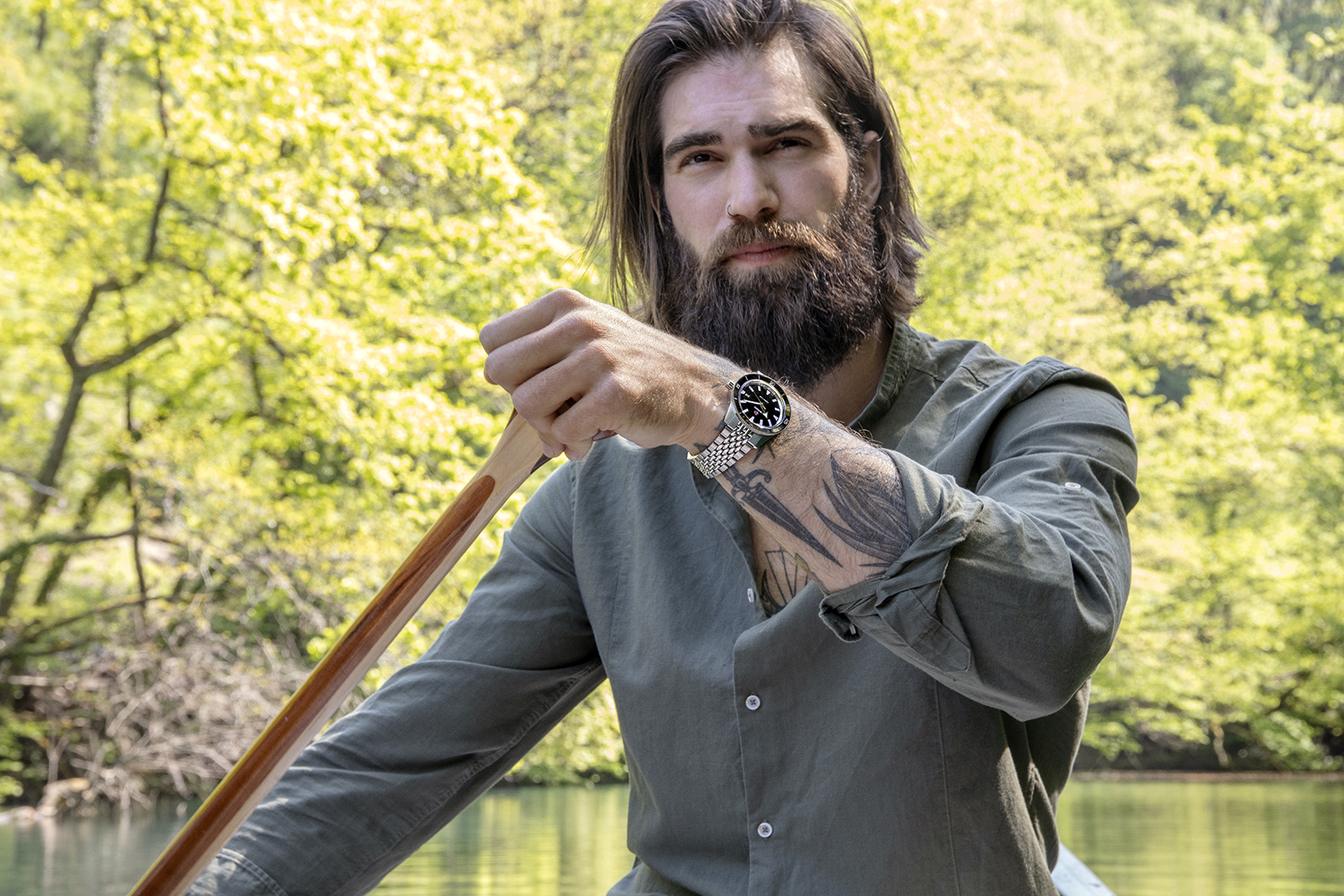 First released in 1962, the Captain Cook was Rado’s take on the dive watch, which was exploding in popularity at the time. This wasn’t a coincidence. The nascent sport of scuba diving was developing quickly and the dive watch, a critical piece of equipment, was evolving along with it.

Rado had recognised the importance of the dive watch to undersea exploration, which led the brand to create the original Captain Cook. The very name of the timepiece alluded to the spirit of marine exploration. Captain James Cook was the famed British explorer and cartographer whose work included mapping large swaths of the Pacific from Hawaii to New Zealand.

Of course, the exploration this time was different since it went below the sea’s surface. As a bona fide dive watch, the Captain Cook came equipped with features such as the unidirectional rotating bezel with which to measure dive times. Although the timepiece was eventually discontinued, it remains a significant chapter in Rado’s history for being the brand’s first foray into dive watches.

In 2017, the watch made its return as the HyperChrome Captain Cook Limited Edition, which emulated the original’s vintage design language so well that it could have passed off as an archival model. Various iterations have been developed and released since then, with the latest being the new Captain Cook Automatic.

The timepiece is sized at 42 millimetres to suit contemporary tastes, but speaks the same vintage design language of the original from 1962, beginning with the signature concave bezel. The arrow-shaped hour hand and sword-shaped minute hand reinforce this, as do the domed dial and trapezoid hour indices.

Despite this archaic design language, the watch remains extremely legible – a crucial trait that harks back to its tool watch origins. The timepiece also has Rado’s signature anchor symbol at 12 o’clock, which freely spins on a ruby bearing. This is found in all self-winding Rado timepieces.

Despite its retro aesthetics, the Captain Cook Automatic’s technical features are all decidedly modern for robustness and reliability. The box shaped crystal, for instance, has been rendered in scratchproof sapphire instead of the original’s acrylic.

Similarly, the bezel insert is ceramic – an extremely hard material that Rado has long mastered – to create a more hardwearing timepiece. With its screw-down crown, this watch also bears a deeper 200-metre water resistance that’s more than sufficient for recreational diving, and far beyond what’s needed for desk diving. Finally, there’s the new and improved movement. The ETA C07.611 calibre powering the watch doesn’t just have a date complication, but also sports a long 80-hour power reserve for greater convenience.

The Captain Cook Automatic is available in three colourways: black, green and blue. Their exact tones don’t just convey a vintage vibe that’s in line with their heritage, but also lend a versatility that allows the watch to be dressed up and down depending on the occasion.

Completing the horological package are the watch’s straps, which have Rado’s proprietary EasyClip system for quick and easy strap changes. Additional options from steel bracelets to leather NATO straps will also be available at all Rado boutiques from October onwards.

Watches
Rado
Jamie Tan
Talk to Me About: