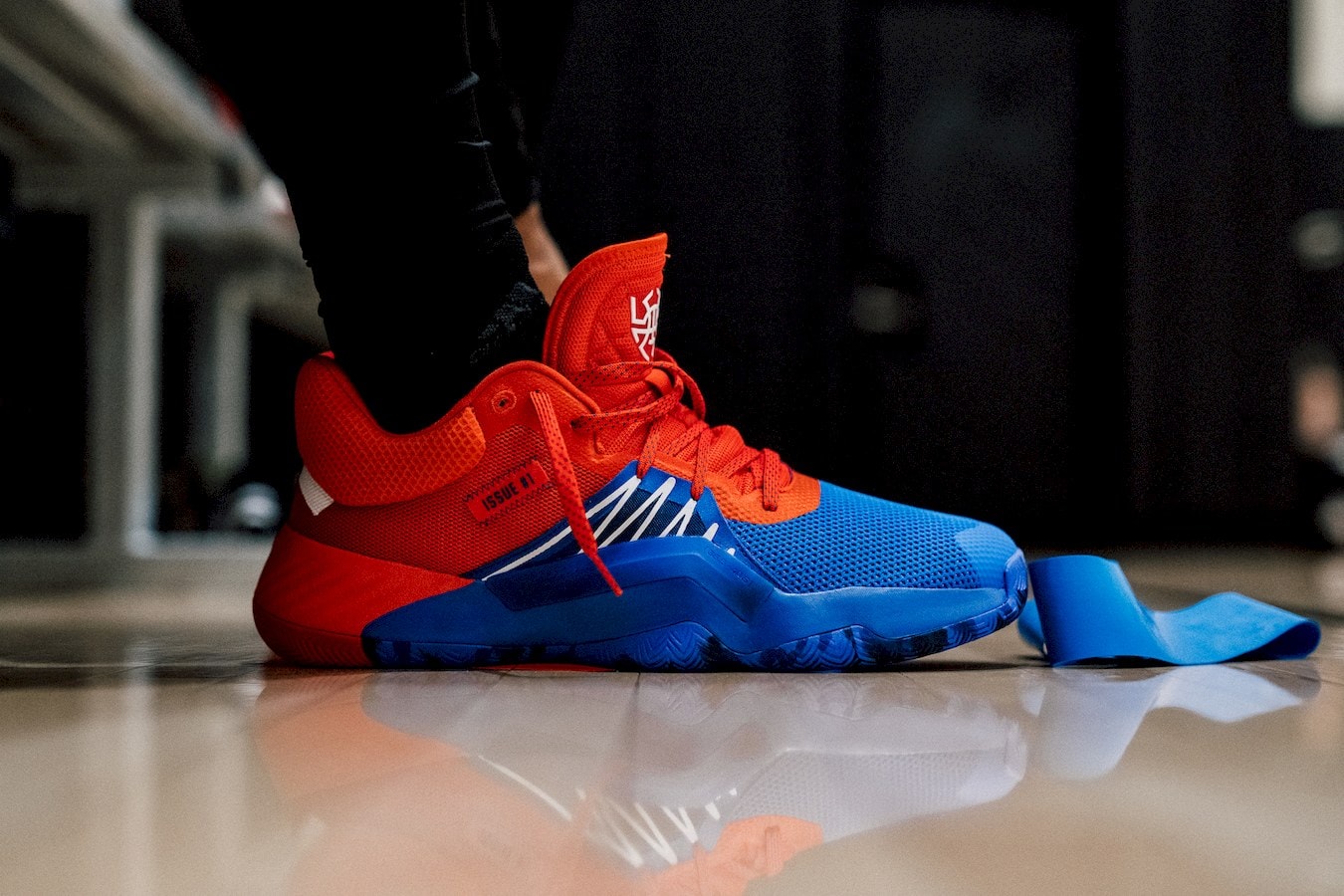 International sportswear brand Adidas has teamed up with Marvel to launch American basketball player Donovan Mitchell’s first signature sneaker — D.O.N. Issue #1. This acronym stands for Determination Over Negativity, and the four variations of this super hero-themed pair pay tribute to the sportsman’s struggles with adversity as he made his way to the top of the game. Literally.

““Determination Over Negativity is a belief that anything is possible no matter who you are or where you come from. I wanted this sneaker to be a symbol of that – for the kid who believes they can do anything.””
Utah Jazz star Donovan Mitchell

A superstar of the Utah Jazz basketball team, Mitchell is known for his jaw-dropping vertical leap and speed — two characteristics that mark the sleek silhouette of this new line of sneakers. Additional features include a propulsion clip on the side for lateral support and a wider outsole to provide stability for landing from above-the-rim leaps. Special BOUNCE cushioning ensures a comfortable landing. A unique, wavy tread pattern on the sole helps drive Mitchell’s elusive speed. The sneaker also presents a spider-web stitching on the toe box and tongue, as well as custom coding highlighting the relevant stops in the player’s journey to the NBA.

Each of the four D.O.N. Issue #1 colourways has been specially designed to recall Marvel’s popular superhero. The Marvel’s Amazing Spider-Man colourway comes in a red, blue and white theme; the Symbiote Spider-Man colourway has a shocking pink, core black, white and silver look; the Stealth Spider-Man is black and green, and Marvel’s Iron Spider offers a red and metallic gold version.