August Man Malaysia presents All I Want For Christmas 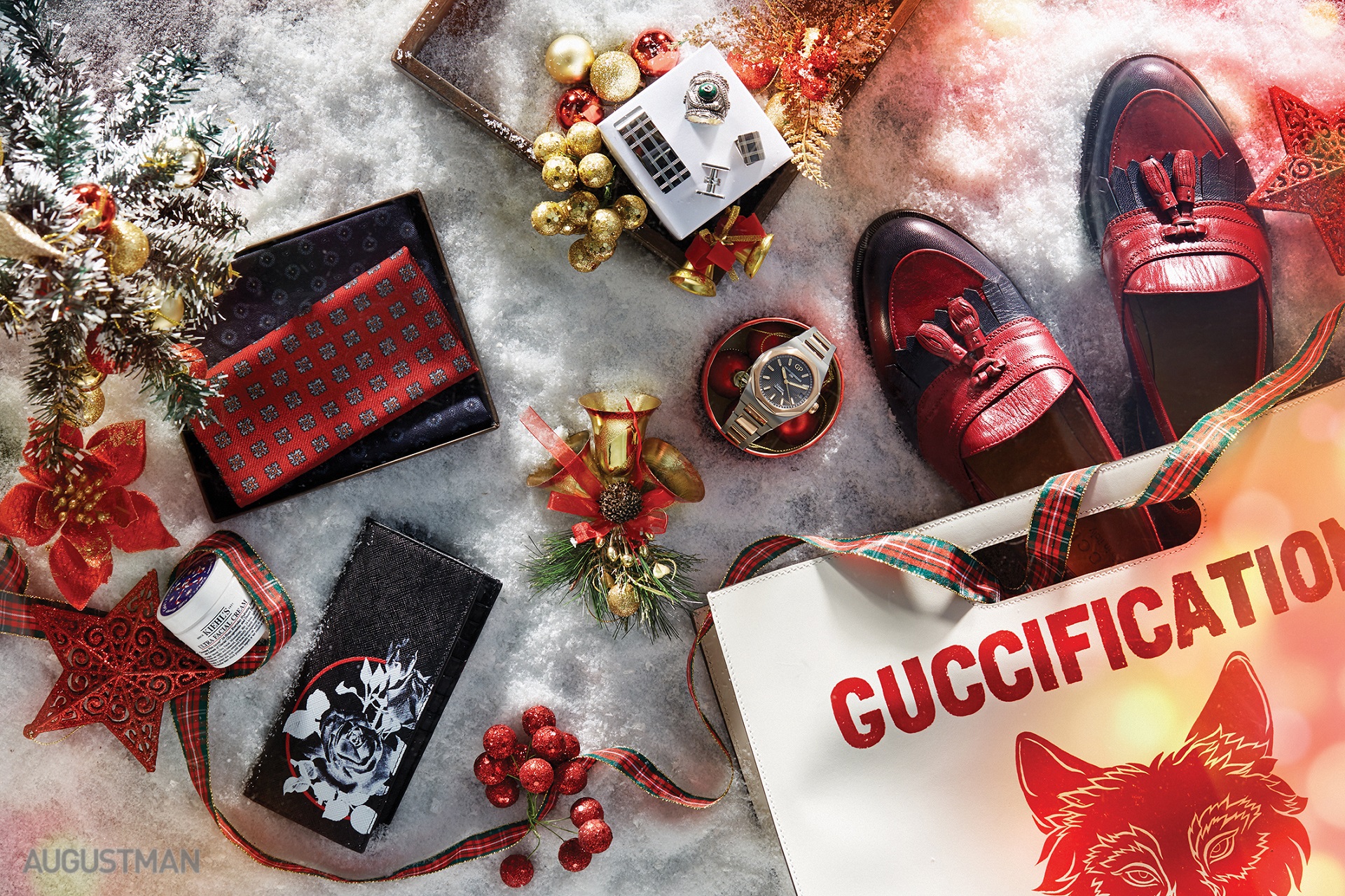 Bvlgari Collaborates with Dom Pérignon For an Exclusive Champaign
Food & DrinkRead More
Breitling’s Chronomat Women’s Collection Pays Tribute To Trailblazing Ladies Of Southea...
StyleRead More
Comfortable And Stylish Men’s Pyjamas For A Good Night’s Sleep
StyleRead More
I’ll Be Back: Netflix Is Making A Terminator Anime Series
CultureRead More
What's up in the world of fashion, jewellery and watches? Sign up to receive it all.

Blackberry KEYOne and Nintendo Switch console, Casio G Steel and Hublot Unico, Dior Homme and Gucci tied up with strings… These are a few of our favourite things! The August Man Malaysia team drop big hints on what we want wrapped up under the Christmas tree this year.

Not only does the head honcho of the pack have to dress up to the occasion to inspire in leadership, but also to impress in style, especially in our industry that deals with the ever-changing landscape of fashion and lifestyle.

The second-in-command may lax a little, but it does not necessarily mean he wants to. On the one hand, he appreciates the finer things in life that suit the man of his calibre, while on the other hand, this season’s latest fashionable trends augment his head-turning persona.

As the nitpicker of the group, he means business when it comes to spelling mistakes, punctuation placements and grammatical errors. However, don’t let his rigid work routine fool you; all work and no play makes Jack a dull boy, as the saying goes.

For the creative person who has finally brushed aside the fantasy of travelling around the world to deepen his love for photography, and decided to grow up and grab life’s lemons with both hands, he deserves more revered #TreatYoSelf gifts, one of them is a proper camera to pursue his creative passion instead of the mere iPhone.

To be honest, this millennial youngling only wants one thing for Christmas: the fastest-selling home console, which has sold over seven million units worldwide since its release in March. Everything else is just window dressing to the main dish for his Instagrammable lifestyle.

In this modern world of thriving equality, nothing is really black and white, men and women anymore – which bodes well for the great women behind the successful men, as they get to pocket gifts for both the genders and call the shot on which to give to loved ones, or to keep for themselves.