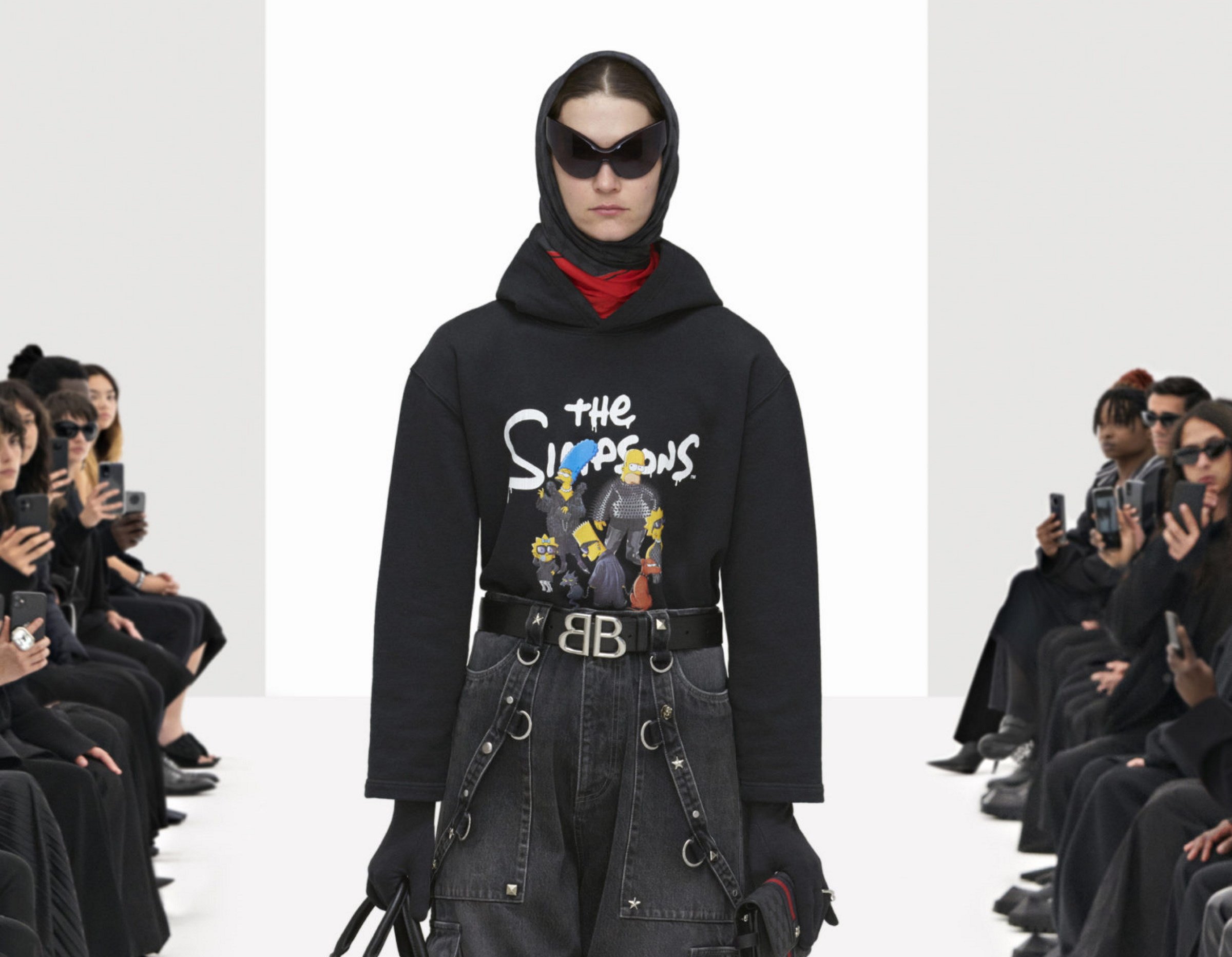 In the new age of technology, any imagery online is often perfected, polished, conformed and photoshopped. Undeniably, technology has created alternate realities and identities, offering a filter to what is truly genuine. For Spring 2022, Balenciaga considered our shifting senses of reality and illustrated this notion through the collection – titled Clones.

In the pre-recorded show directed by Quentin Deronizer, model and artist Eliza Douglas appeared as a series of digital clones, some of which were deepfakes – faces of models, digitally altered to resemble Douglas’ impassive visage. To fully embody the personification of Douglas, the body-doubles had to strut the runway the same way she does.

According to WWD, Balenciaga’s creative director Demna Gvasalia claims that the hyper-realistic clones are a commentary of fashion’s obsession with trends and the diminishment of individuality. He hopes to prompt consumers to reflect on their obsession with screens and all-things digital.

Though innovative virtual reality has become the new norm in fashion, we were left open-mouthed when the Parisian Maison introduced Gucci icons into the collection. The feeling of deja vu was prominent, as it brought us back to the Gucci Aria digital show in April, where Gucci conflated their house code with Balenciaga’s. The narrative was brought forward to their Spring 2022 collection and was named The Hacker Project. The intention was to explore and question the ideas of authenticity, counterfeiting, and appropriation within the fashion industry.

However, those who would rather watch paint dry than rediscover the highly lauded partnership would be pleased to know that the season also introduced a range of new shapes, wearable concepts and functional accessories.

Tailoring is deconstructed and engineered to sit off the body in various silhouettes. Wrap coats recall a classic Balenciaga cocoon construction but safety-pinned to one side and frayed at the hem. Balenciaga’s signature parka and puffer are reimagined in shortened sleeves and lengthened collars that jut out and away from the neck. Not to mention, the new signature tracksuit is seen in multiple styles and functionalities.

Elsewhere, graphic prints including imageries of The Simpsons family adorned Balenciaga’s archives. Balenciaga Croc 2.0, the second collaboration between the two brands, sees the classic clog transformed into pumps, boots, and platformed pool slides. A slew of accessories that resembles the shape of fast-food packaging rounds up the collection with a playful flair.