G-Shock National Day Watch Celebrates Singapore
StyleRead More
With A Debut Album On The Way, Pink Laces Is Fast Blazing A Trail In Music
CultureRead More
Prince Harry Is Writing A Memoir Revealing His Life’s Highs And Lows
AM SelectRead More
Elevate Your New Bachelor Pad With The Help Of foodpanda And pandamart
CultureRead More
What's up in the world of fashion, jewellery and watches? Sign up to receive it all.

The Colosseum in Rome dates back to 72AD, when its first stone was laid. It took eight years for the world’s largest amphitheatre to be completed, with heavy labour performed by some 100,000 prisoners of war while Roman specialists undertook the more delicate work. Back in the day, it housed 80,000 spectators at a time for ceremonies and gladiatorial death fights. Through the centuries, after the decline of the Roman empire, the Colosseum fell into disrepair, ravaged by earthquakes, plunderers and Father Time. However, its global popularity has risen, buoyed by regular appearances in popular culture and a rose-tinted view of its history. Given its cultural importance, it was only natural that an Italian brand – based in Rome no less – would use the city’s most iconic symbol as inspiration for its creations. Bulgari’s first B.zero1 ring was both a sartorial and engineering achievement. It was a stunning departure from jewellery norms of the time, which veered towards the understated, and it was constructed with an innovative new technique.

Bulgari’s ingenious Tubogas construction takes advantage of gold’s malleability. Apart from being hypoallergenic, gold is also the most flexible metal on earth. Using precision cutting machines, Bulgari’s craftsmen stretch and form the gold into strips and then wrap these around a pipe. These circular gold shapes are then interlocked together before being capped at the ends. Since there is no soldering in the process, the strips of gold can be fashioned into any shape that Bulgari fancies, which explains the numerous iterations of the B.zero1 through the years. This year marks the 20th anniversary of the B.zero1. To celebrate this, Bulgari decided to pay homage to the ring’s legacy with multiple variants that are inspired by both the original and the version designed by the late architect Zaha Hadid.

The former is presented in four designs – white gold with pavé diamonds, solid white gold, yellow gold and rose gold – and are engraved with the words “XX Anniversary” on the internal ferrule. The Zaha Hadid version will feature either black or white ceramic for the core. 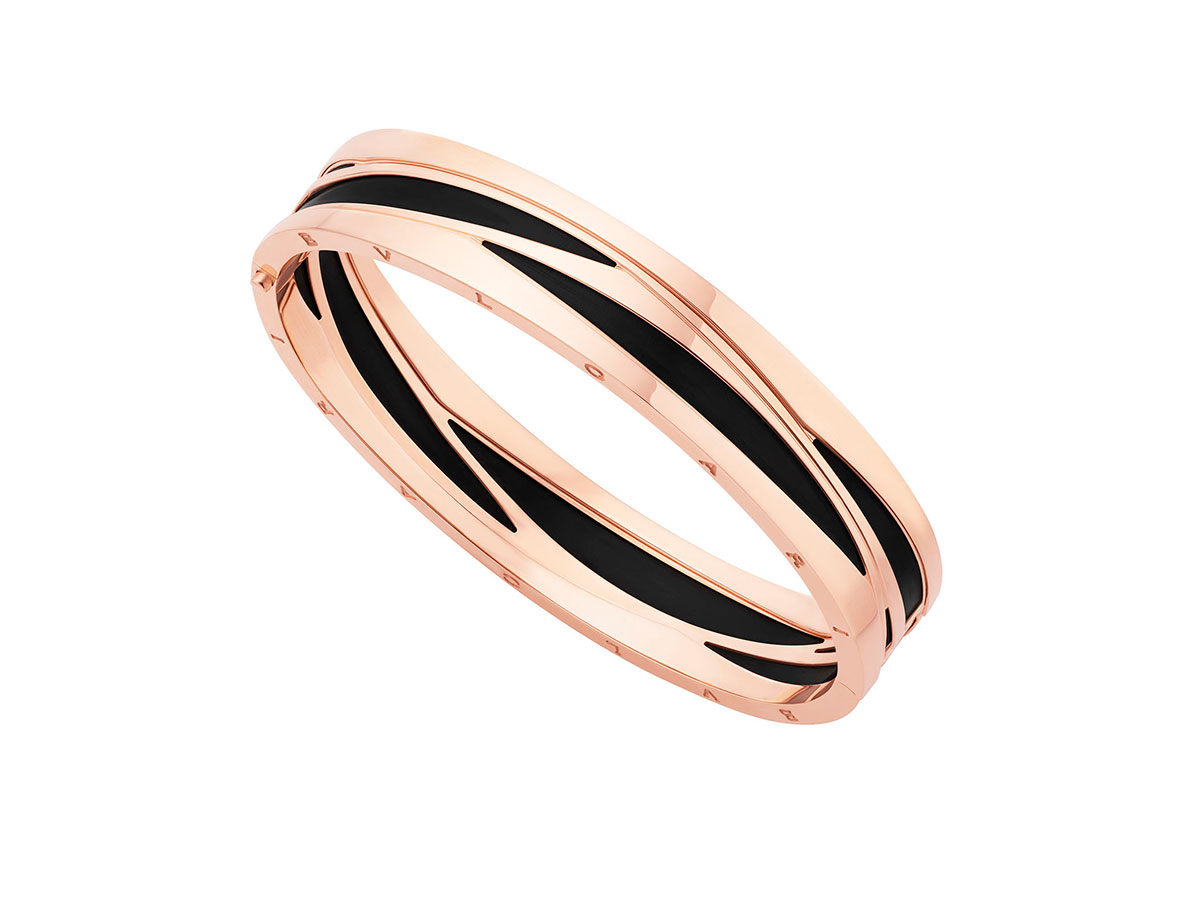 Although the B.zero1 was originally designed for women, its bold profile and masculine curves have caught the attention of many men. Actor Chadwick Boseman wore one of these rings to last year’s Met Gala. As gender norms break down, we reckon we’ll be seeing many more men take to wearing these stunning architecturally inspired pieces of jewellery.