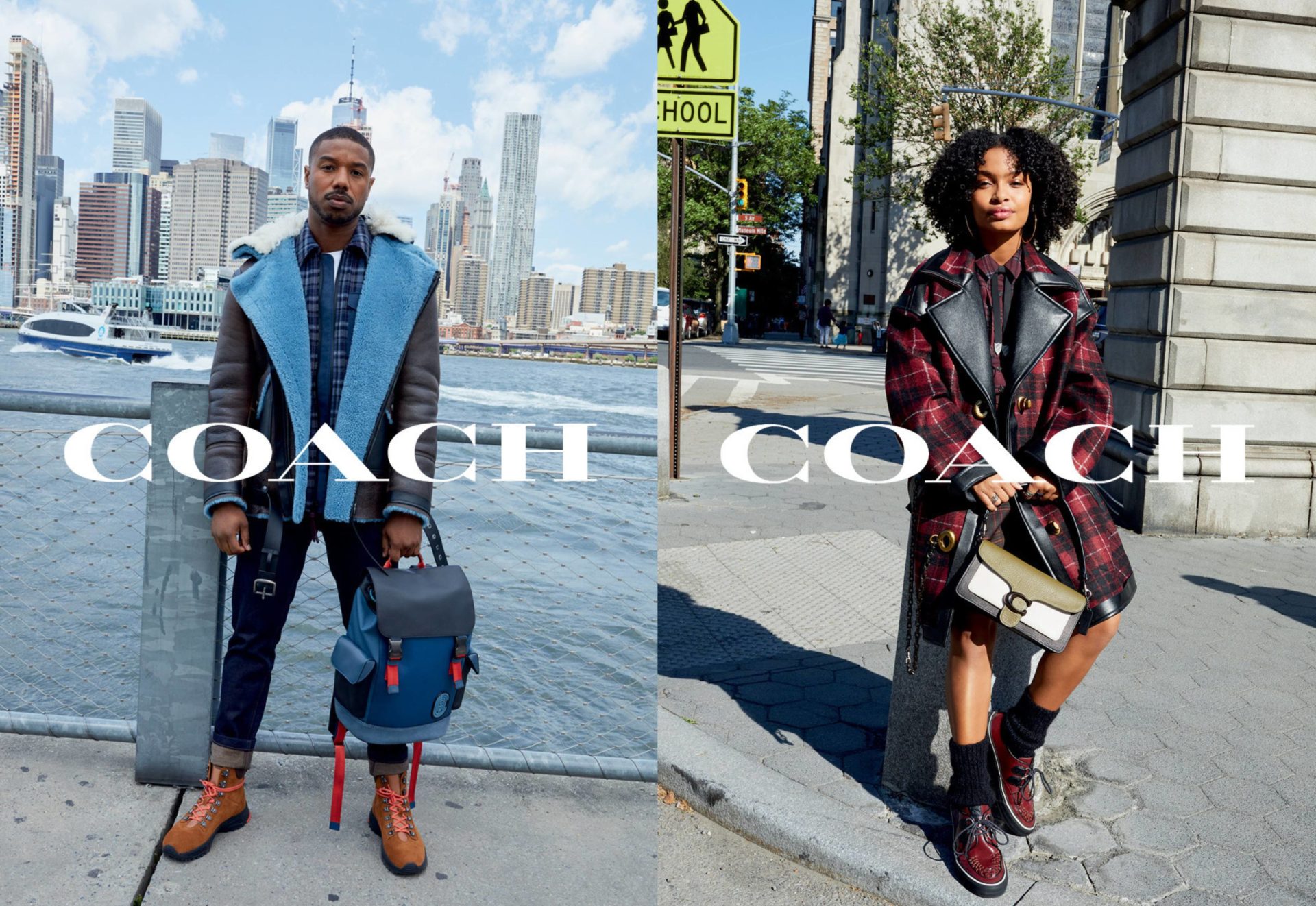 Balenciaga Releases Two New Styles of Non “Dad-Sneakers”
StyleRead More
5 Grooming products we’re adding to our dresser
StyleRead More
Nike Air Max Day 2020: Which is the most popular pair of Air Max 90?
StyleRead More
Nam Joo Hyuk looks to take his career to greater heights (Part II)
CultureRead More
What's up in the world of fashion, jewellery and watches? Sign up to receive it all.

Wondering what’s keeping Michael B. Jordan busy these days? Well, don’t be surprised to hear that he’s been recently preoccupied with Coach.

The actor and producer has been unveiled as the face of the US heritage brand’s Fall 2019 campaign, alongside a star-studded cast including Kiko Mizuhara, Yara Shahidi, Jemima Kirke, Lolo Zouaï, Miles Heizer and Liu Wen.

New York is also arguably a major cast member for the campaign, which was shot by photographer Juergen Teller and director Todd Tourso, and takes in some of the city’s most iconic spots. Central Park, the Manhattan Ferry and Brooklyn Bridge all feature in the imagery. Key fashion pieces starring in the clips include the house’s new “Tabby” shoulder bag, its “Troupe” tote and its “Rivington” backpack.

With New York as backdrop and the power of possibility as inspiration, #MichaelBJordan and #YaraShahidi lead our cast of 21st Century Dreamers in our new Fall 2019 campaign. How will you #DreamItReal? #CoachNY

Video clips narrated by Jordan and Shahidi, comprising a series of vignettes featuring the individual cast members, will be released throughout the season, with the aim of sharing “the spirit of New York City” and “inspiring 21st Century Dreamers everywhere to believe in themselves and life’s infinite possibilities.”

“Juergen was my instinctive choice for Fall,” said Coach Creative Director Stuart Vevers in a statement, adding, “His portrait of our home, New York City, is new and fresh in a way that speaks to my evolved vision for the house and the inclusive, unapologetic and free-spirited attitude that defines us.”

Hollywood star Jordan was first signed up as a Coach menswear ambassador this year, and fronted the label’s Spring 2019 campaign. “I’ve been a fan of Coach for a long time and truly respect their inclusive and optimistic values,” he said at the time.

coach
Michael B. Jordan
Yara Shahidi
Staff Writer
Talk to Me About:
coach