Spectacular Cave Hotels That Even Fred Flintstone Would Approve Of
TravelRead More
Wakuda Singapore By Chef Tetsuya Wakuda To Open In Marina Bay Sands
Food & DrinkRead More
Thanks To Disney+ Premiere Access You Can Now Stream Disney’s Jungle Cruise
CultureRead More
McLaren Has Just Revealed Its Most Powerful Convertible Supercar – The 765LT Spider
GearRead More
What's up in the world of fashion, jewellery and watches? Sign up to receive it all.

It has been four years since Kim Jones collaborated with Supreme during his tenure at Louis Vuitton. The blockbuster partnership transcended conventionality and carved a legacy in the fashion industry. Soon after his departure from Louis Vuitton in 2018, he replaced Kris Van Assche and assumed the role of Dior Men’s creative director. And as one of the trailblazers of menswear, Jones continues to break new grounds with Dior, debuting its first co-branded collection this season.

The collaboration between the French Maison and independent Japanese label Sacai represents “a creative conversation between two designers, two heritages and two cultures,” as described in a statement from Dior. 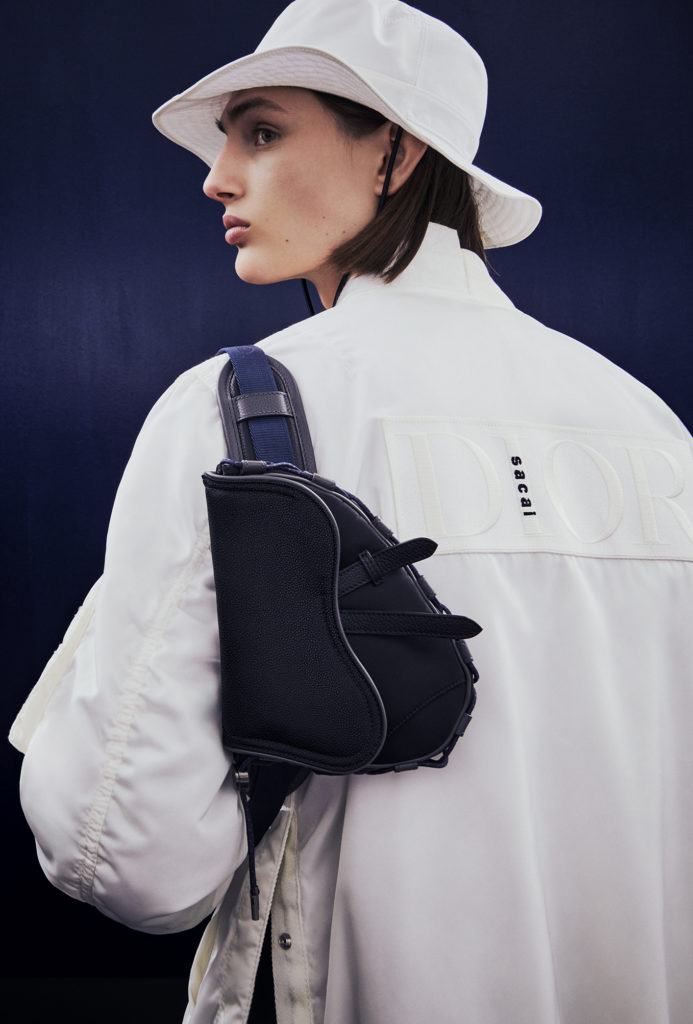 In a telephone interview with WWD, Jones talked about his friendship with the designer of Sacai, Chitose Abe, saying, “sacai is one of my first stops when I go to Japan. I’ve always loved [Chitose Abe] and I just think she’s one of the coolest women in the world. And we talked about doing this since I was at Vuitton, and then finally it happened. I love Japan. I haven’t been for over a year now, which is the longest in 20 years I haven’t been. I normally go at least six times a year. I always work on things that I miss doing in real life and seeing. It’s just a really key mix between what Dior and Sacai is, and it was a way of having a conversation through the pandemic.”

To hallmark this unique collaboration, the collection’s logo sees a variation of the signature Dior logotype; the name Sacai can be found within the ‘i’ of Dior, just as the garments fuse the unmistakable identities of both labels, aesthetics and outlooks. 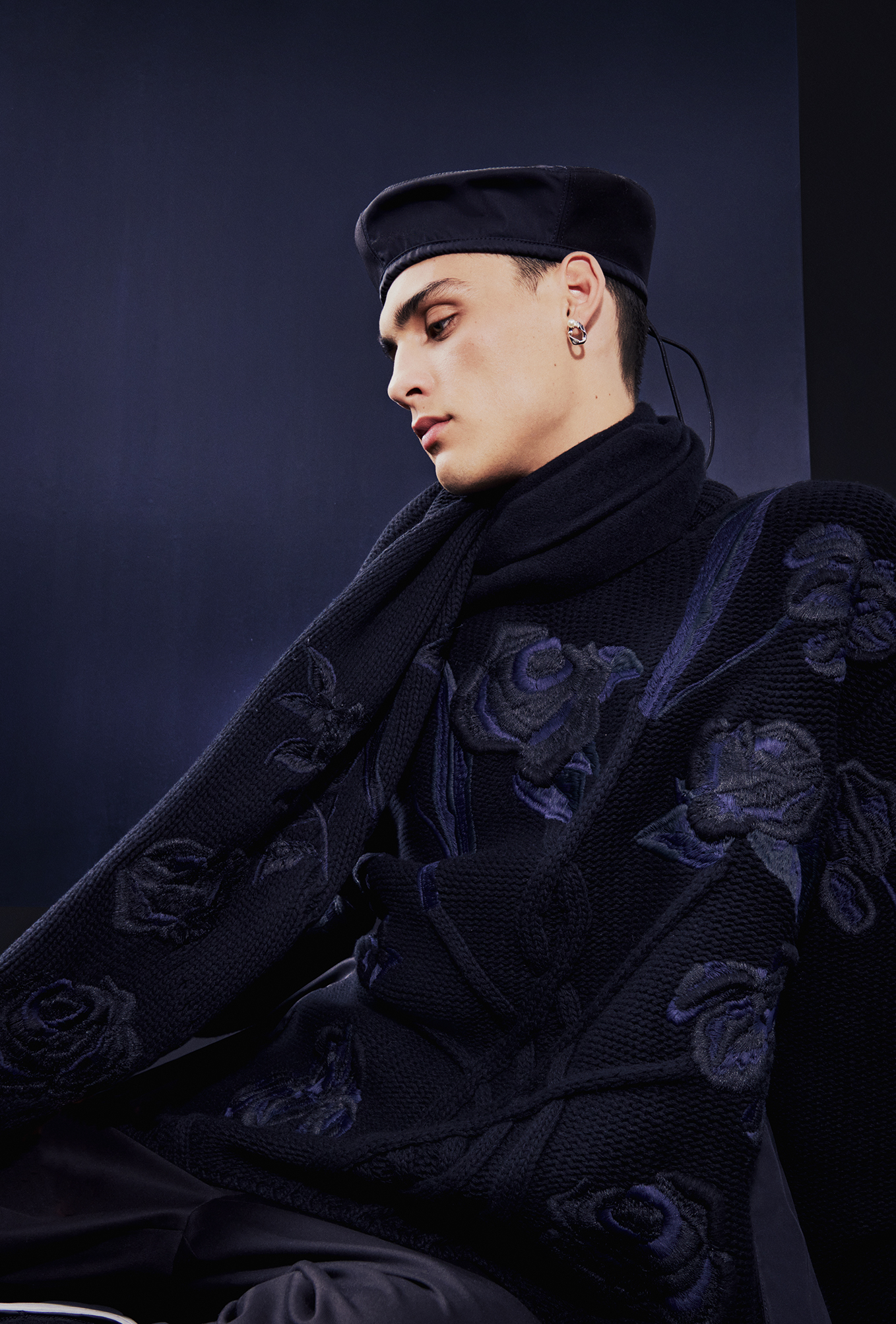 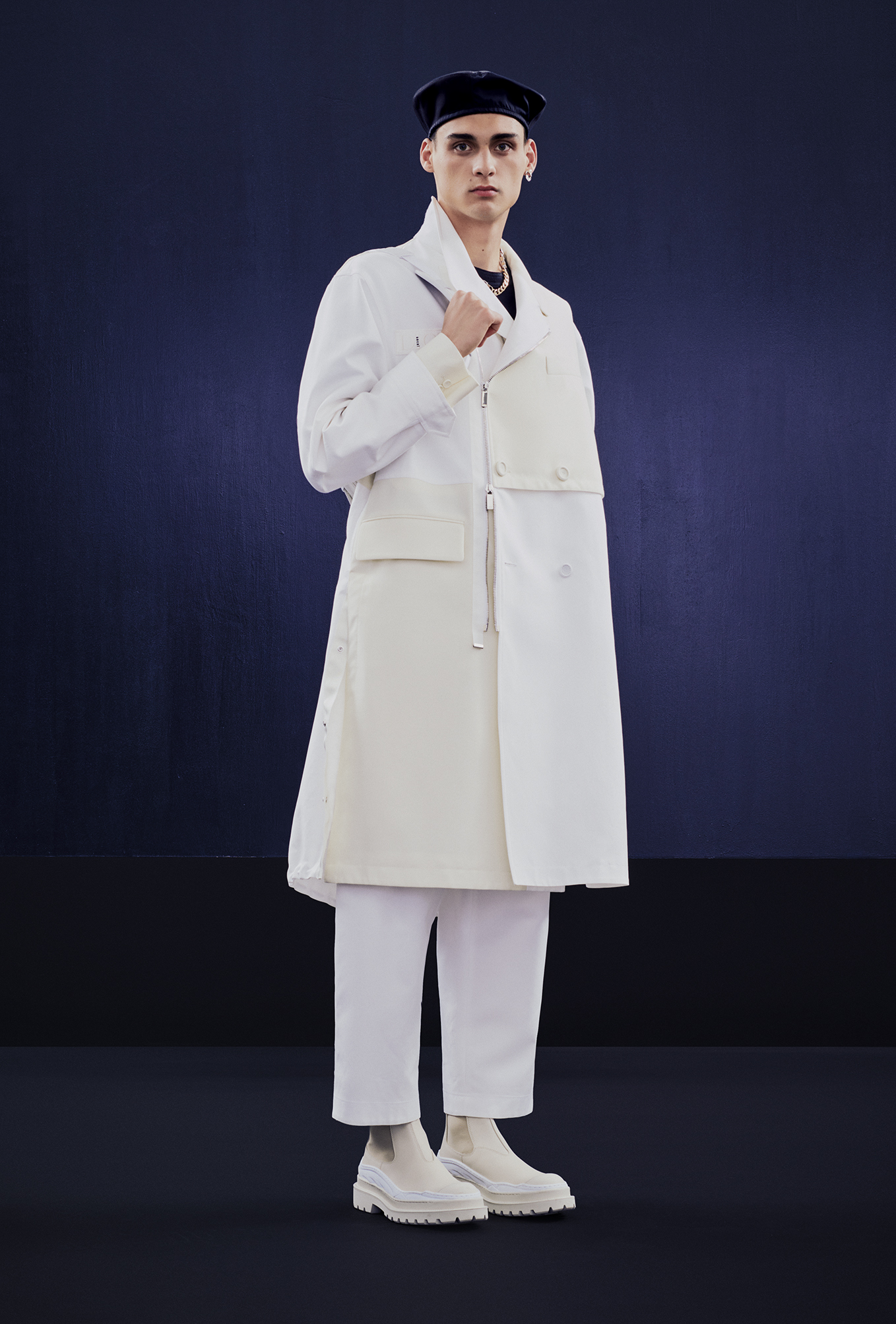 Other notable pieces, such as the iconic Saddle bags, are also reimagined with utilitarian embellishments like pockets and drawstrings – integral to the Japanese brand. Footwear in the collection, specifically the Dior Snow and Dior Explorer boots, are boldly layered. Jewellery sees the CD Icon logo in gold and silver-finish brass punctuated with Sacai’s signature pearls.
Innately, each look is the result of a discussion between Kim Jones and Chitose Abe – long-time friends and now creative collaborators for the first time. While we anticipate the drop in November 2021, we can look forward to more teasers in the near future.