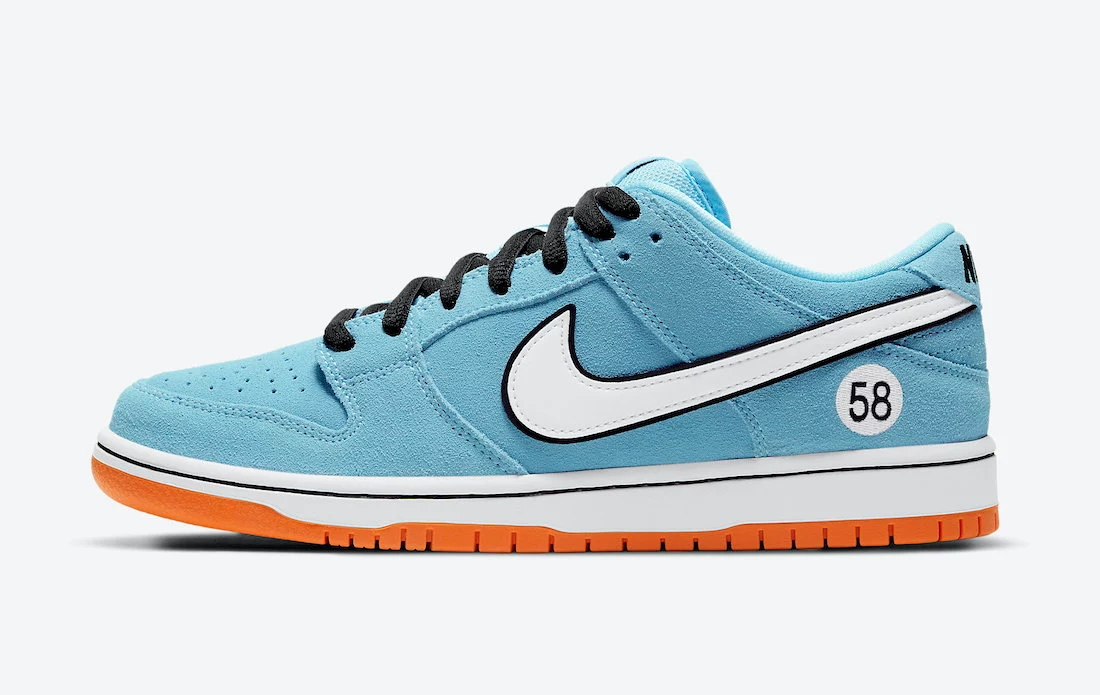 About That Colour Scheme

The now iconic colour motif has a deep history that stretches beyond the realm of motorsports. The orange and blue are brand colours of Gulf Oil, a defunct oil company that ceased operations in the mid-’80s. But in 1967, the colours were used on a Ford GT40 the company sponsored for a pair of endurance races.

A year later, the same car would go on to win Le Mans in 1968, which forever immortalised the colour scheme. The paint job was also used on a Porsche 917 in the 1971 film, Le Mans, which starred Steve McQueen. Over the years, the Gulf Livery continues to live on across several racing cars, apparel as well as products.

Watch brands have also utilised the colour scheme with great effect. TAG Heuer has produced Gulf Editions version of its Monaco and Formula 1 since 2007. Now, the livery lives on in sneaker form with the Nike SB Dunk Gulf.

Made For Racing Fans

You do not have to be a racing fan to appreciate the new Nike SB Dunk Gulf because it is rather gorgeous. The sneaker utilises the Gulf scheme, inspired by a Porsche 917 race car from 1970. The shoes are presented with a blue suede upper, white midsole and an orange rubber outsole.

The signature Swooshes are finished in leather with black detailing, which is another nod to the beloved paint job. Black is also used for the laces, which contrasts the blue and orange colourways impeccably. Nike SB’s “58” insignia, modelled after racing decals, also appears on the tongues and lateral heels.

The Nike SB Dunk Gulf will reportedly be released in March and will sport a price tag of USD100 (S$131). Considering how cool it looks, expect this pair to fly quickly off the shelves.