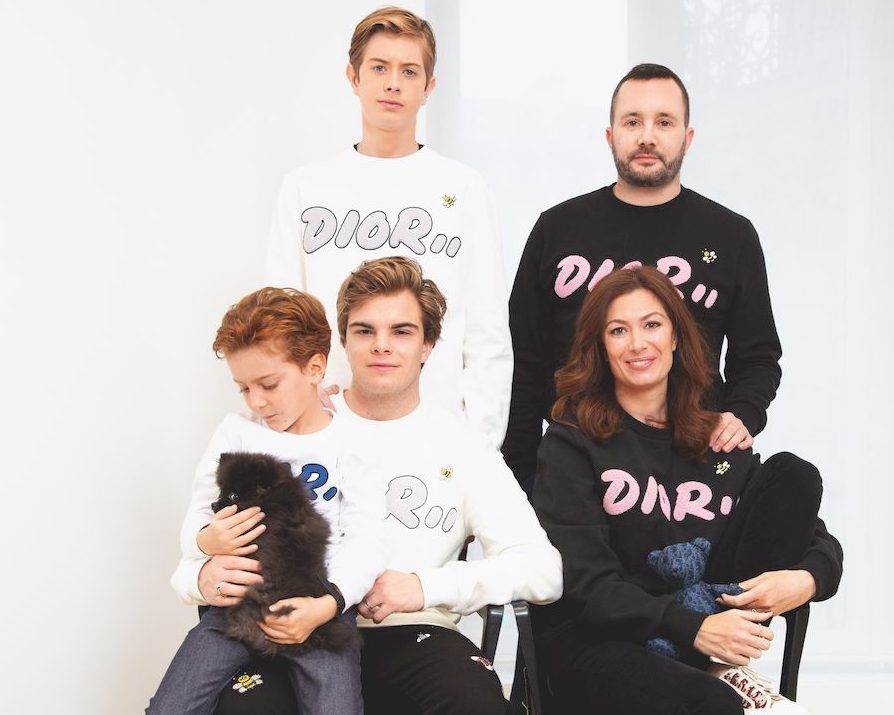 Orchard Central Opens First Tesla V3 Supercharger Station In Southeast Asia
GearRead More
Celebrate Chinese Valentine’s Day With Gucci Les Pommes
StyleRead More
Fun Facts About The Olympic Games That You May Not Know About
AM SelectRead More
Amanpuri Reopens On 1 August With A Host Of New Experiences
TravelRead More
What's up in the world of fashion, jewellery and watches? Sign up to receive it all.

The luxury childrenswear market has huge potential for growth, and it’s turning its attention on millennial parents. It shouldn’t come as a surprise. According to research by the Missouri-based creative agency Barkley, U.S., 40 percent of millennials are parents. Their combined global spending power is worth US$1.3 trillion (approximately SGD$1.8 trillion), and Asian shoppers are among the biggest spender in this category. By 2025, they predict that the millennials will make up 45 percent of overall luxury consumption, with half of the consumption from Asian consumers, according to Bain & Co.

High-end childrenswear is not exactly a new concept. A few of the luxury brands including Baby Dior have been around over half a century. Today, the burgeoning segment continues to attract newcomers including Givenchy and Balenciaga who launched their first childrenswear in late 2017. However, it was the advent of social media platforms like Instagram and its growing popularity helped, to a great extent, fuelled the growing demand in the segment. Social media may be a leading cause millennial parents are spending big bucks on their kids.

In an interview with BOF, David Park, an illustrator at Complex magazine, quipped, “People want to dress up their children to keep them fresh. Social media is making it easier to show pictures of your children, and parents and fashion labels are taking this demographic more seriously.”

In fact, the phenomenon has led to a rise in miniature influencer profiles on Instagram, for example, @coco_pinkprincess, (a six-year-old from Tokyo, with over 681,000 followers on Instagram) and Ivan (@thegoldenfly), son of the designer Natasha Zinko with close to 100,000 followers, among many others.

Social media platforms have also made it extremely easy for parents to share photos of their kids. And making sure they look their best sometimes comes at the cost of high-ticket items. The kids themselves, who are technology-dependent, try to mimic their idols draped in expensive garments and sharing it on social media, as a way of identifying with them. As they start to rack up more likes and followers online, they become more conscious of their style status. They start to pay more attention to how they look in pictures.

While the luxury market for adults may have hit a saturation point with sluggish gains, the brands are looking hopeful in the childrenswear market. Brands like Dior are quick to react. Its latest The Boy Capsule collection offers a collection complete with white sweaters, logo-print shoes, and even a couture teddy bear. Teaming up with KAWs, the American artist and designer, Brian Donnelly (known professionally as Kaws) features the artist’s bee motif, re-interpreted by the designer, which was dotted throughout the first collection that Kim Jones designed as Creative Director for Dior menswear. The Boy Capsule collection designed by Cordelia de Castellane, the Creative Director of Baby Dior, is currently available in boutiques, alongside the collection by Kim Jones.

Since Christian Dior launched its Baby Dior line back in 1969 creating small renditions of the collections, other brands like Burberry have followed suit with a scaled-down version of its adult pieces. Both Balmain and Givenchy’s children’s lines, launched this year, were near practical copies of the ready-to-wear collection.

In the past, mothers buying for their kids had practical reasons in mind, while the expensive, more frivolous items were purchased by friends and extended family. But that may change. Mothers are starting to open up their wallets on high-ticket items on their kids’ wardrobe quite the same way they spend on their own.