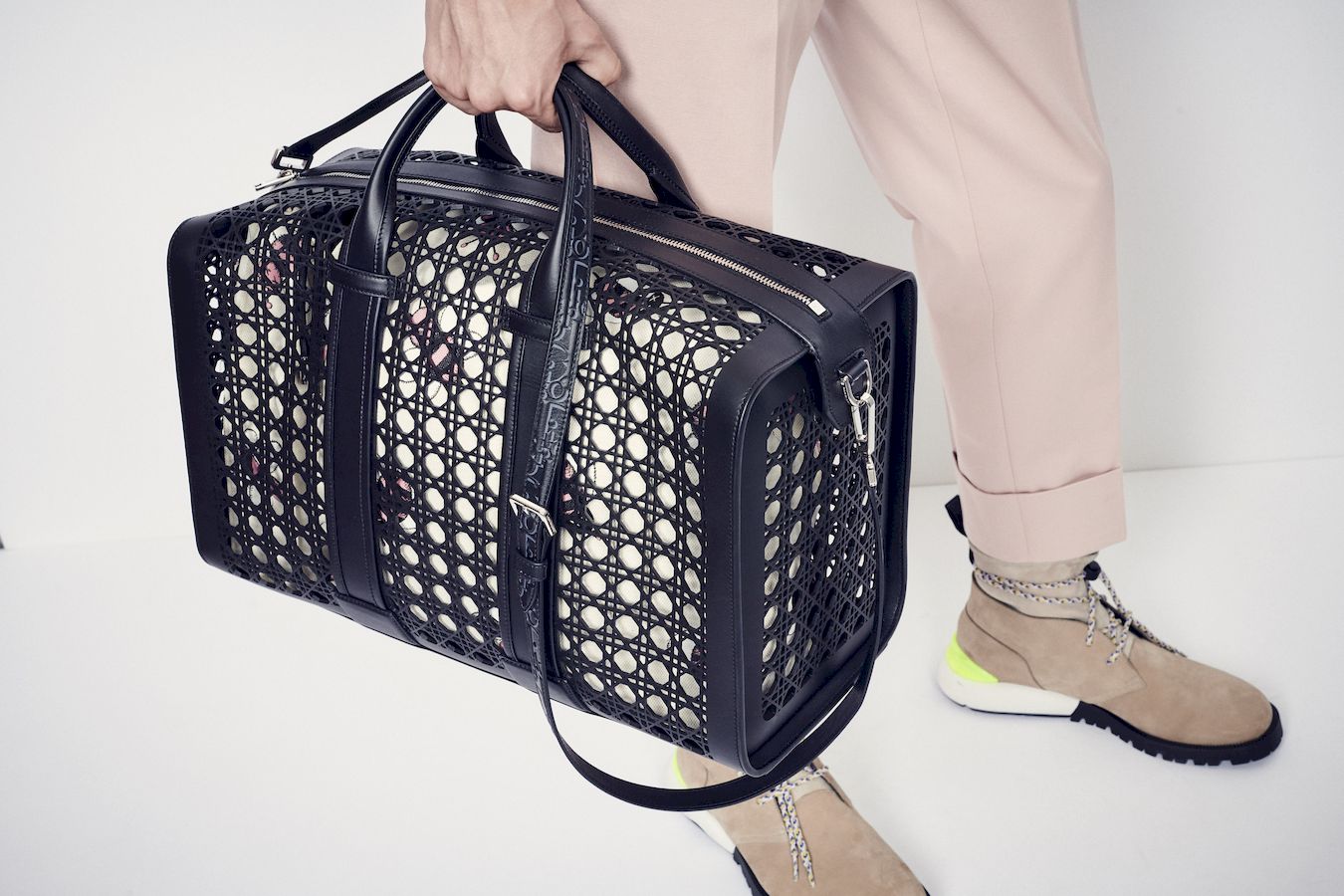 ADDING to the line of coveted bags released this season, Dior artistic director Kim Jones introduced a new line of bags inspired by yet another iconic house print taken from the house archive. The latest iterations, the Dior Perforated Cannage bag, are updated with the emblematic bee reimagined by American artist Kaws.  The construction of the carryall and weekend bag features laser cutting and is available in two styles and two colours: black and tan perforated leather.

The Dior Cannage pattern, first introduced by Christian Dior himself, was largely influenced by the Napoléon III-style chairs. The chairs were designed to seat clients viewing the haute couture showing at the present-day 30 Avenue Montaigne.

Following the success of the Dior Saddlebag and the Roller bag, Jones continues to draw inspirations from the brand’s rich history for his creations. Since ascending to the artistic helm, the British designer has catapulted the Parisian fashion house’s men’s collections to become one of the most sought-after menswear brands in the market.  His vision,  savvy and affinity with the urban palate has resulted in artful execution, while staying true to the house’s heritage.  The Dior Perforated Cannage bag is case-in-point.

“I like to change and shift things around. I don’t like to sit still for long. I’m always on the go, so, you know, that’s just how I am,” said Jones. Perhaps it’s this constant desire to be out and about that imbues this bag with a sense of style and purpose.

Dior’s new Perforated Cannage bag fills the gap between practicality and fashion. It not only adds that dash of style to any outfit, transcending it from the mundane to the superlative, but also lets you move between the office and the gym in ease.