Antiperspirants and deodorants to keep you fresh and dry all day long
Sort & Filter
Close Filter
Sort By
Date
Relevance
Filter By Category
All Categories
All
Style
Culture
Gear
Food & Drink
Travel
Wellness
AM Select
Apply
Filter By Location
singapore
All Countries
Style
Exciting New Sneakers To Get Your Hands On This May
Style
The One Watch Man: A Story Behind A Unique Tudor Ref. 76100
Style
McLaren Automotive And Richard Mille Unveil Exclusive RM 40-01 Speedtail Timepiece
Style 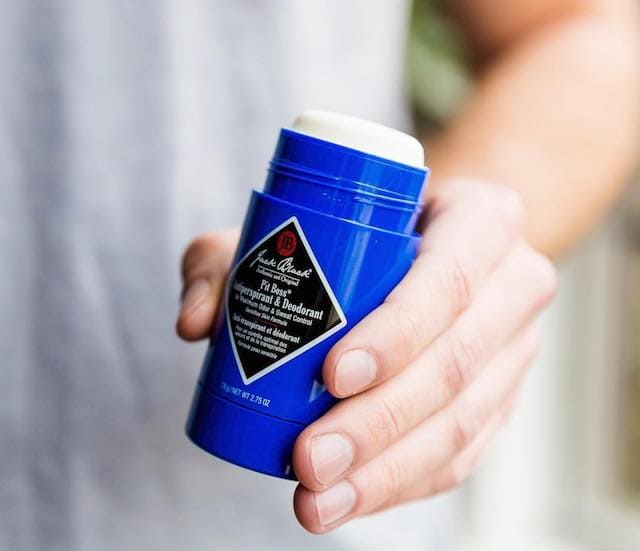 Exciting New Sneakers To Get Your Hands On This May
StyleRead More
The One Watch Man: A Story Behind A Unique Tudor Ref. 76100
StyleRead More
McLaren Automotive And Richard Mille Unveil Exclusive RM 40-01 Speedtail Timepiece
StyleRead More
Here’s A First Look At The New Snake Eyes Movie Starring Henry Golding
CultureRead More
What's up in the world of fashion, jewellery and watches? Sign up to receive it all.

Living in tropical countries means there’s no escaping the heat and humidity; so perspiration and odours are bound to happen. If you’re dreading the embarrassing sweat stains that ruin your shirt, or smelling less than pleasant by mid-day (or both), we’re here to help.

Style Read More
You dressed to the nines, now smell like it too with these 5 niche fragrances

This year, the Canadian athleisure label introduced its Anti-Stink grooming line. Its Anti-Stink deodorants are filled with prebiotics and zinc, which keep odour-forming bacteria at bay so that users can sweat without the fear of leaving an odour. The deodorant comes in options of Aloe Lotus or Black Pepper Sandalwood, which has a spicier and stronger fragrance.

Instead of using harmful ingredients like parabens and phthalate, Helmm opts for natural alternatives like bacteria-inhibiting Bergan oil and wild peppercorn essence in its deodorant or antiperspirant formula. These ingredients neutralise both sweat and odour throughout the day. The New York brand scores bonus points for its eco-friendliness: Its products come in cartridges made from recyclable plastics. These are encased within reusable containers, so you can simply replace the cartridge once it’s empty.

Jack Black combines the best of both worlds with its Pit Boss Antiperspirant and Deodorant, a dual-function product that controls sweat production and leaves a clean, natural scent. Other than being hypoallergenic and vegan approved, it contains vitamin E and aloe leaf juice, which help to soothe skin sensitivity and inflammation.

An alternative to the conventional sprays and roll-ons, Kiehl’s Antiperspirant and Deodorant is an unscented grooming cream. It contains aluminium and witch hazel, which alleviate sweat production and keep the skin soft and smooth. Similar to how moisturisers and sunblock are applied, it works best with clean-shaven underarms.

Style Read More
5 Fragrances To Help You Smell Your Best
fragrance
grooming
deodorants
anti-perspirants
Lester Tan
Lester is into films, food and basically anything culture related under the sun.
Talk to Me About: