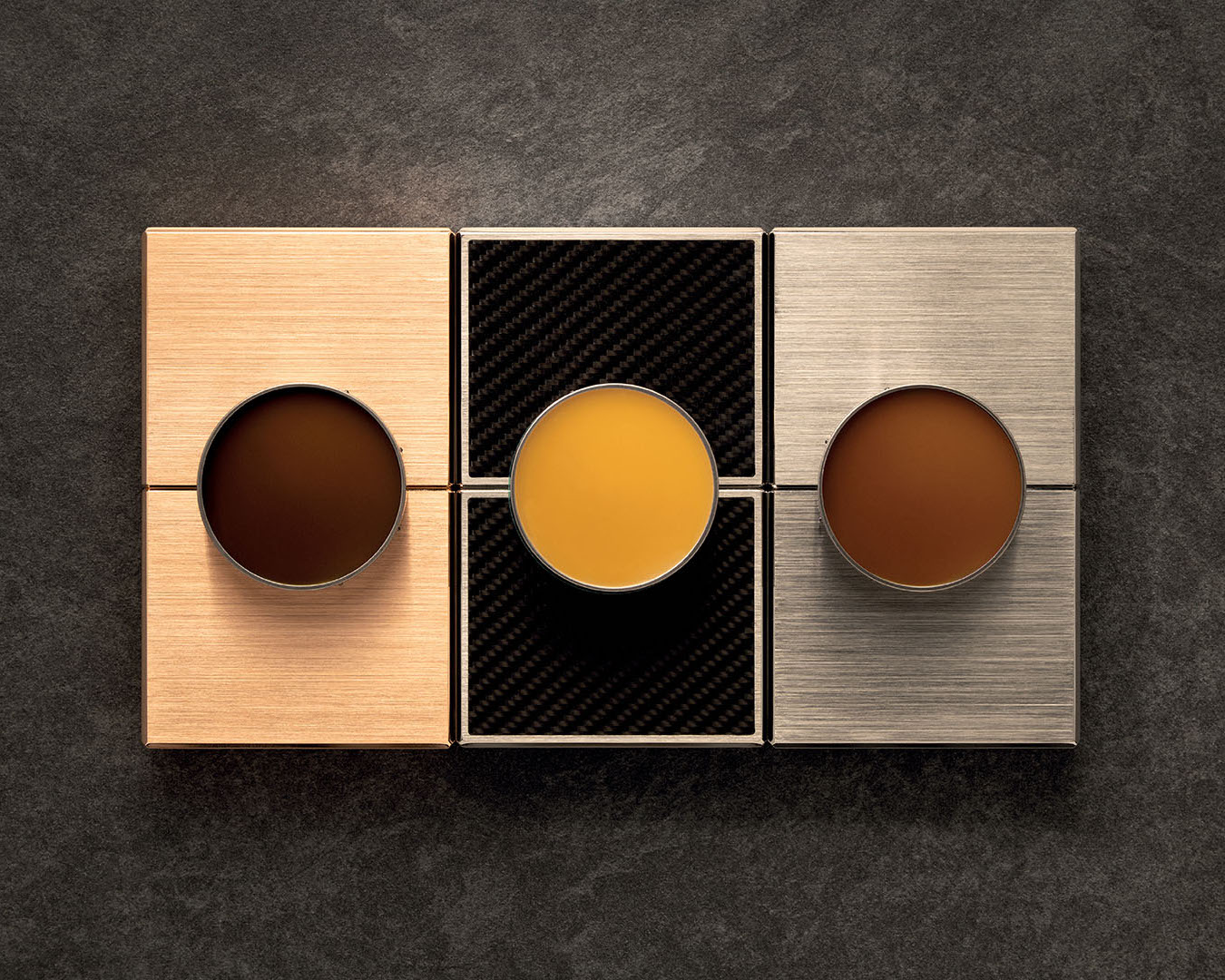 The Fidget Spinner has existed for nearly 25 years now but it only exploded into world’s attention in 2017 after a rash of videos appeared on YouTube and the nascent TikTok featuring teenagers performing fidget-spinner tricks. However, almost a year later, the fad has all but faded out. Dubbed the “hula hoop of Gen Z,” the fidget spinner enjoyed a rise so seismic that e-commerce data firm Slice Intelligence estimated that at its peak the toy accounted for 17% of daily online toy sales. That said, the question isn’t so much the “how” it got popular, but rather the “why”.

Psychologically speaking, whether its nerves or boredom, fidgeting provides a way to relieve you of excess energy and give you something to focus on. A 2005 study from the University of Hertfordshire found that “fidgeting” improved performance in memory tests with the data inferring that lower levels of cortisol, a stress hormone that interferes with learning, was the reason. When one “fidgets” via drumming your fingers or spinning a pen or even shaking your legs, it gives lower brain functions something to focus on, leaving higher brain functions to operate without interference. But I’m a grown businessman you say, how do I reap the benefits of improved concentration and memory performance without using a kid’s toy?

“… I carried to my lips a spoonful of the tea in which I had let soften a bit of madeleine. But at the very instant when the mouthful of tea mixed with cake crumbs touched my palate, I quivered, attentive to the extraordinary thing that was happening inside me.” – Marcel Proust, 1913

Founded by Henry Cremona in 1975, this family-owned French perfume brand spent most of the last 40 years crafting bespoke fragrances for the world’s most discerning clientele. Never ceasing to push the boundaries of French Haute Parfumerie through innovation with an element of surprise, the artisans have surprised us yet again with the Clic-Clac. Breathing new life into the ancient art of solid perfume, the Clic-Clac delights with a brilliant combination of immense technical know-how into the smallest and most precious of solid perfume accessories with the allure of Haute Parfumerie Vivante.

Often, it is a sensory experience that triggers a rush of memories often long past, or even those apparently forgotten. In fact, French author Marcel Proust once dramatised the sensation with literary flourish in his 1913 novel  :“… I carried to my lips a spoonful of the tea in which I had let soften a bit of madeleine. But at the very instant when the mouthful of tea mixed with cake crumbs touched my palate, I quivered, attentive to the extraordinary thing that was happening inside me.” 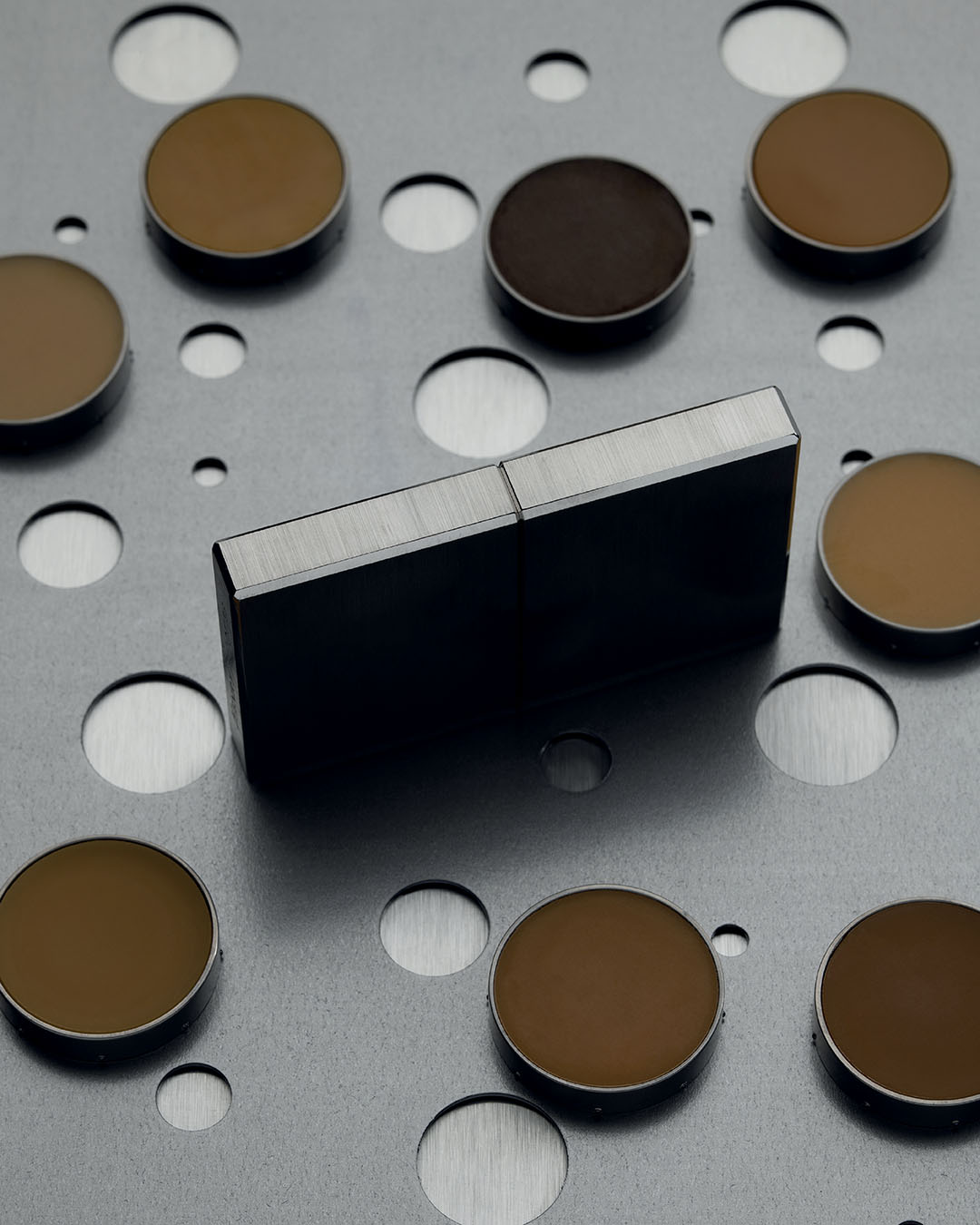 According to Harvard’s Venkatesh Murthy, Raymond Leo Erikson Life Sciences Professor and chair of the Department of Molecular and Cellular Biology, modern neuroscience makes clear that Proust wasn’t far off from the truth – that smell and memory are so closely linked precisely because of the brain’s anatomy. Indeed, superb olfactory signatures reiterated through the launch of the revolutionary Henry Jacques Clic-Clac, the Maison summons its virtuoso know-how and the assistance of sumptuous ingredients into a sophisticated and contemporary accessory to house the new collection of solid perfumes.

Similar to balm, the introduction of its solid perfume composition completes the Henry Jacques trilogy, alongside its Essences and Mists. By reviving the gesture of applying solid perfume, the Maison was met with two challenges: to maintain the integrity of the original fragrances from its 50 Les Classiques, and to create an accessory that is both a fascinating everyday object and the perfect lucky charm. The revolutionary Clic-Clac, available in precious avant-garde materials such as titanium, carbon and gold, is able to play host to all 50 Les Classiques scents in the form of interchangeable solid perfume capsules. Designed with an alcohol-free and almost completely natural base, the nomadic format accompanies its elegant owner everywhere for a touch of fragrance at any time. 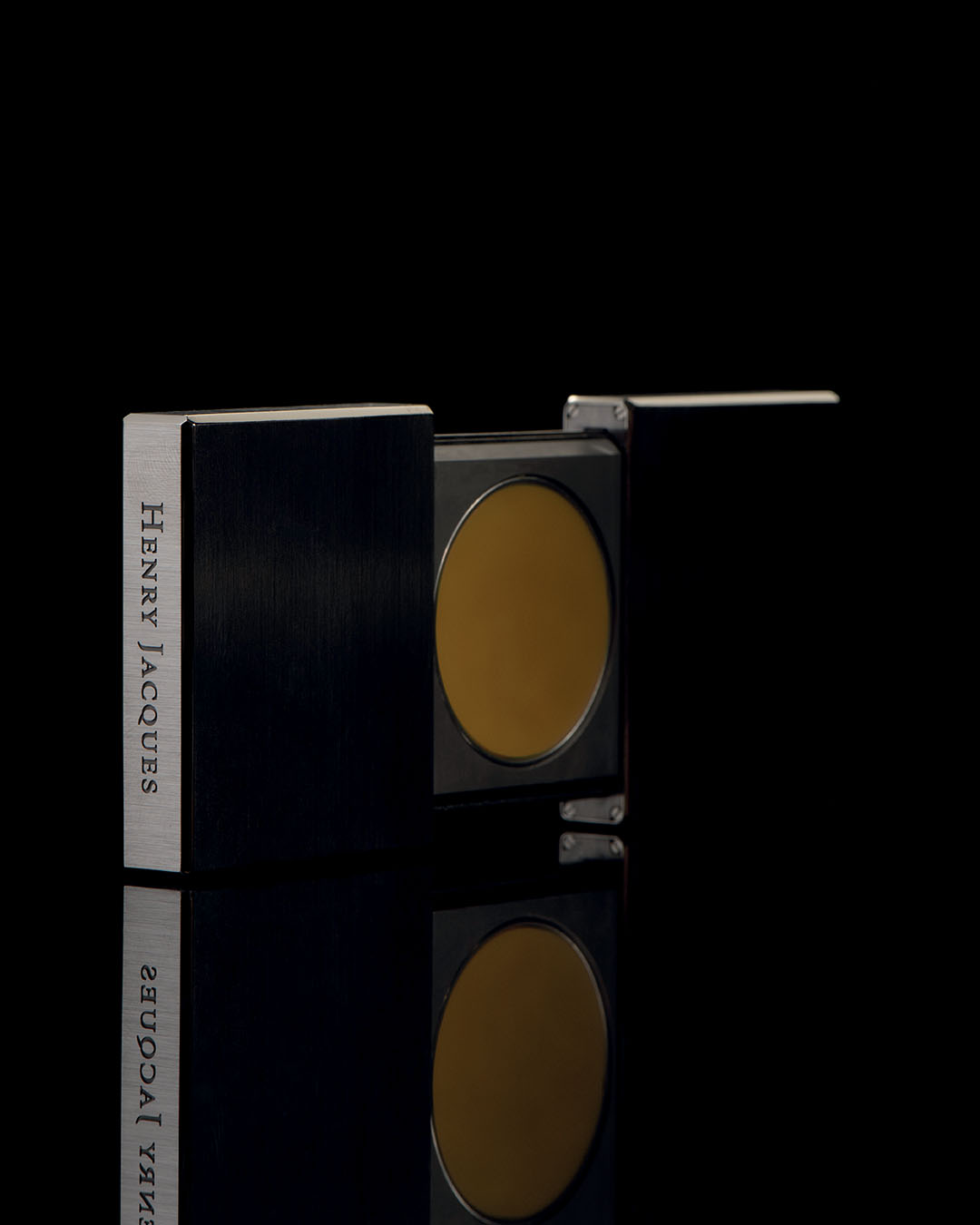 “The creation of this object quickly transported us and overwhelmed us, surpassing all our expectations. Addictive for us, and fascinating for others, the Clic-Clac responds to the need of an era and a generation – a powerful response to something clearly lacking today.” – Anne-Lise Cremona, CEO of Henry Jacques

Like a precious lighter or a cigarette case, Clic-Clac is one of those companion items that gives its owner an elegant air of poise and nonchalance. Behind this sublime “monolith” of elegance and mystery, looms a cult object which, over time (certainly a much longer time than a fidget spinning fad because it combines the utility of Haute Parfum with the joviality of a “flip toy”), the opening mechanism borrowed from watchmaking, and tested thousands of times and offering infallible smooth movement, ensures the item’s unlimited use and your foreseeable unlimited enjoyment. A model of refinement, the Henry Jacques Clic-Clac is a symbol of distinction and a mark of luxury and contemporary living in tune with both social and intimate rituals. 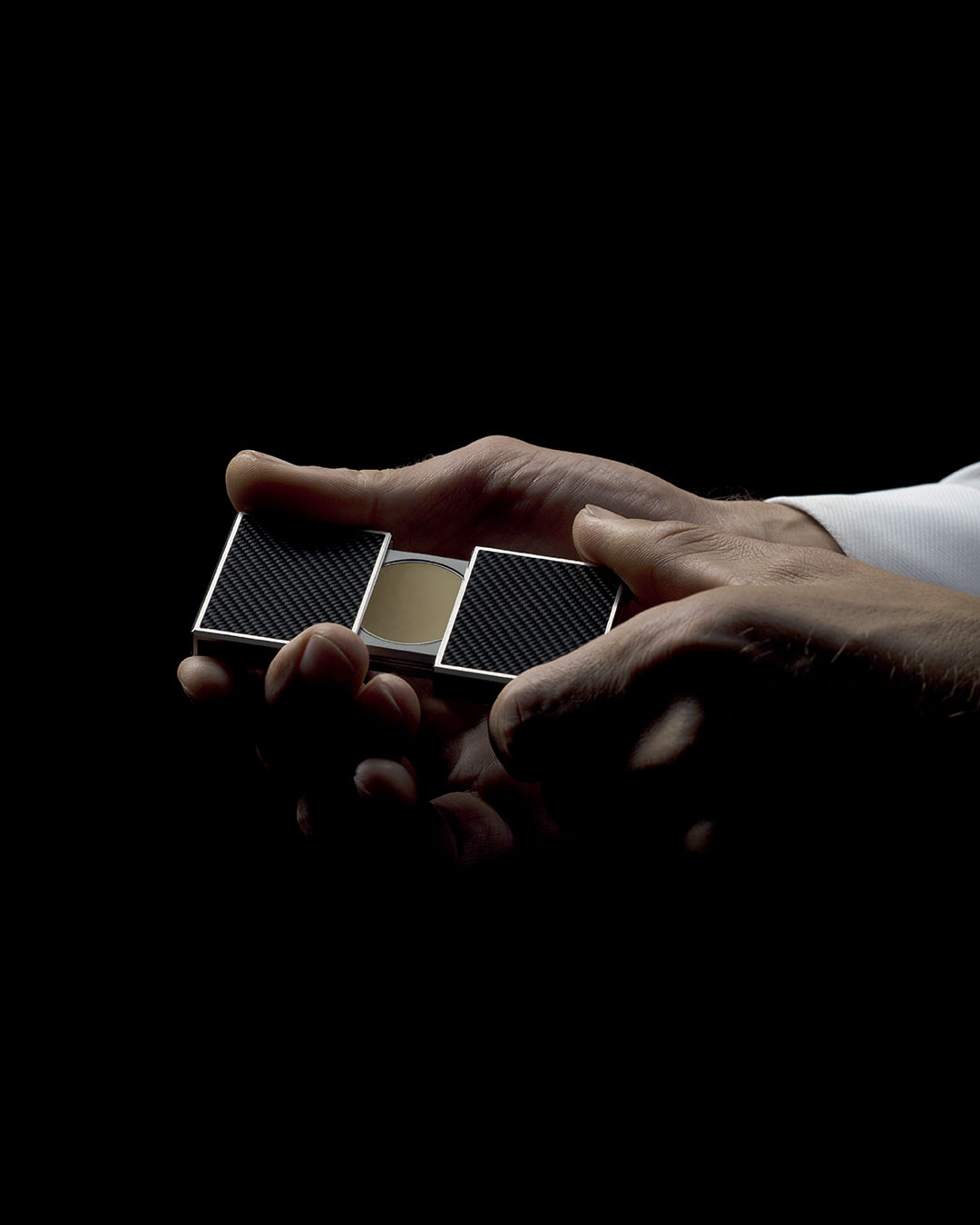 So yes, superb olfactory signatures in concert with the act of “fidgeting” might improve ones concentration and memory retention but science also reveals a previously undiscovered reason for why we fidget. In 2000, a study published in Science, researchers overfed a group of healthy, non-obese volunteers by about 1,000 calories a day over a period of eight weeks. The participants’ bodies appeared to fight back against the overfeeding with a large increase in fidgeting, posture changes and random tensing of their muscles. The test subjects gained vastly different amounts of weight in response. This was strongly predicted by how much they were fidgeting – people who moved more put on less weight.

Ultimately, Roland Rotz and Sarah D. Wright, authors of Fidget To Focus: Outwit Your Boredom: Sensory Strategies For Living With ADHD, tell us: “If something we are engaged in is not interesting enough to sustain our focus, the additional sensory-motor input that is mildly stimulating, interesting, or entertaining allows our brains to become fully engaged and allows us to sustain focus on the primary activity in which we are participating.” If so, Clic-Clac is set to become the ultimate talisman, holding collections of intimate memories, stories and helping us overcome the tedium of difficult days one Clic-Clac at a time.