10 Watches to Spend on Your Dad in June 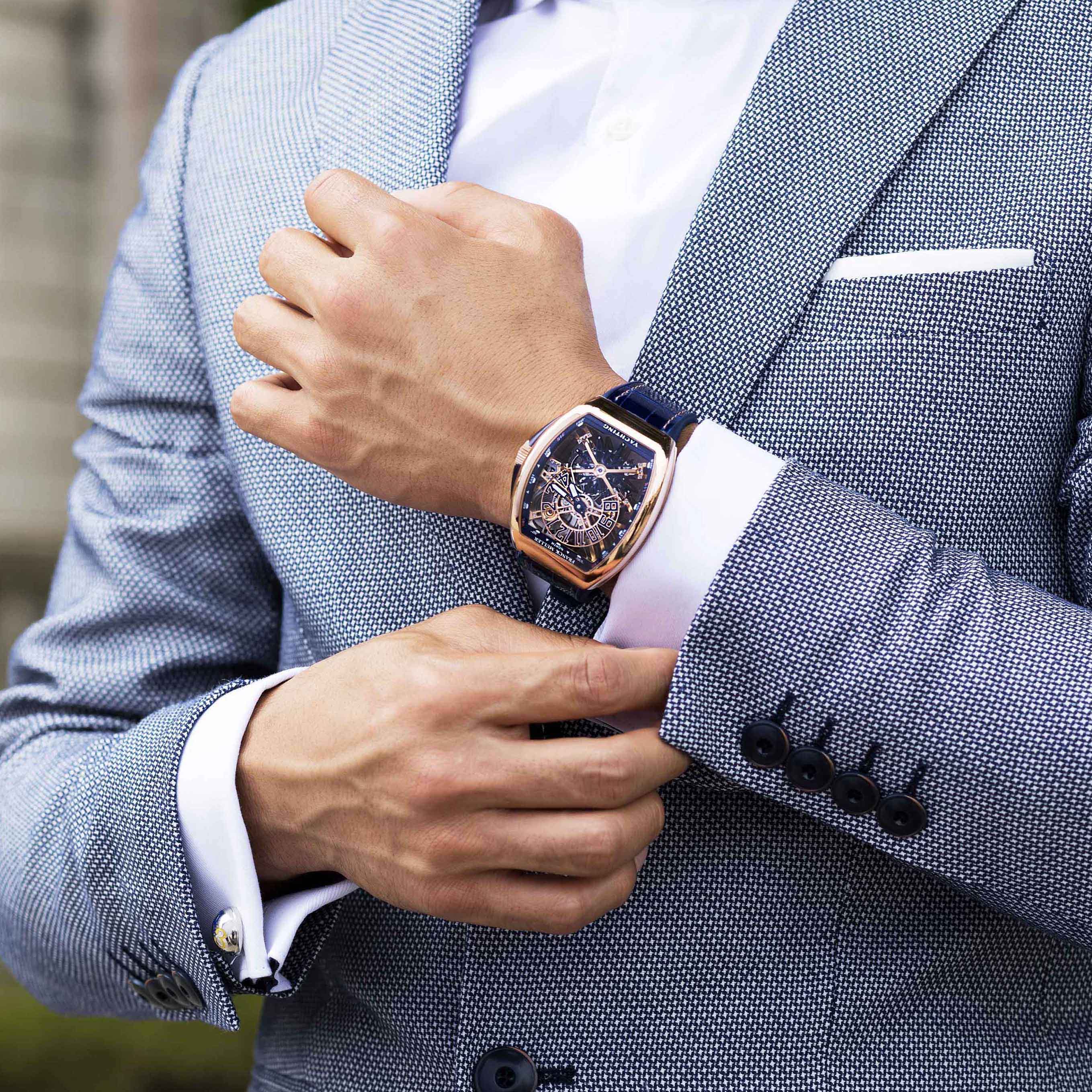 TAG Heuer Connected Modular 45 Full Diamond
The most expensive connected watch in the world – for the most priceless relationship you have in your life.

This latest version from the TAG Heuer Connected Modular 45 is fully paved with a total of 23.35 carats and 589 VVS baguette size diamonds along the bezel, lugs and bracelet – all presented with a magnificent case in luxurious 18K PD125 polished white gold.

More than just looking good on the outside, the connected module is interchangeable with an Haute Horlogerie mechanical module – a three-hand watch Calibre 5, Chronograph Calibre 16, or COSC-certified Chronograph Tourbillon – on top of customisable TAG Heuer dials packed with Google Wear 2.0 and a new Companion App to enhance the software experience.

Bell & Ross BRV2-94 Steel Heritage
Take to the skies with a timepiece from the Vintage collection that is well into its third generation when it comes to paying tribute to the pocket watches from the Great War, and flight instruments from the 1940s.

Inspired by instrument panels from 1960s aircrafts, the BR V2-94 Steel Heritage measures time with precision whilst cultivating a resolutely retro look, upon an iconic black dial with its traditional sand-coloured 12, 3, 6 and 9 numerals, as if aged by the patina of time.

A screw-down crown reinforces the water-resistance of the satin-polished steel case with a slightly smaller diameter of 41mm, whereas rounded lugs that match the new black rubber strap ensure it sits comfortably on any wrist.

Franck Muller Vanguard Yachting Gravity Skeleton
Enamoured with a blue futuristic turbine-shaped tourbillon cage, as though privy to witnessing a supernova in the night sky while far out at sea, the naval heart belies within this celestial explosion that features five-day power reserve, a phenomenal 21.2mm Gravity tourbillon cage of mesmeric blue marine accents.

Piaget Polo S
Here is a classic masterpiece reimagined for any man who challenges the conventional. The ingenious shape-within-shape timepiece continues to reinvent itself through the years, with its cushion-shaped dial, and the Manufacture Piaget 1160P self-winding mechanical chronograph movement – distinctive designs that embody the spirit of the Piaget Society that has over the years, brought together individuals from the worlds of music, film, art and sports.

Hublot Big Bang MP-11 in Sapphire
Made from the hardiest and most resistant material after the diamond, the absolute transparency of the new Big Bang MP-11 is juxtaposed with its chromatic backside, shaped from transparent sapphire crystal. Hublot takes the crystalline case to new heights, endowing curves to the contour of the movement’s cylinders.

Limited to 200 pieces worldwide, the sapphire crystal case bulges to create a loupe effect over the power reserve indicator, a true display of engineering prowess as sapphire crystal is extremely challenging to machine.

Omega The Seamaster 1948 Limited Editions
Between 1940 and 1945, Omega was responsible for delivering more than 110,000 timepieces to the British Ministry of Defence (MoD), all highly valued by British airmen and sailors for its water-resistance and reliability in combat. 1948 birthed Omega’s first family of watches, the Seamaster line, a blend of battle-proven technology and beautiful design, they would go on to conquer the watchmaking world.

Released to commemorate the 70th Anniversary of the Seamaster, the 1948 Limited Editions pay tribute to Omega’s original post-war classics: a small seconds indication at 6 o’clock, and leaf-style hour and domed minute hand; a brown leather strap with a polished-brushed stainless steel buckle; and a flat sapphire crystal caseback laser engraved and lacquered by hand with a 70th Anniversary logo, a Chris-Craft boat and Gloster Meteor aircraft – the first jet plane used by the Royal Air Force.

Limited to 1,948 pieces worldwide, each timepiece is presented in its own special collector’s box made of soft brown leather, with a spare NATO strap, leather strap and strap changing tool.

Rotonde de Cartier Mysterious Day & Night Watch
A father is like the sun and the moon that has watched over you night and day growing up, and this timepiece that presents two historic Cartier complications in one may just be the perfect investment for your daddy dearest.

Both complications dated from 1912, when the mysterious movement was created for the Model A mystery clock, whereas the day/night movement was part of the Comet clock, which was also known as the Planet clock. Magnified by the juxtaposition of the radiating guilloché and satin-brushed sunray finish on the dial, the sun, driven from left to right by the mysterious movement, appears to levitate in the top half of the dial, before handing time over to the moon, the retrograde minutes are displayed in the bottom half of the dial.

Maurice Lacroix Aikon Automatic Skeleton
Openwork timepieces have been an integral part of Maurice Lacroix’s history and watchmaking culture, and in the spirit of contemporary creation, the watchmaker has made this particular timepiece the sum of many new features. The wide AIKON case is reshaped to house the manufacture ML234 calibre movement, an openwork that comes with a whole new pattern, designed purposefully for this timepiece.

Graham Chronofighter Grand Vintage
Military aviation history from the 1940s peaked with this contemporary timepiece of refinement and simplicity born of expertise. The trigger on the left side of the case acts as a symbolic bridge between nostalgia and modernity: originally placed in the cockpit for each thumb-activated operation, it now facilitates smoother operation of the chronograph on the ground, be it stationary or at speed. The 47mm case’s large aperture serves to enhance legibility of the dial, whereas the Swiss G1747 automatic chronograph movement with an Incabloc shock absorber runs on a 48-hour power reserve.

Chopard Mille Miglia Racing Colours in British Racing Green
The Mille Miglia is widely referred to as “la corsa la più bella del mondo”, for its prestigious annual endurance rally that has seen more than 400 historical cars covering an enchanting 1,000-mile route from Brescia to Rome and back. To celebrate the 30th anniversary of the partnership between Chopard and Mille Miglia, the re-edition of a historical Chopard collection now comes in five Mille Miglia Racing Colours – national colours for motor racing first attributed in the 1910s.

Limited to 300 pieces for each dial colour, the finely crafted 42mm Mille Miglia Racing Colours chronographs are inspired by the cars that competed in the Mille Miglia between 1927 and 1940, with a calibre that beats at 28,800 vibrations per hour, and is COSC-certified, ensuring chronometer-worthy precision throughout the 42 hours of its power reserve.