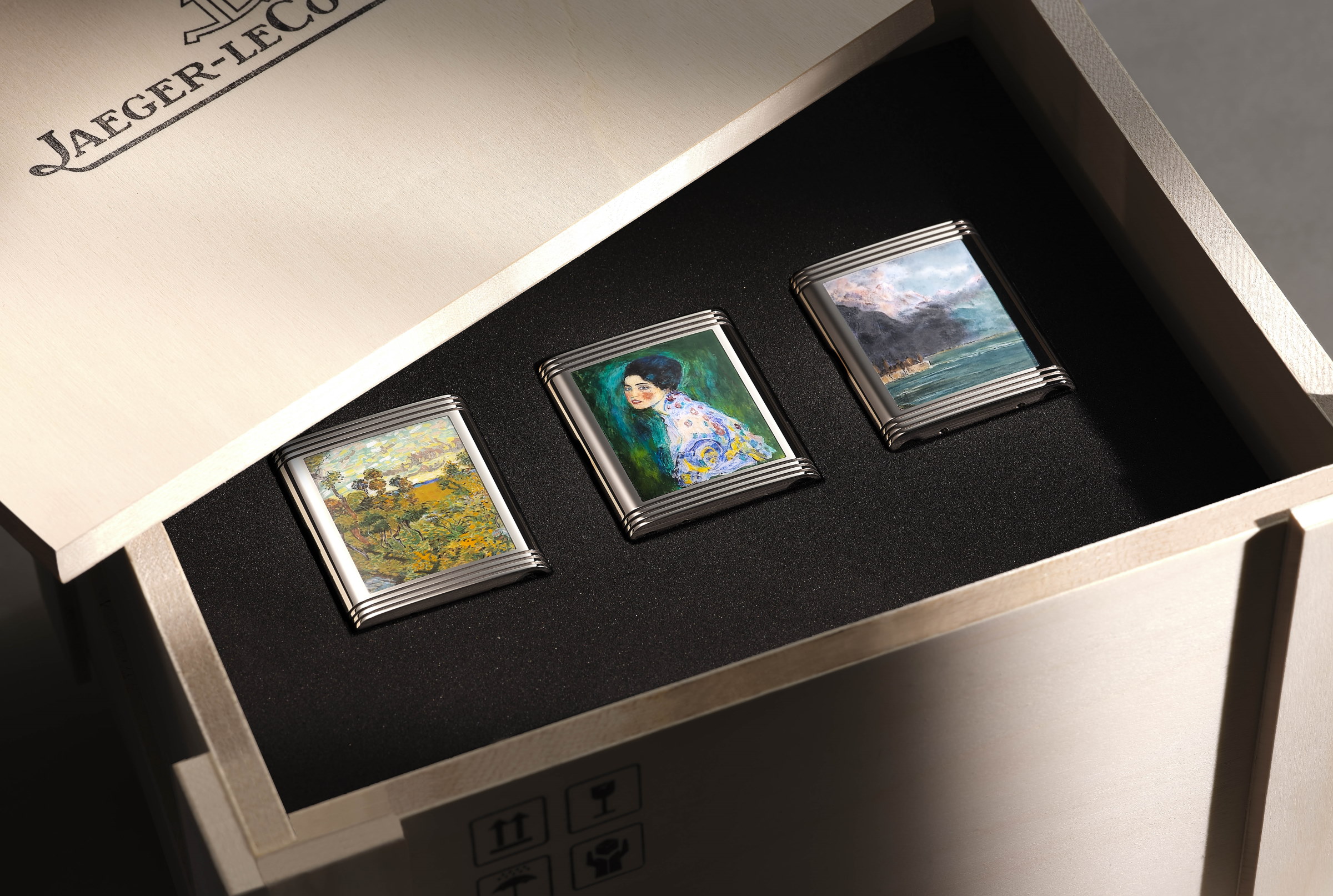 Art And Horology Come Together With The Jaeger-LeCoultre Reverso

The best inventions are often the result of a confluence of ingenuity and fate.

In 1931, the design of the Reverso yielded an unexpected benefit: while its blank metal flip side had begun as a purely functional solution to avoid damage to the dial, it was an idea surface for personalisation with monograms, emblems or messages using lacquer, engraving or enamel.

Among the examples from that era are Reversos decorated with the emblem of the British Racing Drivers Club, a piece with the Eton College coat of arms, and a 1935 edition commemorating the record setting flight from Mexico City to New York by aviation pioneer Amelia Earhart.

Even royalty are not immune to the intimate appeal of a personalised accessory. The Maharajah of Karputala, India, commissioned 50 Reverso watches, one with a miniature portrait of his wife reproduced on the caseback in enamel. 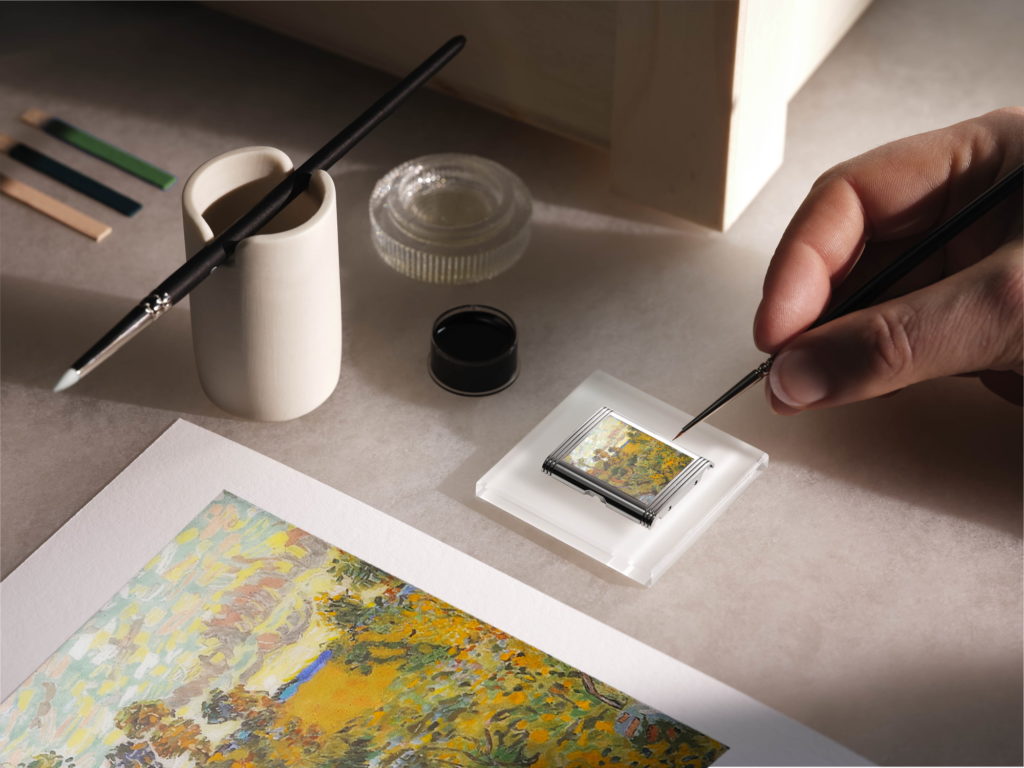 The three paintings reproduced in the Reverso Tribute Enamel Hidden Treasures triptych represent three markers of a major watershed in the Western artistic tradition, from the 19th-Century Realism of Courbet to Van Goghʼs Post-Impressionism, to the expressive and experimental spirit of Klimt and the Viennese Secession. To honour the Reversoʼs unique ability to hide or reveal the artistic treasure created on its reverse side, the manufacture’s researchers identified three beautiful paintings that had been hidden from the world for many decades ‒ in the same vein, you too can be the owner of a personal, hidden treasure and when desire (or God forbid, ego) permits, flip the case over for admiring onlookers.

An Expression In Refined Details 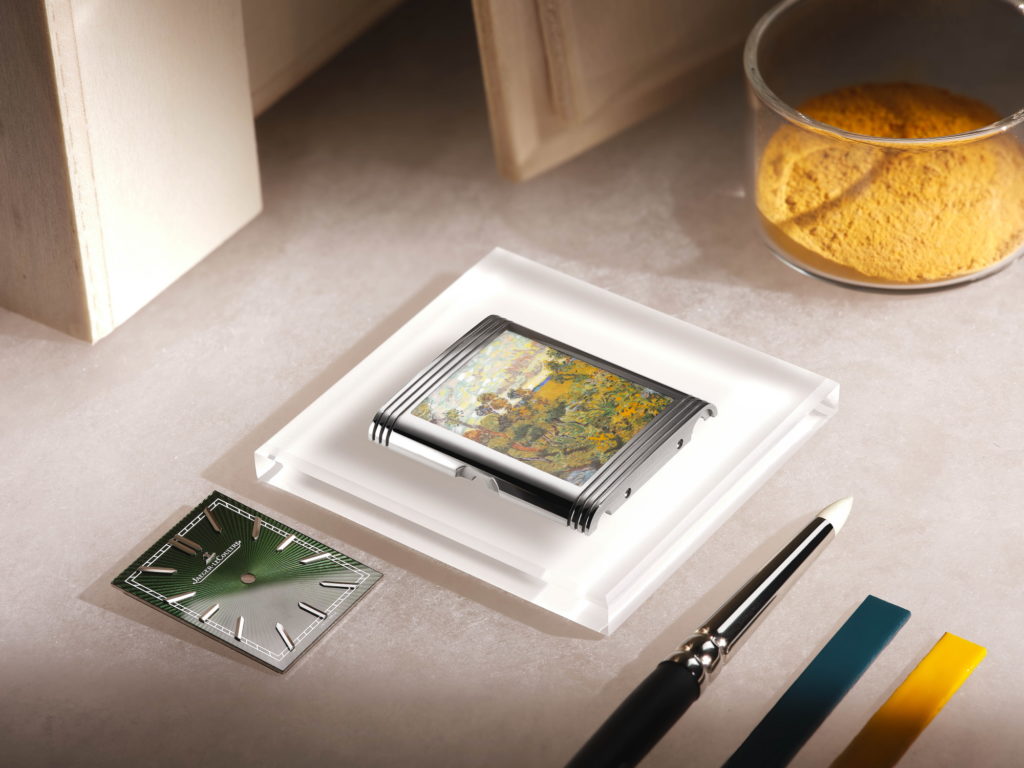 To reproduce a painting in enamel on the caseback of a watch presents several challenges. The enamellerʼs skill as a draftsman must not only be equal to that of the original artist but must also be scaled down many times. Whatʼs more, colour must be controlled so as to exactly match the original work of art ‒ and yet, the nature of enamel pigment means that the outcome after firing cannot be exactly predicted. It is a question of the artisanʼs judgment, based on many years of experience.

As the full potential of the Reverso as a canvas for artistic expression became apparent, the artists of La Grande Maison created increasingly elaborate and spectacular embellishments. Enamelling already a signature of the Reverso collection was joined by engravers, gem-setters and guillochage masters ‒ all of them eventually brought together with the establishment of the Atelier des Métiers Rares.

A Gi­ft Of Exquisite Wonder

Commission the portraiture of a beloved partner or relations like royalty of old, or even engrave family heraldry like Nicholas Hoult as a generational legacy for his progeny. The Reverso goes beyond the manifest skills of a master watchmaker, it is joined by the talented hands of an artist skilled in capturing the ephemeral and quantifying in art, the unquantifiable, making the Reverso a truly unique, and often bespoke exemplar in fine watchmaking.