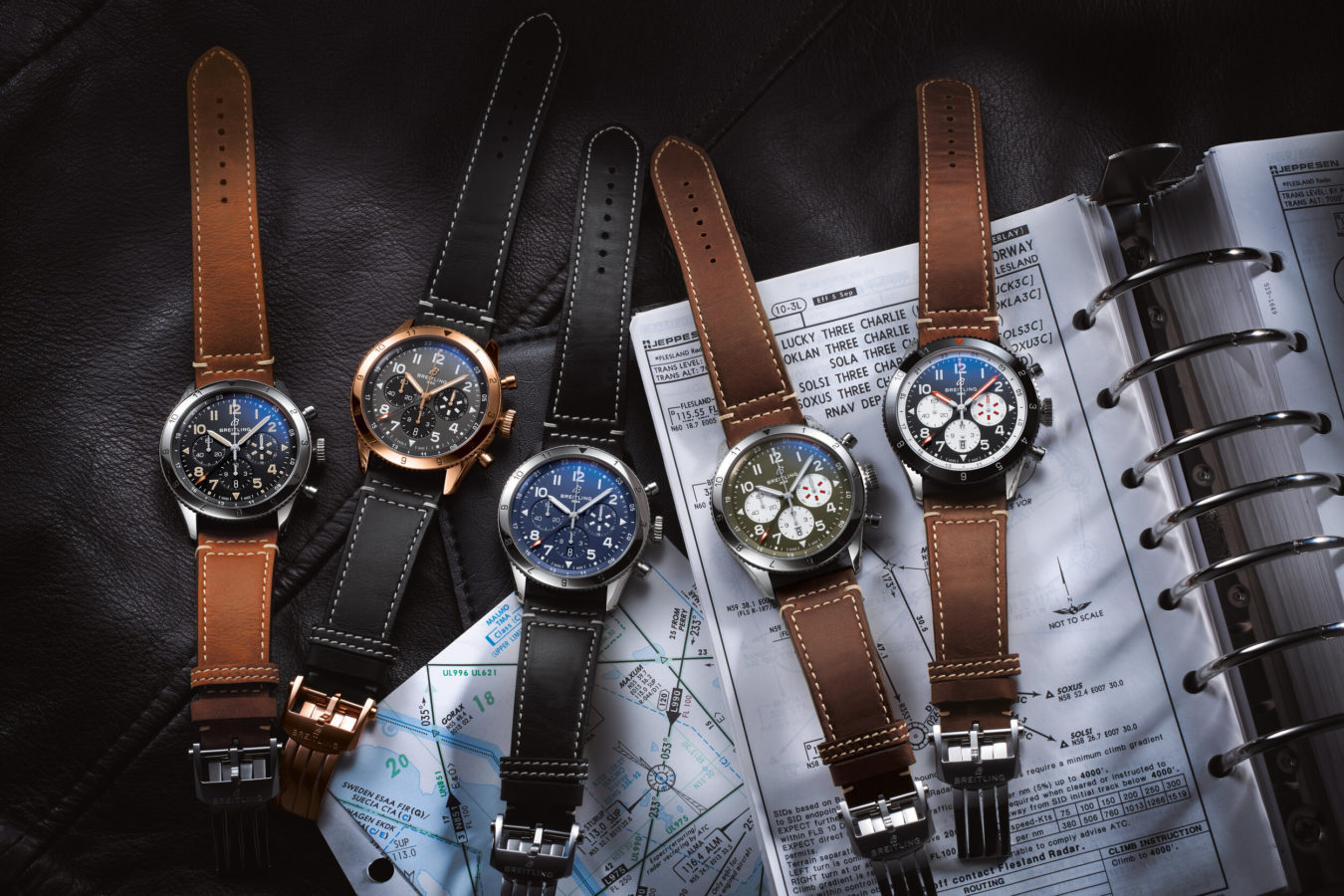 In particular, the interpretations of the four aircraft give the series its emotion and bold graphic appeal, while at the same time evoke the spirit of early flight. As the name implies, the Super AVI celebrates aviation history with designs inspired by the original 1953 “Co-Pilot” Ref. 765 AVI aviator’s watch and four legendary planes: the North American Aviation P-51 Mustang, the Vought F4U Corsair, the Curtiss P-40 Warhawk, and the de Havilland Mosquito.

Aesthetically, the Super AVI’s distinctive design includes large, highly legible Arabic numerals on the dial and bezel. Speaking of which, pilots and other travellers surely will appreciate the ability to track a second time zone using the 24-hour marking on the inner bezel and the red-tipped GMT hand.

Moreover, the knurled bezels provide optimal grip, and top-stitched calfskin straps give a nod to the seams found on leather flight gear of the era. The sturdy case, on the other hand, measures 46mm, while the oversized crown sits at 3 o’clock. Beneath the dial, the Super AVI is driven by the COSC-certified Breitling Manufacture Caliber B04 movement, which provides approximately 70 hours of power reserve.

For instance, the Super AVI P-51 Mustang pays homage to the best all-around fighter plane of its era in two distinct versions: a stainless-steel case with a black dial and gold-brown leather strap, and an 18k red gold version with an anthracite dial.

Finally, the Super AVI Mosquito features a combination polished and satin-brushed black ceramic bezel and a black dial with white contrasting chronograph counters. Of particular note, its red and orange elements recall the roundels and markings found on the versatile plane, dubbed the “Wooden Wonder.”

“This collection embodies that sense of nostalgia for the early days of aviation when pilots relied on their watches as onboard tools. But you don’t have to be a pilot or vintage-aircraft buff to appreciate the exceptional craftsmanship and rugged design,” says Breitling CEO, Georges Kern, in closing.