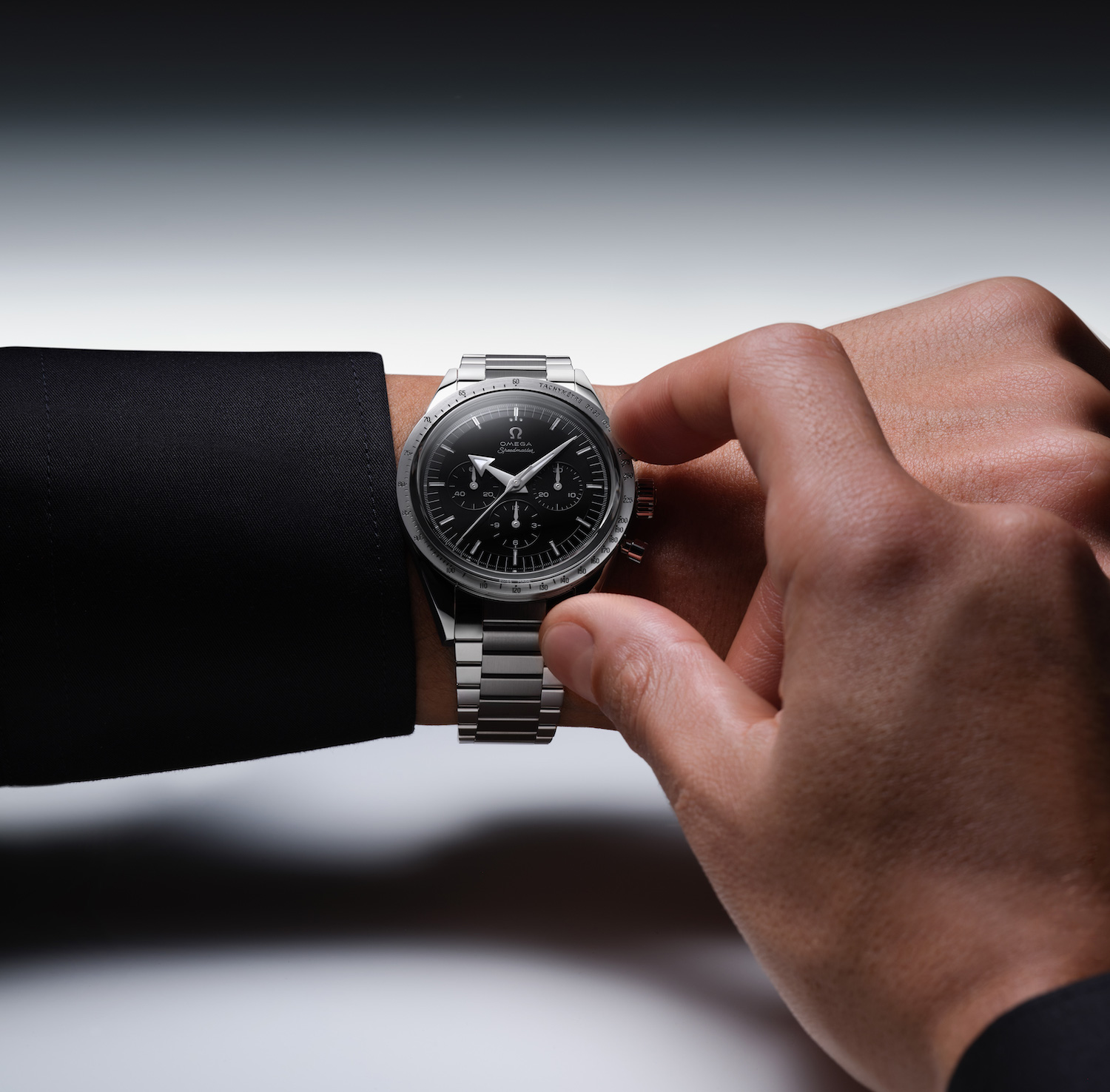 Omega’s first Speedmaster, the reference CK2915-1 is a rare and highly collectible timepiece.

A Speedmaster Ref. 2915-1 recently sold in November 2021 for $3.4 million at Phillips’s Geneva Watch Auction XIV, setting a new record for the most expensive Omega watch ever sold. So, when I tell you that a S$118,750 18K Canopus Gold Omega Speedmaster inspired by the very first Speedmaster CK2915-1 from 1957 is a real bargain. It’s not hyperbole. 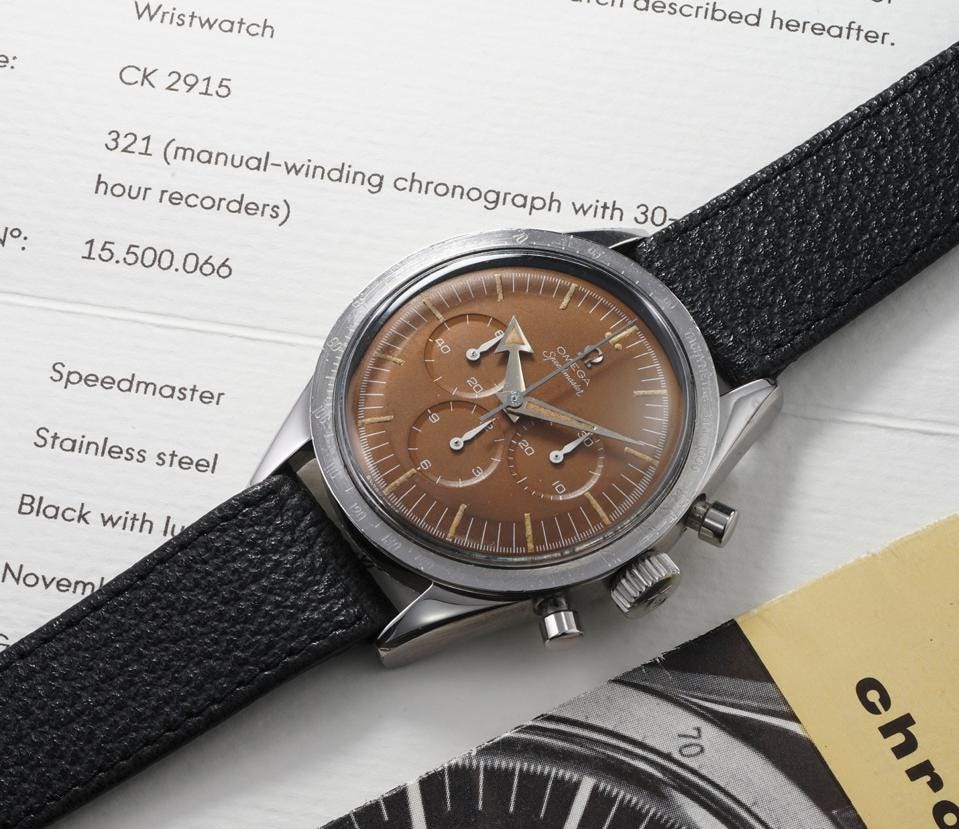 Complete with vintage details and a period authentic Calibre 321 that was laser scanned and recreated down to its smallest screws, Omega’s newest Speedmaster for 2022 marks the collection’s 65th anniversary with a unique 38.6 mm case that has been crafted in 18K Canopus Gold.

Created for professional racing car drivers, when this legendary collection was first launched in 1957, it changed the face of chronograph watchmaking. This was the first run of Speedmasters also represented the first time chronographs featured a tachymeter scale on the bezel as opposed to the dial. The classic models also sported a 38 mm diameter stainless steel case (contrast to modern Speedmaster variants in 40mm and 42mm) with Broad Arrow hands and the Lemania-based caliber 321 movements.

Canopus Gold is Omega’s exclusive own white gold alloy almost indistinguishable from well polished steel seen on the world’s original “working man’s tool watch”. Canopus Gold is a unique composition including platinum, rhodium and palladium for colour and stability, while bearing all the standard characteristics of other 18K golds, while also distinguishing itself for its high brilliance, whiteness and longevity.

The 321 Canopus gold Speedmaster marks the 65th anniversary of the collection with a special non-limited model that will be exclusively offered via Omega boutiques. Not just a simple colour or material evolution, Omega paid a lot of attentions to “collector’s catnip details”:  this 2022 Speedmaster Canopus Gold has been given a deep black onyx dial with an applied vintage Omega logo and typography featuring an oval “O” – a detail that was typical for the first CK2915 models.

Indicators are also especially legible with 18K Canopus gold PVD treated white gold hands and indexes. On the bezel, the iconic tachymetre readings have also been filled with black “Grand Feu” enamel, and featuring two of the original Speedmaster’s most collector-worthy details: the famous dot over ninety (DON) and a dot diagonal to seventy.

Perhaps most sought-after detail is the famed Calibre 321, the original movement used inside the Speedmaster in 1957: the legendary movement which powered the watches worn during the Apollo missions, including history’s six moon landings. The Calibre 321 was brought back into production in 2019, retaining all the authentic specifications, it gives the new Omega Speedmaster Canopus Gold added provenance and connection to its historic predecessor.

On its caseback, an engraving of the unmistakable Seahorse – a brand icon used on the Speedmaster since 1957 -has been added to the inside of the sapphire crystal glass; The Equine’s twinkling eye is made from a sparkling blue sapphire, a precious jewel that traditionally marking a 65-year celebration. Remaining  consistent with the historical look, this new Speedmaster Calibre 321 is equipped with a 19mm flat link bracelet in Canopus Gold, brushed and polished and featuring a folding clasp with security push-buttons and comfort release adjustment system.

The new Omega Speedmaster Canopus Gold is presented in a special wooden box. Crafted with a Rosewood-like pattern in honour of the collection’s 65th anniversary with the shape and design of the box is inspired by the original Speedmaster boxes that customers would have received in 1957.