Love In A Time of Covid: An Interview With Mike Horn
AM SelectRead More
Foreo Unveils The Luna 3 Men, The Ultimate Device For A Radiant Complexion
StyleRead More
Meeth’s Ceraderma Essence Focuses on Skinimalism Where ‘Less Is More’
StyleRead More
The Craft Irish Whiskey Co. Enters the Double-Distilled Space With The Brollach
Food & DrinkRead More
What's up in the world of fashion, jewellery and watches? Sign up to receive it all.

The ocean heaves and swirls with every shade of blue and green. It seems fitting then that Omega has expanded its Seamaster Aqua Terra 150M collection to include two new watches in these hues. Omega’s Seamaster Aqua Terra 150M collection has long enjoyed a diverse selection of dials and bracelets that suit a variety of occasions. In this case, the blue and green dials of the latest Aqua Terra 150M timepieces have brushed sunburst textures to accurately reflect the collection’s nautical heritage. These seafaring colours are delivered in a horizontal “teak” pattern, as inspired by the wooden decks of luxury sailboats. Size-wise, the new timepieces clock in at 41 millimetres like their predecessors. Visibility is a non-issue with the lumed hands and hour markers. Meanwhile, a date window at six o’clock confers a sense of symmetry to the dial and contributes towards the watch’s balanced aesthetic.

As its name declares, the Seamaster Aqua Terra 150M is water-resistant to up to 150 metres. Not exactly the go-to for scuba diving, but it will certainly hold up to a casual splash in the pool.

Powering the Seamaster Aqua Tera 150M is Omega’s Calibre 8900, which is based on the manufacture’s first in-house co-axial movement. Omega’s co-axial movements feature a free-sprung balance with a silicon balance spring for better positional precision and shock resistance respectively. In this instance, the Calibre 8900 comes with a Master Chronometer certification from COSC and METAS. Additionally, the movement is resistant to magnetic fields exceeding 15,000 gauss. Also featured is a quick-set function, which allows the wearer to rapidly adjust the date and time in convenient one-hour jumps. Finally, a finishing touch comes in the form of a rhodium-plated bi-directional rotor and bridges with arabesque Geneva waves. 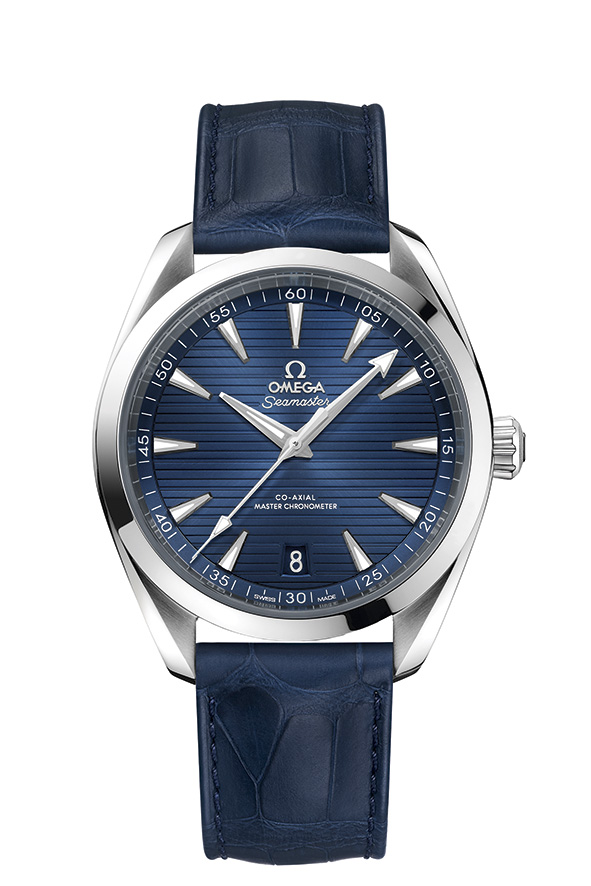 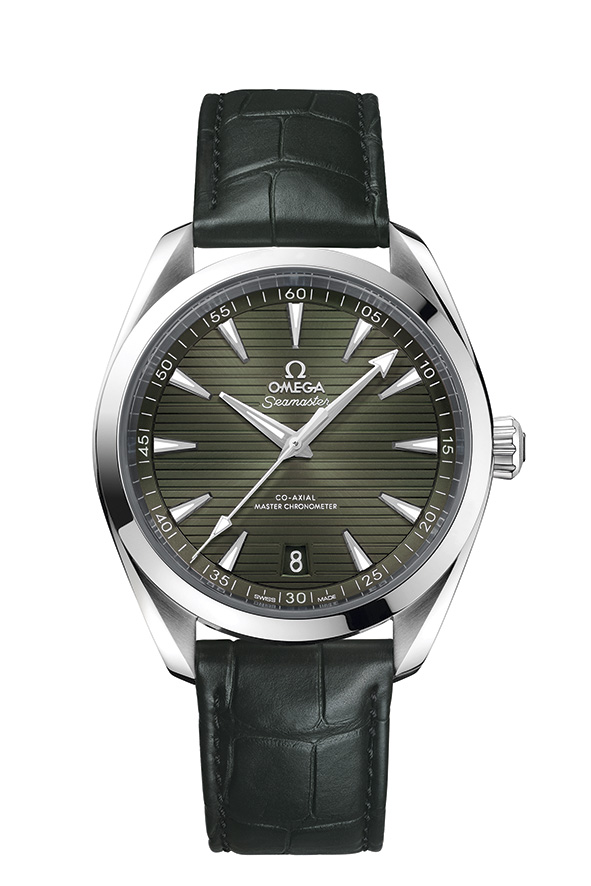 The two new dials have given rise to four new references. Both the blue and green Seamaster Aqua Terra 150M come with a steel bracelet with polished centre links. They can also be paired with matching leather straps as an alternative. This expanded palette adds to the collection’s enduring appeal, and ensures there is something for everyone.

Omega
luxury watches
aqua terra
coaxial
Evigan Xiao Writer
Evigan is an avid fan of bench-made boots, raw selvedge denim, single malt Scotch and fine watches. When he's not busy chuckling over image dumps on Imgur, he can be found lifting heavy objects in the gym or fussing over his two dogs, Velvet and Kenji. He dreams of one day owning a cottage in the English countryside and raising a small army of Canadian geese to terrorise the local populace.
Talk to Me About:
Men's Fashion
luxury watches
fitness
Technology