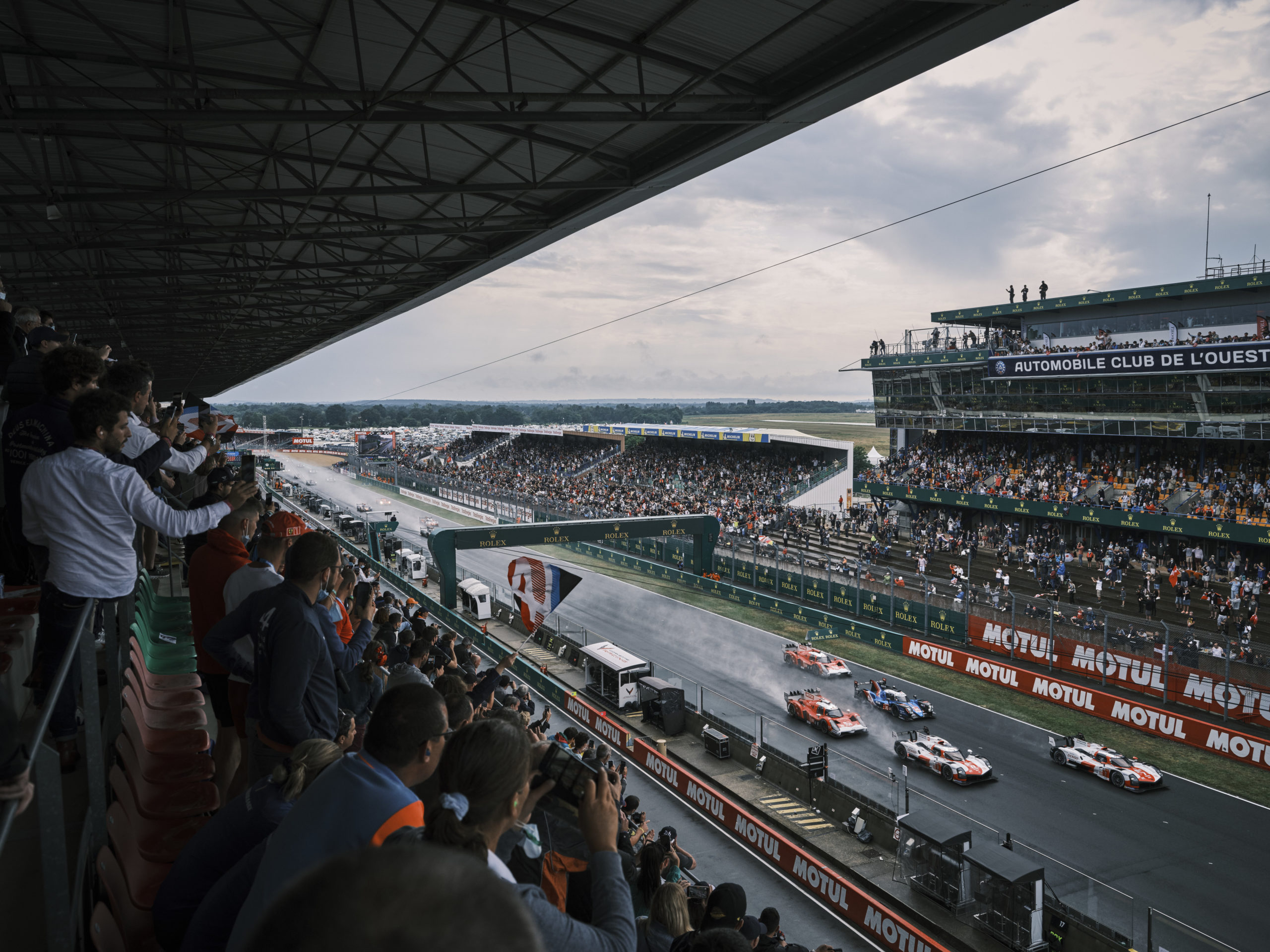 A Look At Rolex And Its Spirit Of Endurance In Motorsport

The relationship between Rolex and motorsport dates back to Sir Malcolm Campbell’s World Land Speed Record successes in the 1930s, when he became the first driver to break the 300mph barrier (483km/h) at the wheel of his car, Bluebird. Since then, the watchmaker’s presence in motor racing has grown steadily, its support extending to revered heroes of the race track as well as endurance events such as the Rolex 24 At DAYTONA, 24 Hours of Le Mans, FIA World Endurance Championship, not to mention the pinnacle of motorsport, Formula 1, having supported Rolex Testimonee and three-time FIA Formula 1 Drivers’ World Champion Sir Jackie Stewart since 1968.

Today, this relationship extends to the sport’s greatest event, the 24 Hours of Le Mans, for which Rolex became the official timepiece since 2001, and its most iconic driver, Tom Kristensen. The Danish racer achieved a record nine overall victories at Circuit de la Sarthe and has been a Rolex Testimonee for more than a decade.

Almost a century after it was first held, the 24 Hours of Le Mans remains the ultimate test of perseverance and mechanical proficiency for the world’s most advanced sports cars. It is a challenge that the best racing drivers from across motorsport want to take on to prove their versatility in the toughest environment, and one that Kristensen eventually started on 18 occasions.

Throughout his career, Kristensen faced many setbacks; yet he showed these obstacles were often the impetus for his success at the highest level of sports car racing. Describing the 24 Hours of Le Mans, he said, “It is the greatest race to be part of and it is so different every year. When you finish the race, or even if you have to retire, you always come away with something new to overcome and conquer.”

For Kristensen, the opportunity to break records was not the reason for his return to Circuit de la Sarthe each year. Rather, it was a commitment to persistently enhance his performance. “To be successful you need lots of motivation – the ability to not give up was key,” said Kristensen.

Endurance racing is a matter of synchronicity between different temporalities; the time in motion, as the clock counts down to the chequered flag, and the slightest of moments, when everything can change in a split second. When the driver masters both the course of their machine and that of time, they conquer the 24 Hours of Le Mans.

In recognition of the outstanding achievement and dedication displayed, Rolex awards a specially engraved Oyster Perpetual Cosmograph Daytona to the winners of the 24 Hours of Le Mans. Reflecting on the significance of receiving a timepiece after conquering the revered Circuit de la Sarthe, Kristensen said, “My Rolex watches are emotional possessions and remain as special to me today as when I was first awarded them. They tell the story of defining moments in my career; when I look at them, not only do I see precision timing, but I relive the achievements I accomplished with my team and co-drivers. I still remember each race as if it were yesterday; the preparations in the paddock, the fans around the circuit and the incredible atmosphere throughout the race weekend.”

This year’s 89th edition of the 24 Hours of Le Mans was a true race of attrition, characterised by changing conditions in the early stages which demanded absolute focus and ceaseless commitment. In Rolex’s 20th anniversary year as the Official Timepiece, the endurance epic continues to be the definitive race against the clock, providing the definitive stage for these unrivalled machines to showcase their technological prowess.

In spite of heavy showers at the beginning, there was action from the first lap of green flag racing, with a number of incidents ensuing, as the teams negotiated the wet conditions and adapted to the evolving track. The race was the ultimate test of endurance, with just 44 of the 61 starters going the distance to complete the 24-hour marathon. The Le Mans Prototype 2 (LMP2) class was strongly contested, with intense battles throughout the field, up until the closing stages. In their Le Mans debut, Team WRT’s No. 31 ORECA 07-Gibson machine clinched victory, after late heartbreak for its No. 41 sister car who came to a sudden stop from the lead on the final lap of the race. Ferrari took honours in both the Le Mans Grand Touring Endurance (LMGTE) classes, with the No. 51 fending off rival manufacturers Corvette and Porsche to second and third place in the Pro category, while the No. 83 completed 340 laps to win in LMGTE Am.

At the front, the No. 7 Toyota managed to stay out of trouble, showing great pace and reliability to build a steady lead, finally bringing their Hybrid GR010 home to take their maiden win ahead of their teammates in the No. 8. Victory was sealed by the No. 7 Toyota Gazoo Racing team when Kamui Kobayashi took the chequered flag, after a dominant race for the Japanese manufacturer car, co-piloted with Mike Conway and José Maria Lopéz.

Claiming the inaugural overall victory for the new Le Mans Hypercar (LMH) category at the Circuit de la Sarthe, the No. 7 drivers were awarded an Oyster Perpetual Cosmograph Daytona in recognition of their monumental achievement.

Speaking ahead of the podium celebrations, Mike Conway said: “It is an incredible feeling. We have had some bad luck at Le Mans – so, to get it done here, with the new Hypercar and with these team mates, it feels so good. You work so hard for this one and, each year, you forget how hard it is.”

Following the conclusion of this year’s race, Tom Kristensen reflected, “It has been great to be back at Circuit de la Sarthe and, especially, to witness a brilliant victory for the No. 7 Toyota, after so many years of coming so close – with three pole positions and leading the race on three occasions – finally they got their deserved win.”

“It was a very eventful race, as the rain came at the worst time, before the race started and then again as darkness fell. But the No. 7 team delivered a fantastic display of determination and strategic know-how to execute the perfect race – being pushed to the limit, the drivers were completely in tune with their new Hypercar machine. I am delighted for them all. Mike Conway is one of the most hard-working, genuine drivers; the ultra-fast Kamui Kobayashi now has his well-earned Le Mans win; and Argentina finally has another winner of this historic race with ‘Pechito’ (José Maria López), the first since José Froilán Gonzalez in 1954.”