A close-up look at the dial of the latest King Seiko. All images from Seiko

Yup, you read that right, Seiko has 140 years worth of history under its belt, or should we say strap?

When Kintaro Hattori founded his company in 1881, he was just 21 years old. During his fifty years at the helm, Seiko became the leading watch company in Japan, with its own design and production facilities. This achievement was a direct result of his single-minded vision that Seiko should always be “one step ahead of the rest.” His words resonate still and continue to inspire Seiko today.

In celebration of the rich 140 years of success, Seiko has launched a number of new watch models.

Never before in the company’s history had there been a period of such creativity and achievement. From the first Grand Seiko in 1960 to the automatic chronograph in 1969, the sixties was a decade of important advances in both technical and design development that laid the foundation for the company’s future success in the prestige watch arena. Alongside Grand Seiko, one other series in particular demonstrated the company’s ability to create mechanical watches with high accuracy. It was called King Seiko and, in addition to its precision, it offered a powerful yet graceful design that symbolised the high quality of its construction. 2021 marks the 140th year anniversary of Seiko’s foundation and a re-creation of the second series of King Seiko, known as the King Seiko KSK, will be released in celebration of this landmark.

Powered by a manual-winding 25 jewel caliber, the King Seiko KSK was a new departure in design. In contrast to the gentle rounded contours of the first King Seiko creation, the KSK case was strikingly sharp and angular and had a contemporary feel. Its flat surfaces and multi-faceted corners caught the light from any angle and gave the watch a new and striking brilliance. With its water resistance and hacking seconds hand, it offered a high level of practicality which, together with its distinctive design, soon made the KSK a much-demanded watch for Japan’s fast-growing number of watch fans.

The new re-creation brings the 1965 KSK back to life in every detail. The combination of the flat dial with the faceted indexes and broad, sharp hands re-creates the refined elegance of the original. The sharp, bold faceted lugs feature large flat planes and razor-sharp angles and are Zaratsu polished to a distortion-free mirror finish.

For its 140 years celebration, Seiko has introduced a number of variants of its famed Grand Seiko.

First up, in honour of the 140th anniversary of the foundation of the company, Grand Seiko proudly announces a new Spring Drive chronograph that perfectly embodies Kintaro Hattori’s vision.

This powerful watch allies all the high functionality of the Spring Drive chronograph Caliber 9R86 with a new design and a new combination of materials. The result is a timepiece of rare refinement. The bezel catches the eye immediately with its dodecahedron shape, its zirconia ceramic outer layer and 18k gold base. Thanks to this combination of materials, it is both strikingly beautiful and highly durable.

Next up is an ode to the seasons, which is also a tribute the the 140 years of Seiko done by way of a new series of Grand Seiko GMT timepieces.

In Japan, each of the four seasons of the year is experienced in six phases and all have their own distinct characters. The subtle changes from one to the next bring the nature of time ever closer to our senses. Each of these GMT watches celebrates one of the year’s 24 seasonal phases or sekki.

The softly contoured case has the classic yet distinctive Grand Seiko edges that are sharp and angular, and the sides are Zaratsu polished to a distortion-free finish. Both the mechanical and Spring Drive movements are clearly visible through the sapphire case backs and the beauty of their finishing is there to be enjoyed. 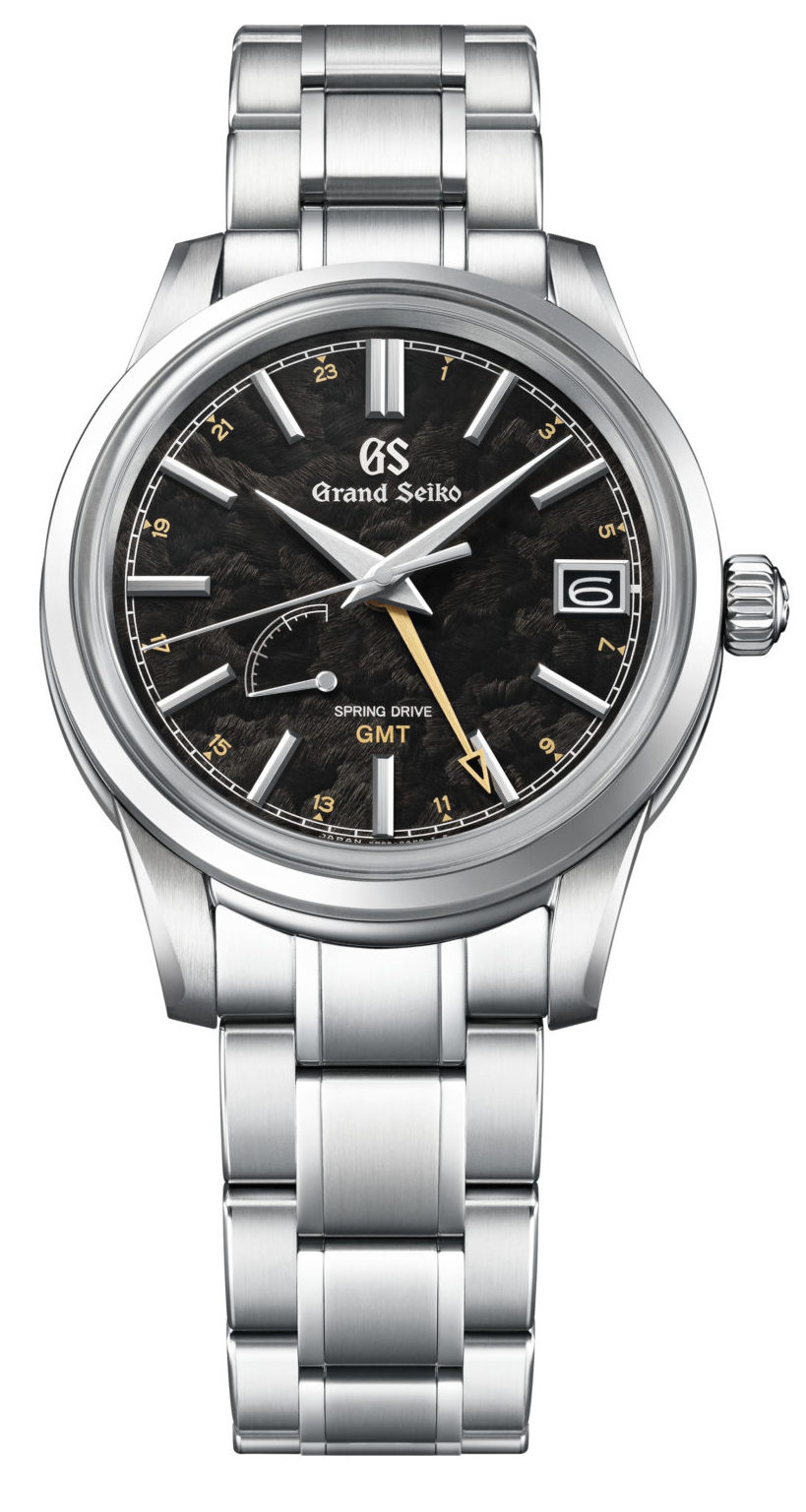 Tōji's dial boasts the texture and colour of a winter landscape

An explanation of the Seiko 140 years anniversary editions of the Grand Seiko GMT pieces are below:

It is in Shunbun that the spring equinox finally arrives and everyone senses spring is truly in the air. The cherry trees in the mountains start to bloom and their sakura blossom decorates the slopes. The green dial and rose gold accents perfectly capture the promise of spring.

High summer approaches and, at last, the rainy season ends. In Shōsho, the warm wind creates delicate ripples in the many thousands of lakes and ponds that shimmer in the early summer sun throughout Japan. The wave pattern dial brings Shōsho to life.

The evenings draw in and there is a chill in the morning air. The glide motion seconds hand moves silently, like the moon across the night sky. Autumn is at its height.

The winter solstice is in Tōji. The days are short, the air is crisp and clear and snow muffles the sound of the wind. The dial has the texture and color of a winter landscape as the sun sinks lower in the sky.

Each of the Seiko 140 years anniversary models have various release dates locally, get in touch with Seiko’s sole distributor at +603-2141 5163 for more info.