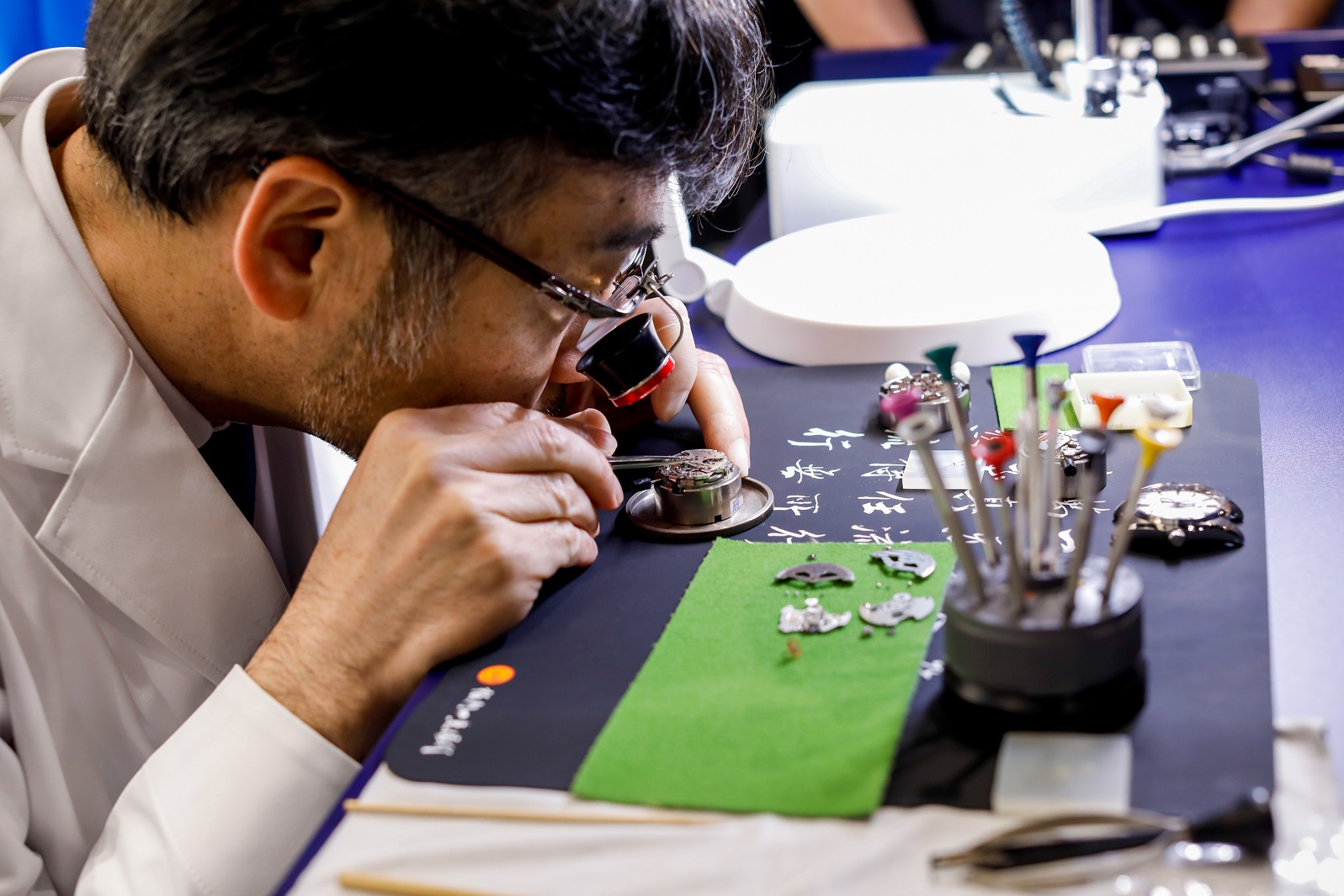 Seiko offers an astonishingly wide range of watches, from affordable mass market ones like the Seiko 5 to top-of-the-line Grand Seiko and Credor timepieces. As a vertically-integrated manufacture, the brand also produces its own movements, with its calling card being the exclusive Spring Drive calibres that were developed in-house and first introduced commercially in 1999.

The Spring Drive is best described as a hybrid movement. On one hand, it’s powered by a traditional mainspring, and has a gear train not unlike any other mechanical movement. On the other, the balance and escapement are eschewed for a quartz system for timekeeping. The intermediary between the two is the glide wheel, which draws energy from the mainspring to rotate and power the quartz timekeeping circuit, which in turn regulates its rotation. The glide wheel drives the seconds hand directly, and its constant rotation is what makes the seconds hand on every Spring Drive calibre a perfectly sweeping one.

You’re a master assembler for Seiko’s Spring Drive movements. Is there much difference between assembling a mechanical movement versus a Spring Drive calibre?

There’s isn’t much difference, to be honest. I was selected to specialise in assembling Spring Drive movements because this technology is exclusive to Seiko. Even the challenges are similar – for me, the most demanding part of assembly is to avoid damaging or scratching the components as they are being handled, because they are all finished to a very high level. It’s a task that demands dexterity, patience, and concentration.

The Spring Drive has several unique characteristics. The main one is, of course, its hybrid architecture, which combines features of both quartz and mechanical movements to give a perfectly smooth sweeping seconds hand. Are there other things the average watch collector may not know about?

I think the Spring Drive still has some way to go in terms of public awareness, because it’s not so popular yet. My focus now is to use client events at boutiques, and other such chances, to introduce the Spring Drive to the public, especially to those who are not familiar with it.

Are you currently training new watchmakers?

Yes, I’m part of the team that trains new watchmakers. When I’m sent new candidates, I put them through a dexterity test first to see if they’re suitable. It’s a standardised test designed by Seiko. I will also give them another test with quartz movements, to see if they have the “sense” to handle movement assembly.

Why use a quartz movement for the second test?

Because it’s simpler than a Spring Drive movement. There are less parts, so it’s a good place to start.

Grand Seiko is becoming more prominent, and demand for its watches is increasing globally. Do you feel the pressure to train watchmakers more quickly to meet this increased demand?

There’s pressure, but training people to do this work is not easy, so I want to take the time to educate them properly. This cannot be rushed or sped up, unfortunately.