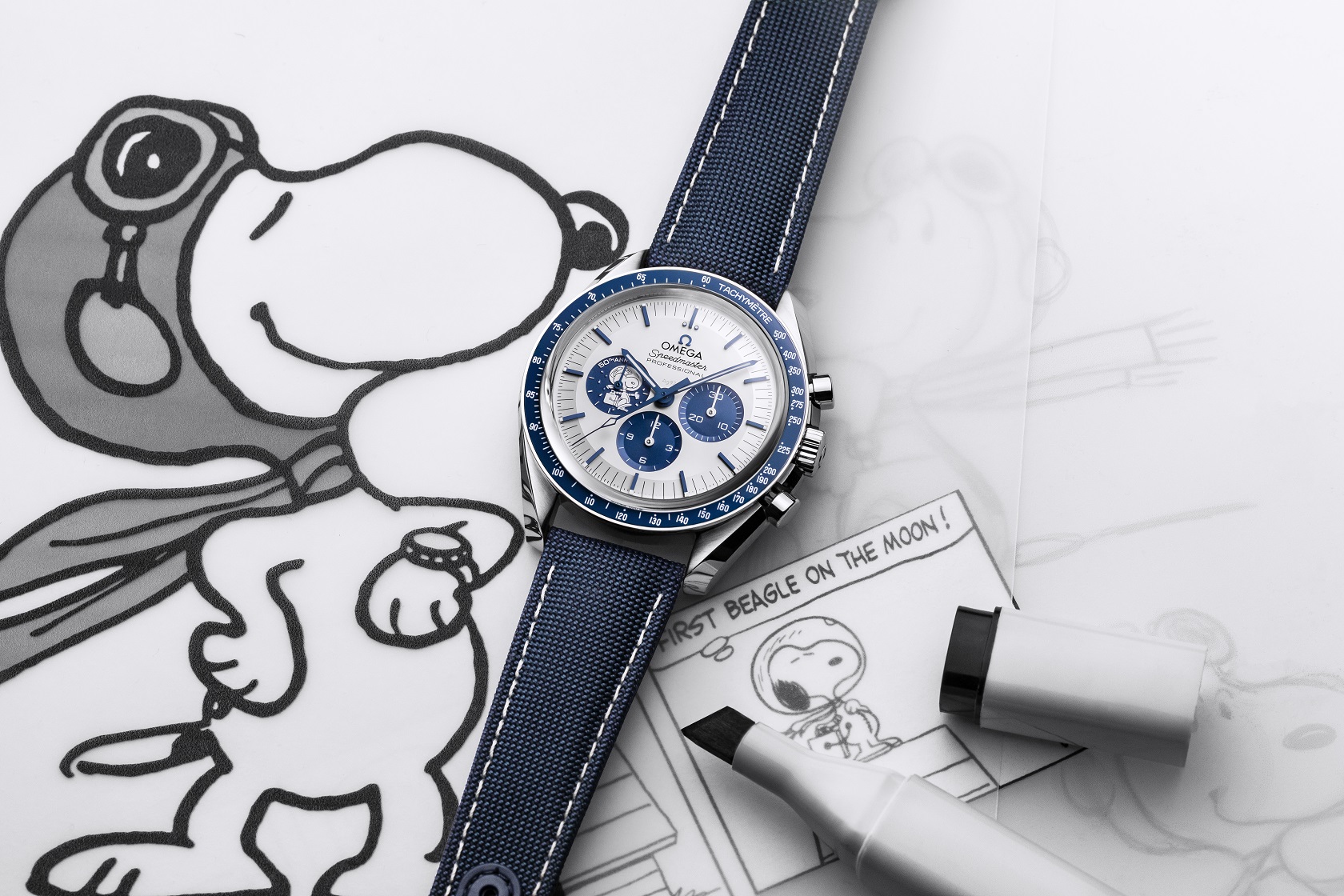 Snoopy has appeared on several Omega Speedmaster timepieces over the years. In every such edition, he’s decked out in an astronaut’s spacesuit with his iconic “Flying Ace” scarf. These iterations actually commemorate the Silver Snoopy Award, which NASA’s astronauts personally present to individuals or organisations that have contributed significantly to “the success of human space flight missions”.

Omega was honoured with its own Silver Snoopy Award in 1970 following a series of missions that saw astronauts equipped with its Speedmaster chronograph, which had been declared “flight qualified for all manned space missions” since 1965.

The critical importance of this timing instrument is best exemplified by the ill-fated Apollo 13 mission, in which an oxygen tank exploded onboard just two days after its crew launched into space. Following an escalating series of events that saw the astronauts looping around the moon before struggling to return to Earth, one final hurdle remained: the spacecraft had drifted off course, and this needed to be corrected with an exact 14-second burn of the engine.

With nearly all power shut down to conserve energy, the onboard digital timers were useless. The astronauts’ Omega Speedmaster chronographs, however, performed flawlessly, and the crew of Apollo 13 successfully made the course correction before splashing down into the Pacific Ocean.

The Speedmaster “Silver Snoopy Award” 50th Anniversary marks half a century since Omega was presented with its own Silver Snoopy Award. With mankind’s renewed interest in space exploration, there’s no better time to reflect on the daring-do of the early pioneers of this field – and the tools and instruments that accompanied them.