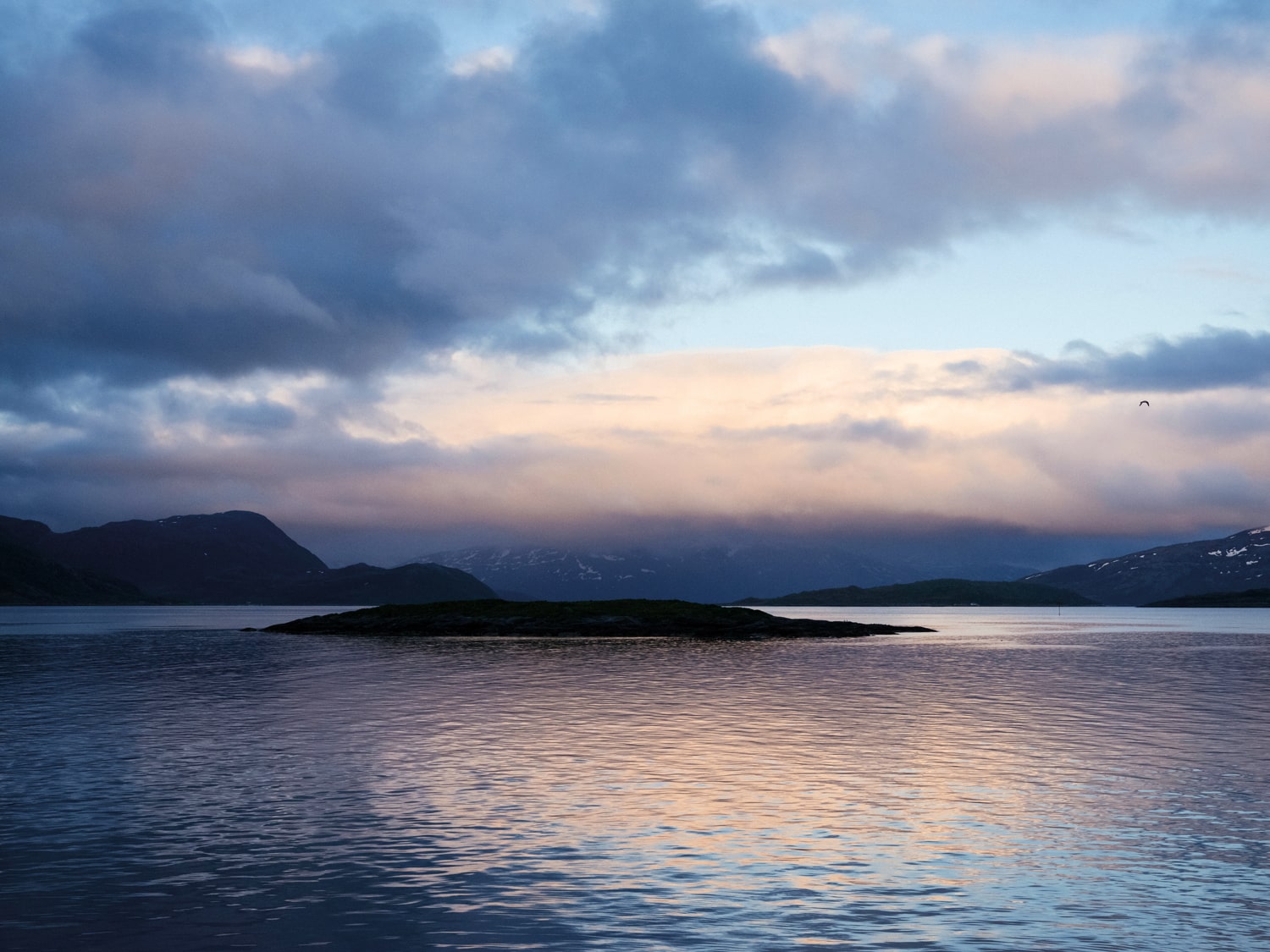 We had no idea where we were going, even when we were in the air, our vessel skimming over fluffy white clouds. The destination for Hermès’ annual themed trip remained a mystery. The luxury house had conspired with the airport staff at Charles de Gaulle to keep us in the dark. All our boarding passes had been carefully blacked out where the destination had been printed.

There was one clue though. On each of our seats on the plane sat a book of different titles. Mine was A Doll’s House, the seminal play by 19th-century Norwegian author Henrik Ibsen.

Quiet murmurs began filling the plane as the passengers discovered the common thread running through the chosen books – the country of Norway. As if on cue, the sun broke through the overcast horizon, filling the aeroplane with its light.

The idea for an annual theme originated from the mind of the late chairman and CEO Jean-Louis Dumas-Hermès, who wanted to unify the spirit of the people at Hermès, no matter where they were on the globe. The year was 1987 and marked the 150th anniversary of the luxury maison. So naturally, the theme was fireworks.

It has been 32 years since the first edition, but the annual themed gathering is still going strong. Last year, guests received an oversized playing card that requested them to come overdressed and to be ready to, well, play. And play, they did, in the heart of Paris at the Hôtel Salomon de Rothschild, which had been turned into a whimsical wonderland filled with games of the board and casino variety, while magicians, troubadours and their ilk wandered the hallways to astound and delight the guests.

This year, the invite came to me in the form of a beige card bearing the words “In the pursuit of dreams” in exquisite gold lettering. Beneath the elegant stationery was a packing list filled with words such as wool, coats and waterproof boots, making it clear that there was going to be cold weather, hiking and some semblance of danger involved. I was excited.

Welcome To The Edge Of The World

As early as 1100 BC, humans already knew that the earth rotated on an axial tilt simply by measuring the length of the shadows casted on the ground. It was only in the 16th century that astronomers and scientists were able to measure with some certainty the exact degree of the tilt. It’s twenty-four degrees, give or take, depending on the epoch you’re in.

This tilt, coupled with the earth’s natural rotation, is the reason for seasons. This also explains why I was at the edge of the Arctic Gateway, marvelling at the orange ball of light floating proudly just above the distant horizon. My watch read 10pm.

We had landed in the city of Tromso, Norway three hours prior, then piled into a bus that brought us to a chain hotel situated just beside the pier. Stripped out of our Paris best into a blend of wool coats and technical boots, we boarded a ferry that took us to an island called Musvær.

I was dressed in a lush Hermès mohair coat and buttoned turtleneck that conveyed to the other 149 people on this dreamy journey that I was hiking to the edge of the world as fashionably as I could.

There I stood in my ensemble at the top of the hill in Musvær, the chariot of Helios refusing to succumb to the moon, taking in the gorgeous view of the Arctic Gateway and the midnight sun. I felt like Jon Snow, except unlike him, I wanted all of these.

After all of us had picked up our jaws off the moss-covered ground and taken as many photos as we could of the midnight sun, we trooped over to a giant tent built for the purpose of pursuing our dreams. And at 10.45pm, everyone’s dream was mainly about satiating the pit of hunger rumbling in our stomachs.

Sitting down on the long wooden benches, under a khaki tarp that shielded us from the lazy drizzle that had descended on the land, while feasting on a smorgasbord of local delicacies prepared by Michelin-starred chef Heidi Bjerkan, it was easy to forget that we were literally in the middle of nowhere.

Somehow, an army of people had transported these big wooden beams, long tables and benches, massive canvas tarpaulins, enough ingredients to feed a 150-strong group of employees and media, and more to Musvær, a small body of land surrounded on all sides by water, to create this one-night spectacle. As if reading my mind, my dinner companion seated across from me mentioned in passing that this event took six months to plan while slurping on the freshly-caught shellfish.

Hermès doesn’t do things in halves.

Many courses later, dinner was done. The sun still blazed in the distance as the hour hand on my watch ticked over to 12, signalling midnight and the start of a new day. While the rest of Norway was ensconced behind blackout curtains, our night’s watch had only begun.

We left the tent and made our way over a wooden bridge to a makeshift stage that had piles of rocks stacked onto it. After everyone had made themselves comfortable on the hillside, a blonde Nordic singer dressed in a blood-red outfit went on stage and started singing in her native tongue. Her name was Sigrun and her voice was so hypnotising that I caught a few people succumbing to the Sandman’s embrace.

I didn’t blame them. It was already one in the morning. However, I was determined to continue pursuing my dreams.

The next stop on the itinerary was the abandoned island of Sandøya. While Musvær boasted a population of six (actually a family), Sandøya is inhabited by a Danish man, who had settled there some 40 years ago.

A former fishing village in the 17th century, Sandøya is now a popular destination for hikers thanks to its mixture of gentle meandering trails and tough rocky routes. The stunning views at the end are definitely draws as well.

We hiked for close to two kilometres, clambering up mossy stones and crashing through small shrubs and medium-sized bushes, to reach another clearing overlooking the ocean. There, another musician named Loup Barrow emerged as though from a dream, playing his cristal baschet, which was invented by Bernard and Francois Baschet in Paris in 1952. It was a crisp yet soulful tune, one that reminded me of melancholy and longing.

We spent another hour on the island, trekking through the same path to yet another group of huts, where sustenance and more music awaited us. I had been awake for close to 24 hours now, having woken up at six in the morning on the previous day. It was now 4am, and I could tell from the faces of everyone around me that had they stopped and sat down, they would immediately fall into a deep slumber.

The sun was still doggedly hanging onto its spot in the sky when we returned to our ferry for the trip back to the mainland. As the boat pulled away from the tiny wooden port in Sandøya, almost everyone collapsed into fitful sleep, their dreams buffeted by the sounds of Indre Jurgeleviciute and his kankles, a traditional string instrument.

Surprisingly, I felt no urge to sleep. Perhaps it was the adrenaline, or maybe it was plain stubbornness. I had set out on this journey with Hermès to pursue dreams, and that dream was not waiting for me in the typical state of sleep.

No, it was happening right at that moment in Musvær, Sandøya and Tromso, the beauty of the islands’ landscapes personifying Hypnos and Nyx, while the midnight sun was Morpheus. My dream was in the very reality in which I was living.

feature Hermes norway
written by.
Farhan Shah
Farhan believes that every man needs a good tailor and a better barber. You can usually find him at the gym, the bar or the poker table, usually all three in one night.