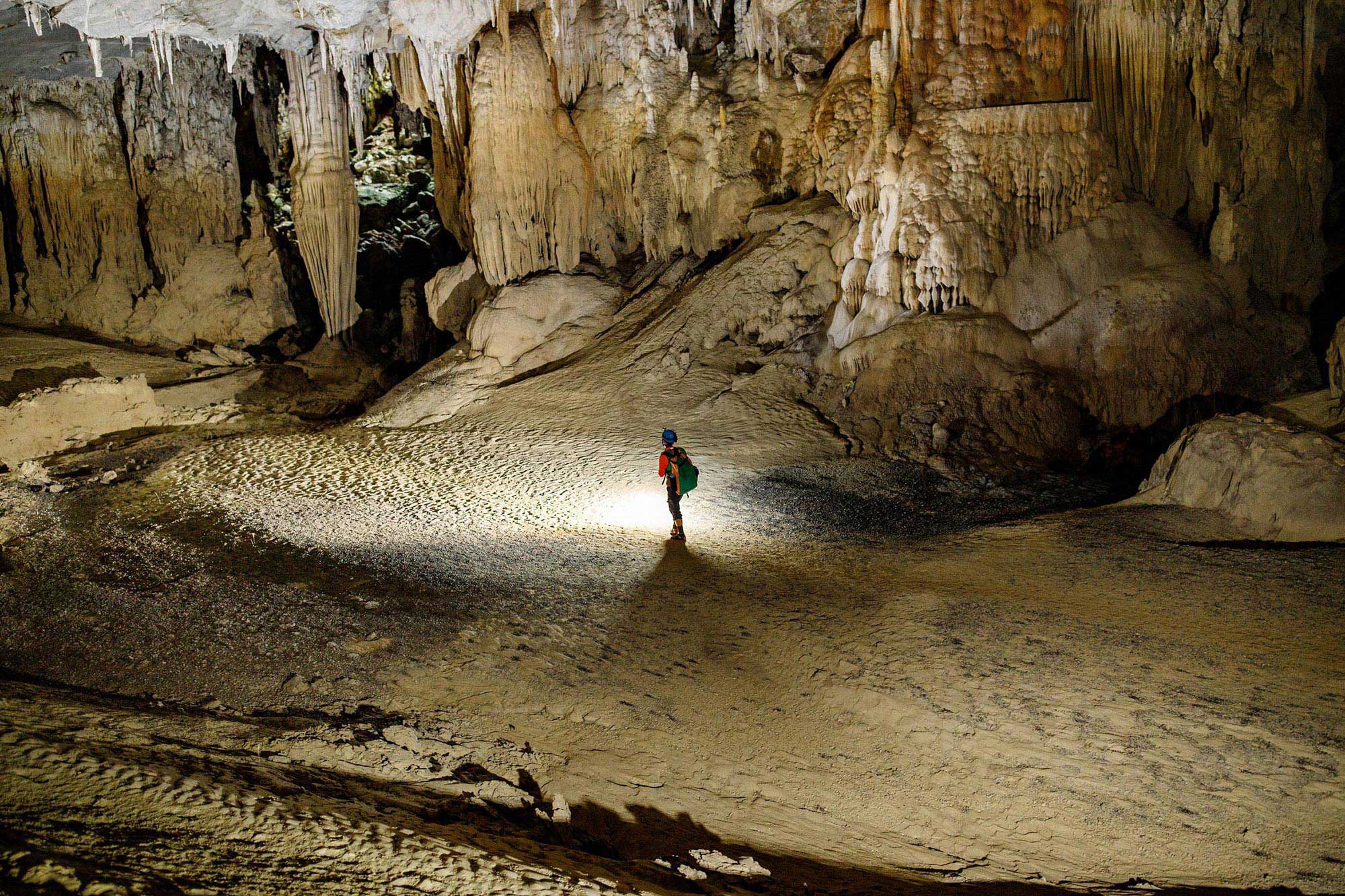 There aren’t any peaks left to summit, seas to cross, or lands to discover today. With every coastline mapped and every mountain surveyed, there’s simply no uncharted territory to explore.

Montblanc, however, believes that the act of exploration and the spirit behind it are distinct from each other – the endeavour itself may no longer be necessary, but the attitude behind it remains vital even today. To that end, we were invited to join the brand on a trip to Vietnam’s Tú Làn limestone caves, all to rediscover the spirit of exploration in the modern context.

Located in Quang Binh Province that forms Vietnam’s narrow waist, the Tú Làn cave system is part of the region’s karst landscape, which is formed by the uplift and erosion of the area’s limestone bedrock. It’s not easy to reach. One first enters Vietnam via Ho Chi Minh City or Hanoi before taking a domestic flight to Dong Hoi Airport. From there, it’s another 90 minutes by car to reach the village of Tan Hoa, which sits around 70 kilometres away.

Tan Hoa is where the fun begins. Here, you set off with Oxalis, the company that operates adventure tours for the Tú Làn cave system and other attractions in the area. Things start off easily enough with a 2.5-kilometre hike out of the village towards the hills, allowing you to take in the picturesque karst landscape along the way. Following a crossing of the Rao Nan River, however, it’s a strenuous half-day trek over two limestone hills to reach Tu Lan Valley, where the campsite is. This is the base from which we explored the four interconnected caves that comprise the Tú Làn limestone caves over the next day-and-a-half – including the eponymous Tú Làn cave – before making our way back to Tan Hoa.

Hiking through karst country puts one in a world that’s strangely familiar yet also quite alien. Here, the tropical flora and fauna that you expect are all present (mosquitoes included). It’s the landscape itself that feels foreign, with rivers that disappear into sinkholes before reemerging elsewhere, and sheets of razor sharp rock littering the landscape alongside boulders riddled with holes. These landforms are all caused by the peculiar weathering patterns of limestone, the area’s predominant rock, and it’s this process that created the spectacular caves that pepper the region.

The caves themselves are a magnificent sight and quite the experience to traverse. Each has a river running through it – actually parts of the same drainage system – with sections that sit above the water either permanently or when it’s the dry season. Going through these caves thus needed us to alternate between swimming (with/against the current) and scrambling across the silty dry sections above it on foot.

With conservation being a priority, there were no permanent structures in the limestone caves, so we relied only on torches and headlamps to see, and carried everything we needed with us in our dry packs. It’s admittedly a far cry from the explorers who had originally mapped these caves, but still a novelty for us city-dwellers; getting used to the bats and insects that occasionally swarmed us certainly took a while, as did swimming while feeling for submerged rocks hidden in the opaque water.

Switch your headlamp off, and you’re left in pitch black with a damp coolness on your face, along with the dripping sound of your wet clothes and equipment on the floor below you. It’s either serenity or terror depending on how you look at it. Now, imagine doing that as the first human in an as-yet unmapped cave.

Whether it’s for a walk on the wild side or just for a sense of novelty, the tours that Oxalis offers in the area definitely make for a good holiday. For me personally, it was the epiphany that something which has been done before doesn’t necessarily make a personal journey through a landscape any less challenging or rewarding. So get out there, be it an unfamiliar city or the wild, untamed country, and discover for yourself what it’s like to be an explorer.

Embarking on a solo project when you’re an accom

25- year old @zacariasbonat made history for the D