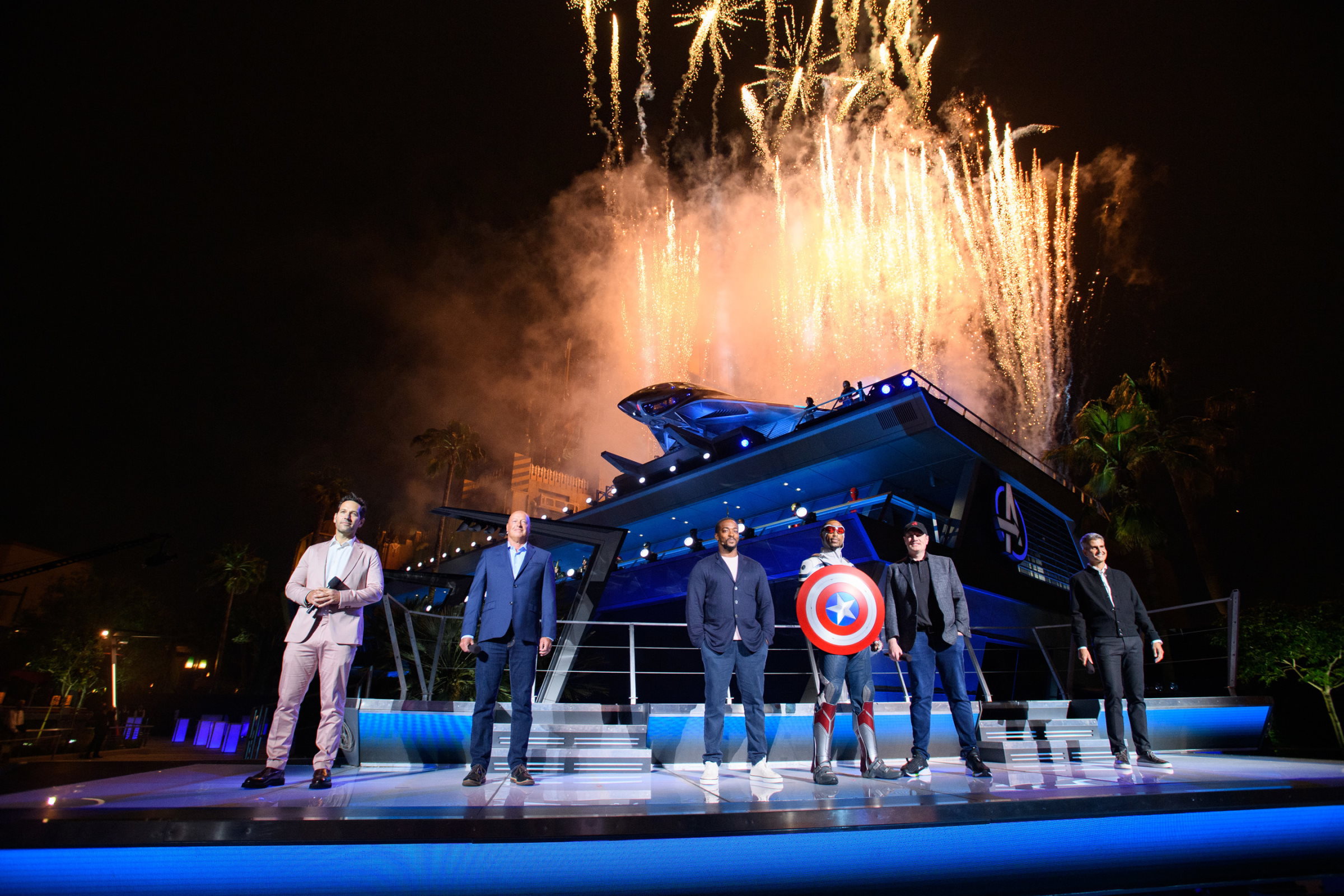 Superheroes assemble! The all-new Avengers Campus at Disney California Adventure Park is open for business. The immersive new land invites guests of all ages to experience their own heroic adventures alongside staple Marvel characters.

The new land was designed by Walt Disney Imagineering in collaboration with the teams that guide the Avengers franchise. Once guests step into Avengers Campus, they will be part of the action as it unfolds around them with their favourite heroes.

Avengers Headquarters is the themed attraction’s main centrepiece. The iconic building features a shining Quinjet sits atop its roof as a beacon for the campus. While exploring Avengers Campus, recruits may encounter Iron Man in his new armour, the Mark 80.

Ant-Man and The Wasp, along with Okoye, appear for the first time at the Disneyland Resort. At the Ancient Sanctum, Doctor Strange will train recruits in the ways of the mystic arts. In addition to spotting mainstay Marvel characters, the Avengers Campus will also feature several themed rides.

Web Slingers: A Spider-Man Adventure will take guests on an interactive escapade. Tom Holland reprises his role as Peter Parker in the land’s new attraction. The action-packed ride invites guests to put their web-slinging skills to the test, a feat accomplished with innovative 3-D technology adapted specifically for this attraction.

Looming high above the land is the towering citadel of Guardians of the Galaxy – Mission: Breakout! The fan-favourite ride has been around since 2017 adds a cool element to the Avengers Campus. Guests are the protagonists of this rockin’ adventure, which features thrilling free-fall drop sequences.

No themed attraction in Disneyland is complete without its accompanying restaurants and shops. The new Marvel attraction makes full use of the MCU characters with eateries such as the Pym Test Kitchen featuring Impossible. Using ‘Pym Particles’ the outlet applies innovative science to the food creation. At the Pym Test Kitchen normal foods are showcased at unusual scales, including shareable bites, inventive-sized entrees, and tiny treats.

At the eatery, guests can also savour foods like the Impossible plant-based meatballs, both large and micro and served with pasta in a super-sized spoon with a tiny fork. Adjacent to Pym Test Kitchen is the Pym Tasting Lab. Here, an oversized beer can signal that grown-up beverages are available.

Guests may order a craft beer, ranging from a blood orange hefeweizen to an amber lager. Those thirsting for something unique can try one of the Pym Research Staff’s Pym-Particle infused cocktail experiments, along with bite-sized snacks.

There is also the Shawarma Palace, a throwback to the first Avengers film. This eatery specifically references the end credits scene that takes places after the Battle of New York. Just like the Avengers, guests can enjoy shawarma-inspired wraps at this food cart. At the Campus Supply Pod, guests can purchase official Avengers Campus gear and merchandise including performance fleece hoodies and tees, headwear, and drinkware.

Not For The Faint Hearted: The Most Extreme Roller Coasters In The World

The Malaysia Singapore VTL Is Back On Again