Where to go in Bulgaria, one of the most underrated European destinations
Sort & Filter
Close Filter
Sort By
Date
Relevance
Filter By Category
All Categories
All
Style
Culture
Gear
Food & Drink
Travel
Wellness
AM Select
Apply
Filter By Location
singapore
All Countries
Travel
The Four Seasons Private Jet Is Ready To Fly You To Exotic Destinations In 2022
Travel
Qatar’s Floating Eco-Hotel Concept Is Designed To Generate Its Own Electricity
Travel
Walking Through History: The Most Visited Museums In The World
Travel 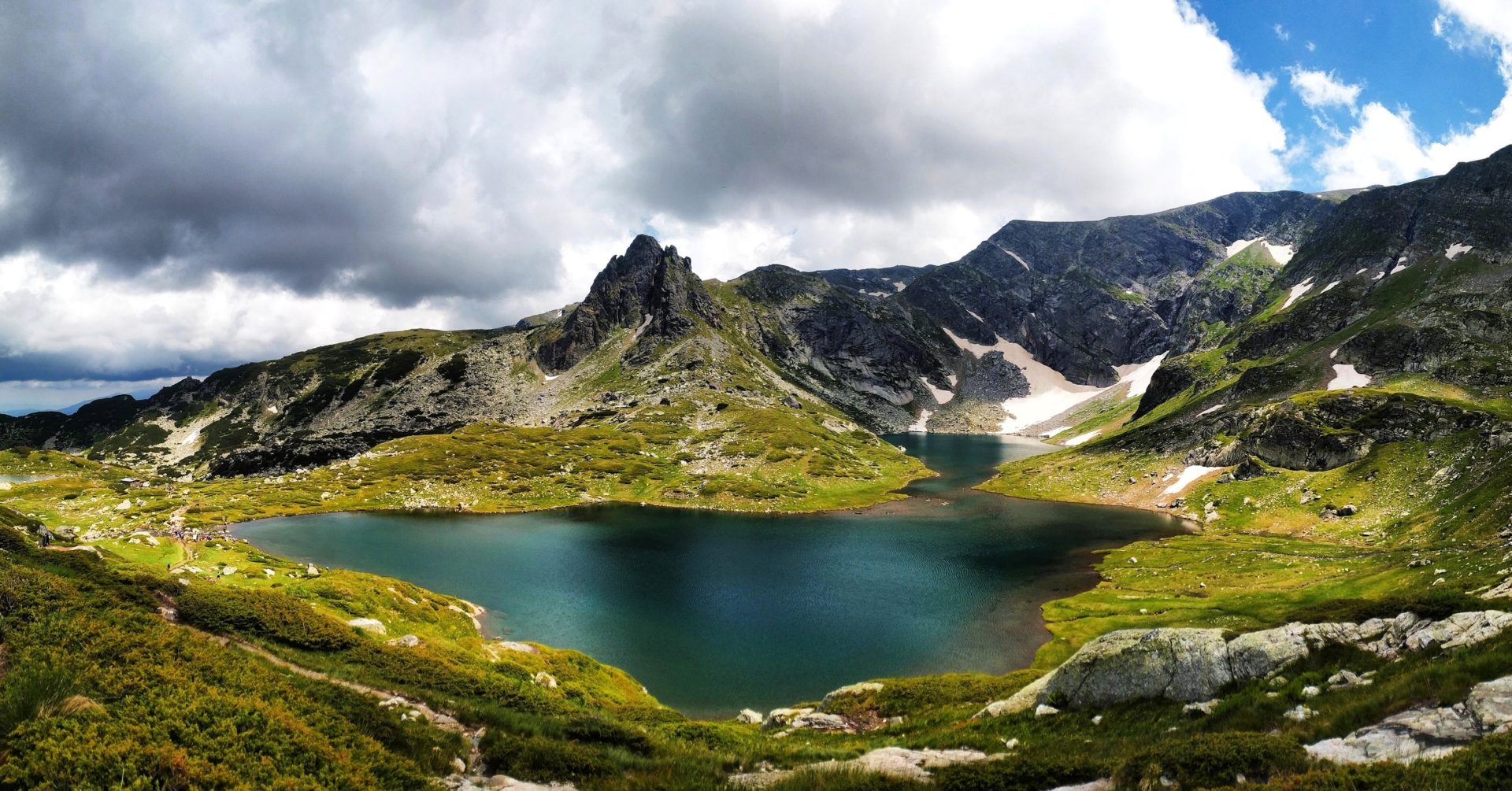 McLaren Automotive And Richard Mille Unveil Exclusive RM 40-01 Speedtail Timepiece
StyleRead More
Here’s A First Look At The New Snake Eyes Movie Starring Henry Golding
CultureRead More
Cauliflower Camembert Is The Latest Intriguing Addition To The Vegan Cheese Scene
Food & DrinkRead More
Hennessy Global Ambassador Jordan Bushell Walks Us Through The Hennessy VSOP X Refik An...
Food & DrinkRead More
Travel inspiration, destination guides, hotel reviews and more - we've got it all. Sign up for our newsletter.
Picking Bulgaria as a holiday destination looks like a decision you make after throwing a dart at a world map. Totally random. Why Bulgaria? There are no direct flights nor promotional airfares. None of the luxury hotel chains have dipped their toes there, so it isn’t about doing a hospitality review. But then again, why not?

A Good Place To Get Lost

The original idea was to get to Athens via Scoot, and then buy a train pass to travel through Albania, Montenegro, Croatia, Slovenia, Serbia, Romania and Bulgaria, and then Scoot out of Athens back home. It seemed like a cool plan.
But honestly, doing eight countries in 20 days is a bit ambitious. And I didn’t want to feel any stress, nor have to wake up at ungodly hours to catch trains. I just wanted a chance to see, do and try new things. So I scaled down. Instead of a touch-and-go trip through a continent, I picked just one country, with the aim of getting the most out of it. And Bulgaria it was, especially also since the exchange rate is good (SGD1 = 1.29 leva), costs are generally low and the Cyrillic alphabet is pretty cool.

The Melting Pot Of Civilisations

Bulgaria is part of the Balkans, bordered by the Black Sea, Romania, Serbia, Macedonia, Greece and Turkey. Being close to the Turkish Straits means the key land routes from Europe to Middle East and Asia pass through Bulgaria. Although this may account for the diversity in its cuisine and culture, its story goes back to Neolithic times and a quick history lesson better explains how the country has come to be a melting pot of cultures, religions and civilisations.

There is enough turbulent drama to make a TV series. But long story short: the region had been a volatile battleground for Thracians, Persians, Celts and ancient Macedonians for centuries. Stability first came when the Romans conquered (AD 45).
Then the Bulgars invaded Byzantium and founded the First Bulgarian Empire (AD 681). This was recaptured by Byzantine Emperor Basil II in the 11th century. But the Bulgars reclaimed it again in 1185 and King Ivan Asen II (1218–1241) established a golden era. After exhausting wars and feudal strife though, this kingdom too fell in 1396 and came under Ottoman rule for five centuries. More recently, in 1946, Bulgaria became a socialist state of the Soviet-led Eastern Bloc. It transitioned into the democracy it is today, after the Communist Party gave up power following the revolutions of 1989.

All international flights bring visitors to the capital, Sofia. Since I didn’t want to spend time in a city, I headed south towards the Rila mountains, famed for its monastery and spectacular lakes. In summer it’s a paradise for outdoor lovers. If you’re too lazy to hike to the top, it’s possible to take a lift up, spend the day and then take the lift back down again. From Rila, I continued south to Plovdiv, which was designated the European Capital of Culture 2019. I found my Airbnb (S$45 a night, ha) in Kapana. The name translates to “the trap”, because of the confounding way its streets and buildings are positioned. Originally an artists’ enclave, it has become a hip and trendy district full of quaint cafés, art galleries, private museums, shops and boutique hotels.

It’s also a stone’s throw from the Unesco protected old town, making it easy to explore many historic sites. Top on my list was the Odeon of Philippopolis. Built circa the second century AD, it was uncovered by archeologists in 1988 and carefully preserved. Its existence is indicative of how important Philippopolis (Plovdiv’s Roman name) was as a cultural and political centre. Today it serves as a venue for concerts.

I saw a surviving section of another odeon in the heart of the old town. This was part of an arena that was used for chariot races in Roman times. This portion has now been incorporated into its surroundings and accommodates a chic restaurant.

A Fort, A Monastery And A Marvel Of Nature

Using Plovdiv as a pivotal base, I took day trips out of the city centre to check out the sights. First was King Asen’s Fortress. Built 279 metres above sea level, it offers spectacular views of the Rhodope mountain range. The remaining structures in the medieval fort include a chapel, living quarters, and various lookout posts and prison cells. Save for the overview, I couldn’t take decent pictures of the interiors because of the tricky angles. Some things can only be savoured by the eye.
Bachkovo Monastery was next, but it was undergoing some renovation work at the time so I didn’t get to see all of it. Its chapel remained open, however, offering glimpses of the superbly intricate art used to adorn Bulgarian Orthodox churches. I could only gawk at the gilded icons of saints and biblical scenes that covered virtually every surface of the chapel.

Venturing further into the Rhodope range, I found Chudnite Mostove and was blown away. A terrain of limestone karst, it was carved by millions of years of erosion into its present series of gorges, buttes and ridges. It’s not dark and dank like most caves but idyllic and airy. The surrounding flora cheerfully pours into it and the Erkyupriya river flows through at 1,450 metres above sea level. Standing in the midst of all this made me feel like I’d found paradise. It is sad to think that in time to come, more portions of this breathtaking phenomenon may collapse from the continued erosion, but for now the only thing I could do was marvel.

Blending Into The Crowd

From the Rhodope, I moved west towards the Black Sea coast. I was lucky to get a modern Airbnb at the edge of Sozopol’s heritage maritime town, making it easy to explore its little alleys, sites and museums. I visited Ravadinovo Castle on the advice of a friend I made at a cafe but was disappointed to find it was more of a theme park. Still, it made for a fun day trip and many photo opportunities.

After getting enough of touring and sightseeing, I was happy to go chill by the beach. I wanted to blend in and become invisible so I could observe how multi-generational Bulgarian families are like on holiday by the sea. But as the only Chinese for kilometres around, this was near impossible.

I needn’t have worried. Bulgarians are truly good folks. In spite of their turbulent history, or perhaps because of it, they’re down to earth and welcoming. I could leave all my stuff unattended, go for a swim and not find anything missing on return. Watching families on the beach sparked memories of my own family seaside outings as a kid. There were doting grandmas holding out towels to the kids as they emerged from the sea. The quivering youngsters were then fed by their mums to warm them up. I recognised the scenes instantly. The familiarity felt comforting. It’s nice to know that however far from home I venture, people are still people and we are still the same human race.