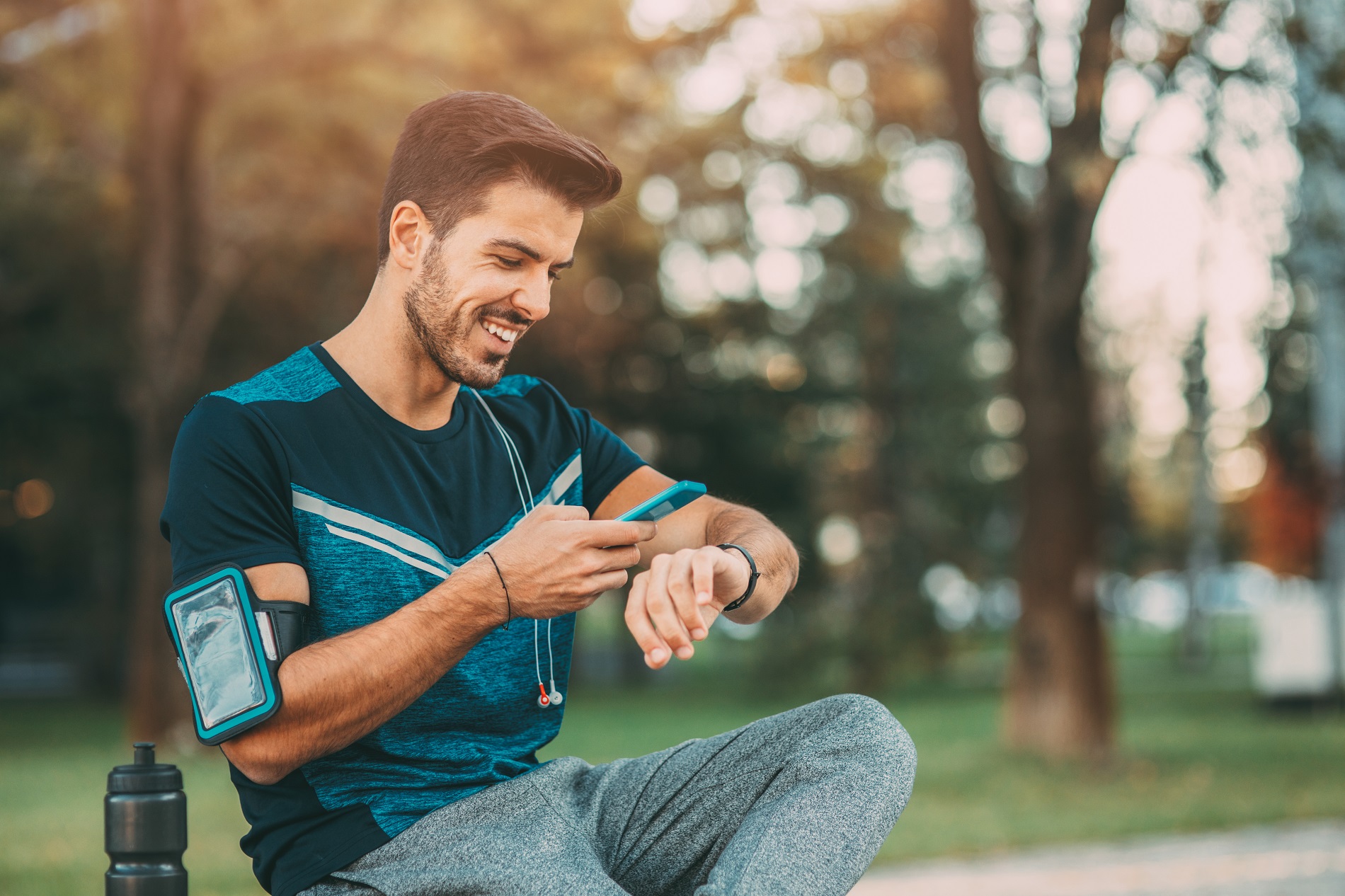 McLaren Automotive And Richard Mille Unveil Exclusive RM 40-01 Speedtail Timepiece
StyleRead More
Here’s A First Look At The New Snake Eyes Movie Starring Henry Golding
CultureRead More
Cauliflower Camembert Is The Latest Intriguing Addition To The Vegan Cheese Scene
Food & DrinkRead More
Hennessy Global Ambassador Jordan Bushell Walks Us Through The Hennessy VSOP X Refik An...
Food & DrinkRead More
Want in on the latest wellness tips and trends? We have it all. Sign up to receive it all.

Some will vouch that a personal trainer is the surefire way to a ripped physique. They’re not wrong. Having a living repository of workout expertise (who’s armed with a laser-sharp understanding of your training needs) on your case is simply bound to deliver results.

But what’s next best for those of us without the luxury of a fixed schedule (jetsetters, for example, who flit from base to base) or deep pockets? We turn to an instructor whose omnipresence in our lives makes it an ideal candidate: the smartphone. Here are 5 remarkable fitness apps that are kitted out to whip you into shape, at little to no cost.*

*Some use an ad model, with the option to pay for removal.

This concisely-named series of apps (by developer Simple Design) are as focused as you’d imagine. Each focuses on a particular type of exercise, and will progressively increase your workout difficulty in increments – just like a real trainer. It also generates charts that log your progress so you can visibly appreciate the gains in strength and endurance.


Most importantly, it makes use of your phone’s accelerometer or proximity sensor to ensure you’re actually going through the motions. For example, in Pushups, place your phone on the floor, then do the deed. Your face has to come close enough to the screen for a pushup to be registered. It also governs your rest times in between sets so you don’t slack off – which is the number one source of inefficiency in unguided gym sessions.

If it turns out you need a human to prod you along, or to look to for motivation, Playbook is the app for you. It’s essentially a ‘fitness Instagram’ which allows you to browse through an activity feed from trainers all over the world.

Once you like what you see, pair up with a trainer provided they have the bandwidth, and you’ll receive access to programmes designed by them, as well as some one-to-one discussion time to chart and realign your progress. Who knows – that pretty face could spur you on just enough for that one extra rep.

Only available on iOS.

The granddaddy of fitness apps, Nike’s refined interface, encylcopaedia-tier breadth of instructional workout videos, and ability to seamlessly work with large screen televisions in the home or hotel room have made it an indispensable tool for many. The app inherited lessons from Nike+ Run Club, which set the bar back in its day and helped the fitness app trend really get on its feet.

It now ranks as one of the world’s most widely-used apps, which offers a chance to join fitness communities with similar training interests in your area. Top tier athletes (including the likes of Roger Federer, Serena Williams and Chloe Kim) lead some of the programmes, which we imagine lends considerable gravitas to sports fan.

Available on Android and iOS.

You really are what you eat. This is the first lesson most trainers impart; minding your intake is half the battle won. You cannot workout without supporting your body, and dieting alone won’t stick. Lose It! helps you demystify that precarious equation by giving you the tools to effectively track and manage your calorie intake. It even reads barcodes in the supermarkets so it can guilt-trip you out of a sinful purchase. As with the other apps, it allows you to map out a meal plan that meets your training needs.

Available on Android and iOS.

That’s right, this one is already on your phone. The path to a healthier, toner you will be fuelled by motivation, and charting your progress in the mirror with weekly snaps of your hardening torso and coalescing muscle can be one of the most poignant reminders of the effort and time you’ve already invested. Seeing your progress mapped out, you’re more likely to soldier through sessions instead of defaulting on your gym schedule.

And hey, it’s going to make one hell of an Instastory or Boomerang if you make a ‘timelapse’ .gif out of it. Just be sure to store the photos in a secure, hidden folder; you don’t want those topless pictures surfacing when someone idly scrolls through your camera roll. Unless, of course, your washboard abs are already in place.

When the carrot didn’t work, this was once the stick. Pact’s interesting premise: anyone could’ve made money by hitting up the gym or finishing a run – but they lost big each time they skipped out on a self-assigned regimen. Where does the money come from or go to, we wondered.

As it turns out, people were likelier to pay for cheat days than gym for cash, so all those fines went into a massive pool that some thought they could profit off of. It was a great way to halt the procrastination and excuse-making. This app worked great for some and horribly for others for a number of years, before the company absconded with the lion’s share of the pool. Dishonest billing and failed payouts dogged its last months of its operation, and it folded in 2017. A fascinating exercise… in human nature.

Technology
fitness
smartphone
exercise
gym
apps
Xiangjun Liao
XJ is the associate digital editor and works the F&B, tech, watch and motoring beats. Correspondingly, he's an alcoholic carnivore with a boyish fascination for all things mechanical. No prizes for guessing which Jaguar he wishes to commandeer.
Talk to Me About:
Technology
gaming
alcohol
restaurants
cars
Watches

According To A Global Sleep Survey, Singaporeans Are Not Getting Enough Shut-Eye
Richard Augustin
Wellness
Get In Shape With These Effective, Celebrity-Approved Diets
Manas Sen Gupta
Wellness
How To Overcome "Zoom Fatigue" From Having Too Many Virtual Meetings
AFP Relaxnews
Wellness
Amp Up Your Home Gym With These Designer Fitness Equipment
Lorria Sahmet
Wellness