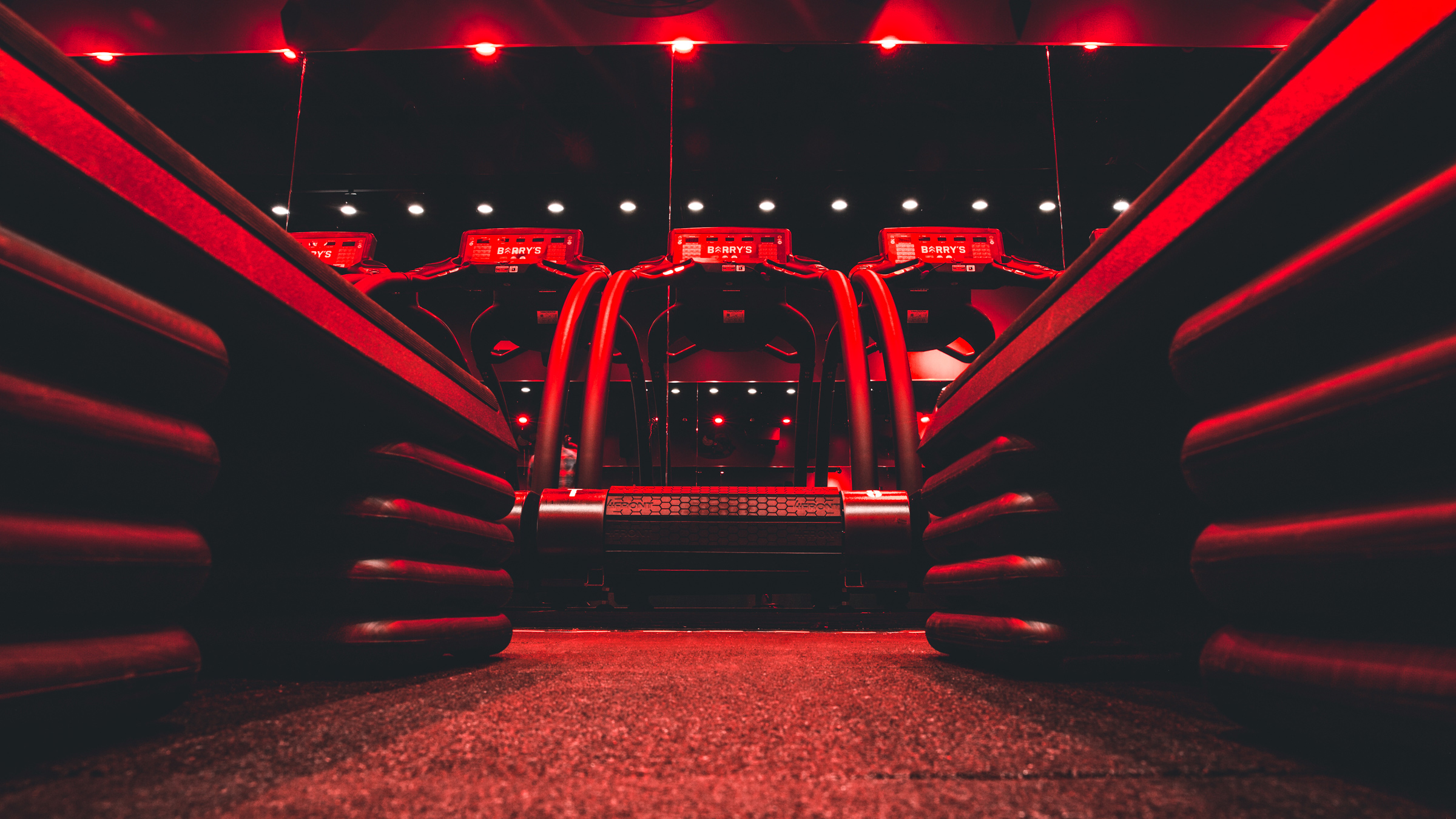 Barry’s Bootcamp is bringing its signature red room to Singapore

OUR little red dot is about to get a whole lot redder. Barry’s Bootcamp, the celebrity-endorsed boot camp studio, will be finally opening their Asian flagship studio in Singapore on May 11 after announcing their launch into Asia last month.

“So many people from Singapore have been asking for Barry’s,” Joey Gonzalez, CEO of Barry’s Bootcamp, told Augustman at the swanky 18 Robinson Road location. “Whether it’s through emails or people DMing me on Instagram, there was a pent-up demand and brand awareness in Singapore that we didn’t see in other parts of Asia.”

A standard class in the signature “Red Room” will have you panting, sweating, and burning a whopping 1,000 calories in less than an hour. You’ll spend half the class on a treadmill doing various routines like sprints and inclines, and the other half will be spent on a bench with weights and resistance bands to tone and sculpt your body.

That might sound like what you’re already doing at your gym with their HIIT classes, but what sets Barry’s apart from the other major fitness franchises is its focus on specific muscle groups.

“One of my favourite things about Barry’s is there is a focus.”
Joey Gonzalez, CEO, Barry's Bootcamp

On Monday you could go in for a class to work your arms, then your lower body on Tuesday, your back and chest on Wednesday, finishing off with your abs and chest on Thursday. “Our instructors are creating original content, so every single class you take will be different from the one before and after,” Joey said. Yes, that includes the thumping music that would make a Barry’s class feel like a night out at Marquee.

Plus, the red lights aren’t going to give you a seizure. Instead, they’re there to compliment your skin and body. “People take their shirts off because you just look great in it,” Joey added, himself no stranger to flexing in the Red Room – check those photos out on his Instagram.

But you shouldn’t be intimidated or worried just because everyone around you is a muscular hunk. “We don’t really promote a specific body type,” Joey said about the aesthetics and results of a Barry’s workout. “If you look at our Instagram, you will see big muscular men like Blake [Bridges, one of the founding instructors] and more lean and toned guys like some of our other instructors.”

“We just know, based on the science in the Red Room, you’re going to be burning fat and building lean muscle tissue.”

If you’re set to embark on your Barry’s journey soon, Joey and his team’s one tip is to not be a hero. “If you start off at the gates pushing yourself too hard, it’s not sustainable,” he said. “We try to encourage people to take it one minute at a time. Do your best, but gauge your ability and know when to push, and know when to pull back.”

At the end of the day, Joey reassures that every Barry’s goer is in good hands. “We select the best trainers in the world. They’re aspirational, they’re inspirational, and they’re educated,” he said. “Our main objective is to make sure that in these four walls, everybody leaves happier than when they came.”

Packages and memberships at Barry’s Bootcamp will range from S$23 to S$46 per class and come with one month, three month, or 12-month membership options.

Barry's Bootcamp Barry's Bootcamp Singapore fitness Gyms Health singapore
written by.
Josiah Neo
Josiah Neo is a tech writer who contributes occasionally to the fashion and travel beats. When he’s not busy keeping up with the keynotes, he’s probably stuffing his face with the best Melbournian donuts (at Shortstop, BTW) or watching his favourite esports team, the LA Valiant, pummel their opponents into oblivion.

The Essential Guide To Tai Chi For Beginners