Kelvin Gastelum: What goes on in the mind of an MMA fighter 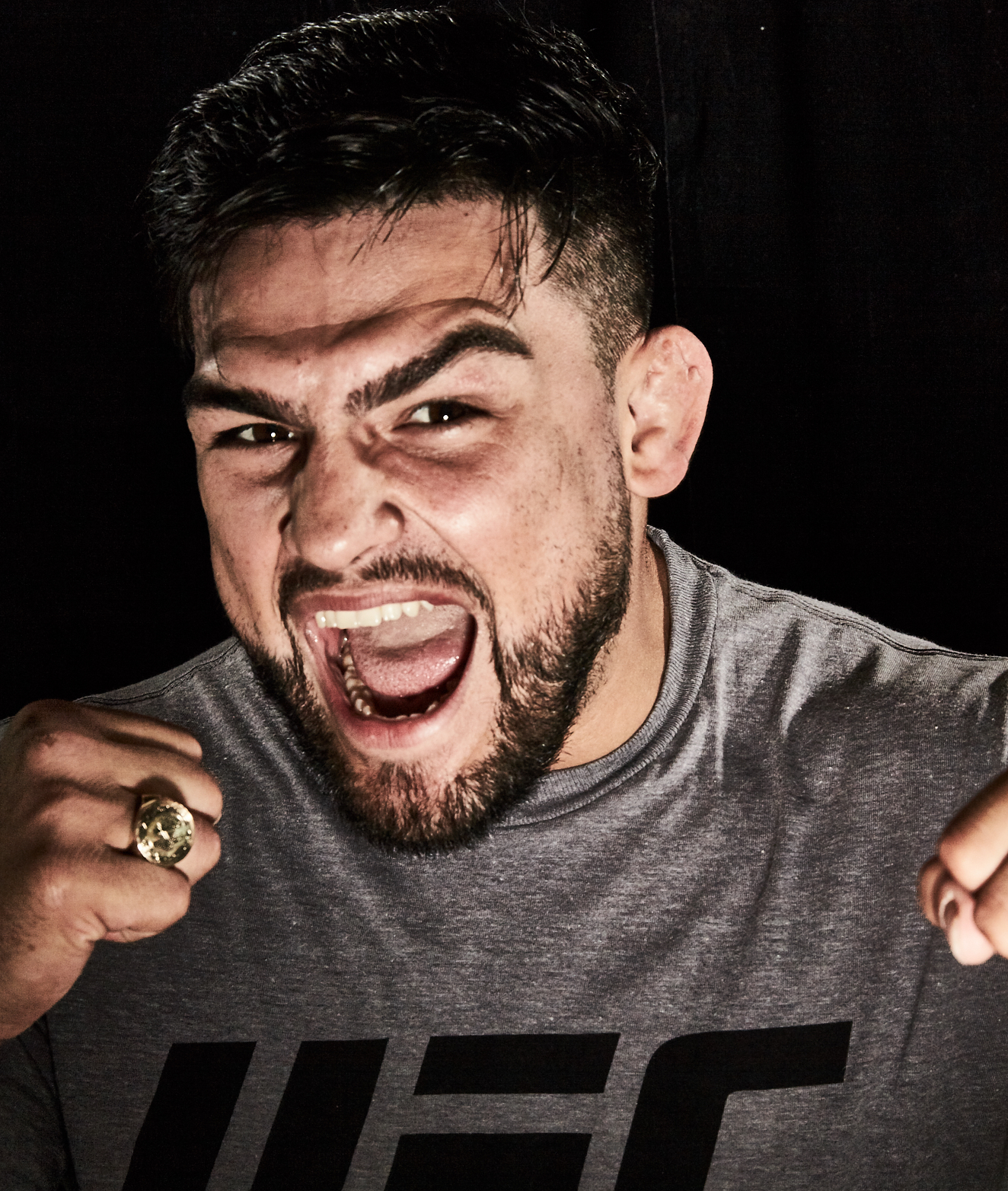 Free Workout Apps That Will Help You Smash Your 2021 Weight-Loss Goals
WellnessRead More
Glenfiddich celebrates a prosperous Chinese New Year
Food & DrinkRead More
WhatsApp Has Updated Its Terms And Its Rivals Are Reaping The Benefits
GearRead More
Luxury Watches To Welcome The Year Of The Ox
StyleRead More
Want in on the latest wellness tips and trends? We have it all. Sign up to receive it all.

Growing up, the first time I got to watch two grown men fight in a ring was when the World Wrestling Entertainment (WWE) matches were aired on television. I didn’t know it at the time, but it was really more of a soap opera than a sport. And as a wee kid, I lapped it all up. I even found myself mimicking the ‘RKO’ moves of Randy Orton.

Mixed Martial Arts (MMA)? It’s a whole new game to me, so I had to do my due diligence before talking to MMA fighter Kelvin Gastelum. The man is fourth on the official UFC middleweight rankings with a record of 15 wins and four losses. One recent highlight of his career was the nail-biting match against Israel Adesanya at UFC 236 that won both men the Fight of the Night award.

You would think a man like Gastelum has nothing to fear. But he showed me something else. There’s an element of mind over matter in MMA and that menacing image of him is cultivated to undermine the confidence of his opponents. What also surprised me was that he’s a pious man. Gastelum speaks to God as part of his pre-fight ritual. Like the rest of us, he too has his share of worries and self-doubt – the man isn’t invincible.

It was also nice to find that he is honest, humble and down to earth. Whatever he’s doing is not just for himself but for his mother. “I owe all my success to my mother,” he shared, “she may not have agreed to this [career], but she saw my passion and got behind me. She’s the secret to my success.”

After nine years of professional fighting, are pre-fight jitters still a thing for you?

Yes, pre-fight jitters are a real thing. For me, I don’t think it’s something that ever goes away. Even for other fighters, veterans, hall-of-famers and former world champions, they’ve told me that it never goes away. You just have to learn to cope with it.

Are you the sort who pushes pre-fight jitters aside, or do you embrace and recognise them for what they are and do for you?

Everyone deals with pre-fight jitters differently. I embrace and suppress them at the same time because, for me, they’re something that starts in your stomach and can take over your whole body. So you have to keep them in. You can’t let them take over your body. I know I can’t, or I’ll lose my emotions. Then I won’t be good for the fight.

What’s your biggest fear going into a match?

Every fighter has their doubts before they go into a fight. Are you good enough, or did you do enough work to be here and win this fight. These are the questions you ask yourself before you enter the ring. I remember thinking before a fight, “Am I good enough to be here as an elite fighter? Why am I doing this? Why am I putting myself through this?” Those thoughts were torturous. But, to be honest, you get your answers only after the fight.

Your recent bout with Israel Adesanya received the accolade of ‘Fight of the Night’. Can you tell us what went on in your mind that day?

I go in expecting every fight to be of this level. Obviously, in my mind, I was hoping to knock my opponent out in the first round. But you can’t do that. You have to be ready for the worst-case scenario. And I was. That night was a five-round war.

You were a coach at some point in your career. What was your biggest takeaway during that period?

Being in the limelight in UFC, you kind of forget what it was like when you first started as a rookie. As a coach, those guys reminded me of my phases: how hungry I was to compete, and how I wanted to thrive in this sport. I’d say that was my biggest takeaway because it was an important lesson. You can’t forget where you came from.

Did that light a fire in you, to push yourself even harder than ever before?

I’ve always had the fire in me. That’s why I keep getting up off that mat in the ring because I hated losing more than I liked winning. I guess the other part that pushes me is just heart. And you can’t teach that. Those are things I believe I have a lot of. Fire and heart. All that experience [as a coach] was, a little reminder for myself. Sometimes you need that: this is where you come from and that is where you wanna go. So what do you have to do? Work hard. Grind it out.

Kelvin Gastelum will be in Singapore for the UFC Fight Night event on 26 October.

mma
UFC
interview
kelvin gastelum
Lester Tan
Lester is into films, food and basically anything culture related under the sun.
Talk to Me About: