Home > Culture > Film & TV > ‘The Witcher: Blood Origin’: What We Know About The New Cast And Intriguing Plot

‘The Witcher: Blood Origin’: What We Know About The New Cast And Intriguing Plot

Netflix released the first full-length trailer of The Witcher: Blood Origin on 4 December 2022, revealing more of a world populated by elves.

The Witcher: Blood Origin is a prequel series that is set in what is described as “Golden Age of Elves” — 1200 years before the events of The Witcher.

Both the prequel and the main series are based on The Witcher series of books written by Polish author Andrzej Sapkowski as well as the video games based on them.

“More than a thousand years before the events of The Witcher, seven outcasts in an Elven world join forces in a quest against an all-powerful empire,” reads the official synopsis of the show on Netflix.

Part of the buzz around the prequel series is the departure of Henry Cavill as the titular Witcher from the main series. Cavill played Geralt of Rivia, the main character who would now be played by Liam Hemsworth. 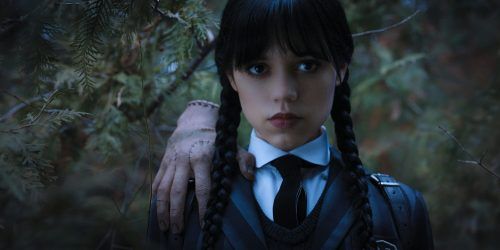 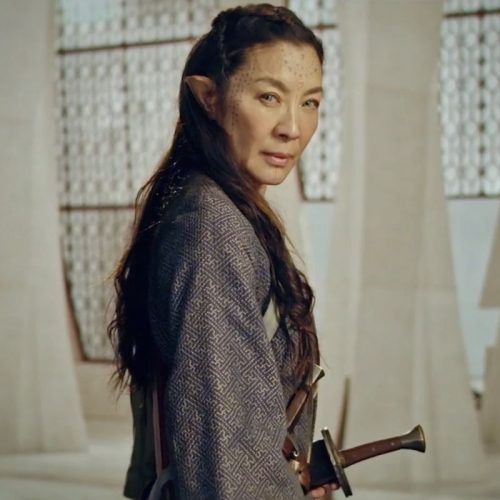 What we know about The Witcher: Blood Origin

Trailer shows elves at the height of their power

The trailer shows a magnificent Elven kingdom. There are neither humans nor monsters around, but the powerful elven soldiers are seen carrying out violent acts on helpless people.

The focus of the trailer is on Éile (Sophia Brown), and Fjall (Laurence O’Fuarain). According to Netflix, the two characters are the protagonists of the series. They are sworn enemies from their respective elven tribes, but are brought together for a common quest to defeat a tyrannical empire.

Joining them is Scían (Michelle Yeoh) — the last remaining member of the sword elves race. A previous teaser trailer, which was released in November, had its focus almost entirely on Yeoh’s character.

Four other warriors also join the trio to make it a team of seven.

There is a hint in the trailer that, unknown to the main characters, some kind of monster does live on the continent. This monster appears to be having a connection with Chief Sage Balor (Lenny Henry), a powerful elven ruler who seems to be the main antagonist of the series.

The trailer’s narrative bits are in the voice of Seanchaí (Minnie Driver), who is described by  showrunner Declan de Barra as a “shapeshifting storyteller.”

It ends with Seanchaí telling a visibly surprised Jaskier (Joey Batey), “You’re a bard. I’m a storyteller. I need you to sing a story back to life.”

“Are you sure you’ve got the right man for this?” Jaskier asks.

It is not clear how Jaskier, who lived in the time of Geralt, would appear 1200 years ago.

According to de Barra, the show will reveal more about the mysterious monoliths seen in the main series as well as explain how the event called Conjunction of the Spheres causes havoc on the continent.

The show will premiere on Netflix on 25 December 2022.

Manas enjoys reading detective fiction and writing about anything that interests him. When not doing either of the two, he checks Instagram for the latest posts by travellers. Winter is his favourite season and he can happily eat a bowl of noodles any time of the day.
Lisa's net worth Jazz Music Film & TV Keanu Reeves